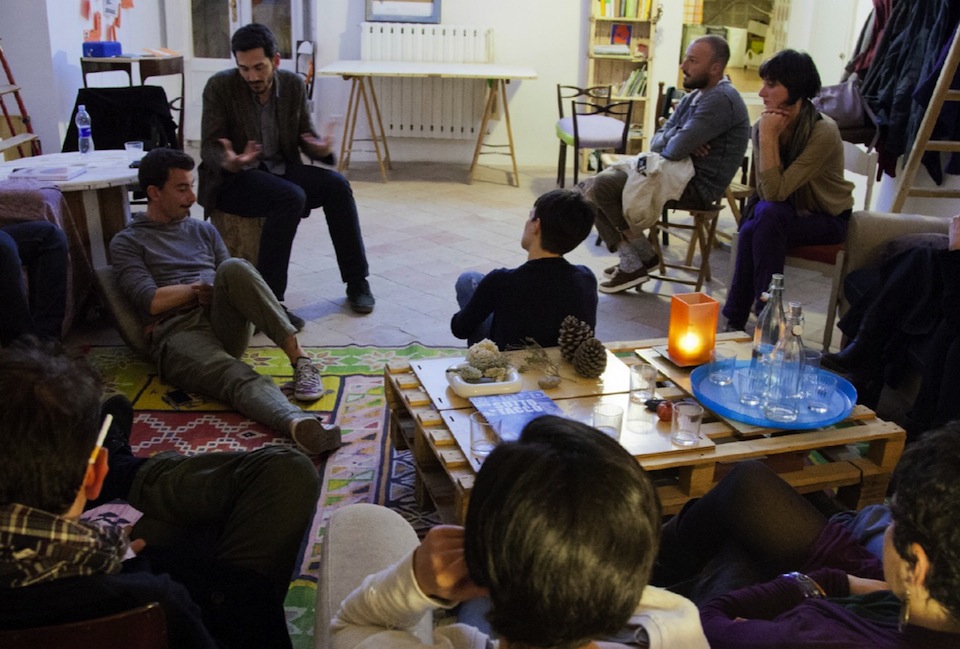 What if coworking was a slow, spacious affair that offered a respite from the everyday grind and included meals, walks and intentional collaboration? What if, rather than being in an urban setting, the coworking space was in a small, rural town? And what if you lived, temporarily at least, in the space? Would your work benefit?

Coworking is a great way to make friends, get ideas, and collaborate. But coworking spaces are also places where startups and freelancers are busy working on their projects, finding clients, and securing funding. This often leaves serendipity to the space between the work: at the coffee maker, passing in the hallway, or at mixers.

But what if coworking was a slower, more spacious affair that offered a respite from the everyday grind and included meals, walks and intentional collaboration? What if, rather than being in an urban setting, the coworking space was in a small, rural town? And what if you lived, temporarily at least, in the space? Would your work benefit? Andrea Paoletti says yes.

Co-founder, along with Mariella Stella, of Casa Netural, a coworking and coliving space in Matera, Italy, Paoletti says that coliving is an essential element of rural coworking and without it there is no coworking in rural Italy. He points out that Matera is a small town and many of its young people have left, moving to big cities to seek opportunity. This leaves half-empty buildings in the ancient and beautiful Sassi cave dwellings, and a small, isolated culture. Paoletti argues that to activate the serendipity that comes with coworking, you have to bring new people and fresh ideas into the space. The coliving model does just that. 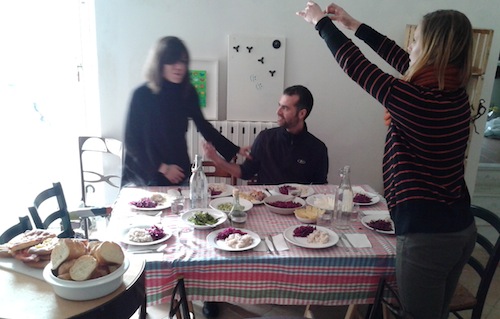 There are two benefits to rural coliving. The first is that it has the potential to revitalize rural communities, which is at the heart of what Casa Netural is about. Casa Netural challenges the notion that the future is just in large cities. Through it, Paoletti is exploring the possibilities for small villages and rural areas.

“I think the future can come from this kind of territory,” he says. “And someone has to do it otherwise they will disappear. Coliving can be an attractor for other people like me who are maybe inspired by what we are doing and they want to come see it. Then they maybe want to buy a house, or rent a place, then we become a group of people.”

The second benefit of coliving is that it can revitalize those who live and work in the space. In a home setting such as Casa Netura, the opportunities for conversation, connecting and collaborating extend far beyond those in a space that is solely for coworking. There are group meals, trips into the surrounding areas, bedtime chats, early morning brainstorm sessions over coffee and more. With rural coliving, the idea is to slow down and focus on the people around you, which can lead to serendipitous conversations, relationships, and breakthrough ideas. 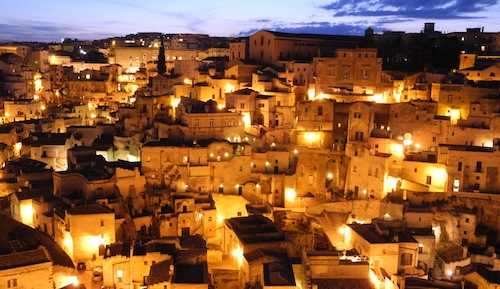 “Most of the time coworking is not really collaborative space because everyone is really focused on their own thing,” Paoletti says. “In coliving, the focus is not really on how to stress and create a better business but how these relationships can create the best business, or give you a new tool.” He continues, “In small villages we don’t have to think about IT startups or millions of Euro investments. I think starting from the small example is what can really create the biggest social impact on the territories.”

Designed with social innovators, progressive thinkers and entrepreneurs in mind, Casa Netural is a space where visitors and locals work, relax and connect with each other. It’s a homey, open and casual environment in which people can refresh themselves, enjoy what the village and surrounding territory has to offer and get a new perspective on projects. The space coordinates regular get-togethers with the Matera locals and encourages the development of connections and collaborations, while getting some work done.

“With rural coliving, you go there because maybe you have free time or maybe you want to be more focused on one priority of your life,” Paoletti says. “It can be practical work but at the same time maybe you want to write an article or write a book or take just your own time to focus on other things, so you go there. That’s the reason for coliving.” 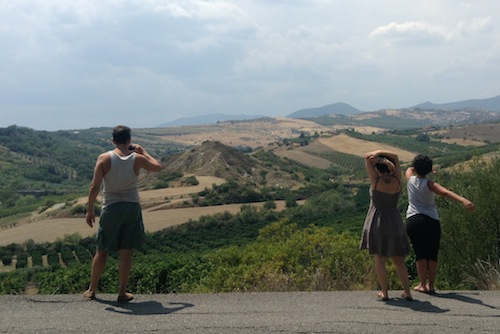 Coliving partipants take in the view

An architect and designer who has worked on numerous collaborative spaces in Italy, Mexico and the U.S. including HUBs in Milan and San Francisco, Paoletti calls Casa Netural home. He talks passionately about the potential of rural coworking to bring people together, further ideas, and spark relationships. He says having the coliving space be in the home of the host is essential for creating a warm, welcoming space that also acts as a point of reference for the territory. An additional feature of Casa Netural is its Explorer program where participants are introduced to the surrounding areas and innovative projects that are happening within them.

“Most of the journalists focus just on big cities and big companies and they never really see what’s happening in smaller spaces,” says Paoletti. “There are a lot of good examples of small businesses or just very good people that do things in a good way. For us, that is the future of the world; doing things with passion and in a good way.”

It’s easy to picture coliving and coworking at a place like Casa Netural, nestled in the magnificent Sassi but, as Paoletti points out, this model doesn’t work everywhere. He references places near where I live as examples: “San Francisco? No. Santa Cruz? Maybe. Big Sur or Napa Valley? Perfect.” The idea, it seems, is to get away from the everyday hustle and bustle; to find peace, relaxation and beauty in order to create with a fresh and inspired mind.

Inside the cozy, Casa Netural

While this all sounds pretty good, Paoletti acknowledges that there are challenges to having everyone working, and living, in the same space. Occasionally two people will have a personal problem that enters the coliving space. Or sometimes people don’t want to engage with the community, they just want to slow down and focus on their business. The keys, he says, are to maintain the space very spontaneously, not plan too much in advance, and keep the focus on maintaining relationships. This is where Paoletti’s rural coliving model shines, with its emphasis on spontaneity, working together, developing relationships and ideas, and stepping away from the daily work grind.

“When you need inspiration, you need to slow down your life,” he says. “It doesn’t mean that you are not working or not thinking about your project. You need to stop your normal life, and go somewhere that you can be inspired, meet interesting people and join meaningful conversations. From that,” he adds, “you can create new things.”