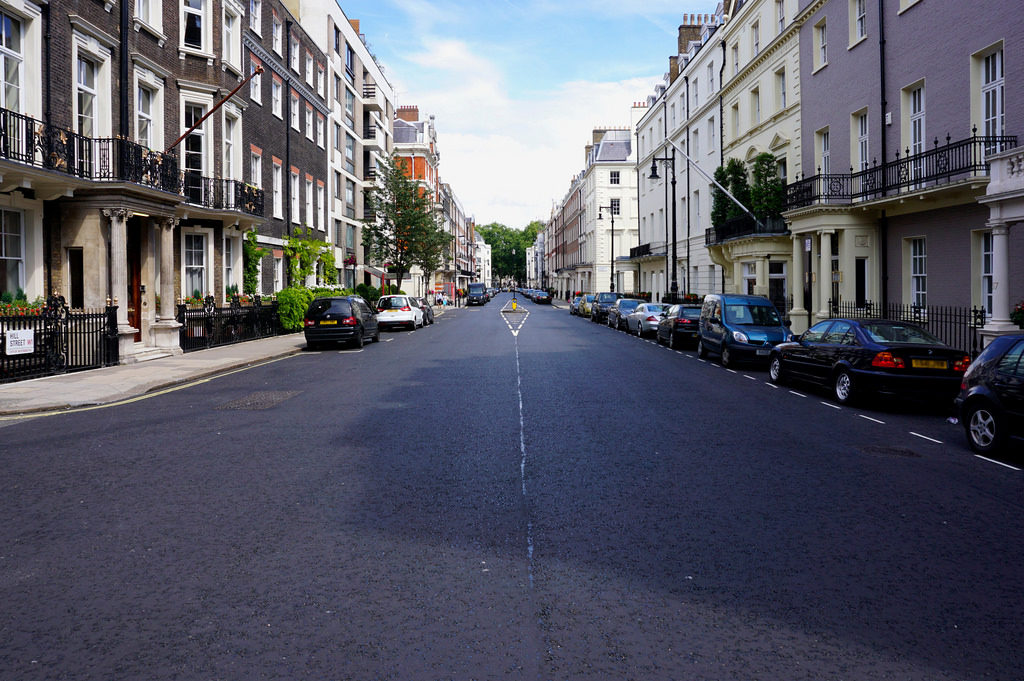 From clothing to housing, design touches every aspect of our life. But as our world grows more connected, the role of designers is changing. In a recent conference in Amsterdam, Design & the City, designers explored a new sense of professional identity.

An emerging focus for designers is to redesign relationships among individuals, groups, and institutions. That might sound ominously like a Brave New World where god-like architects in the lineage of Le Corbusier no longer design crude materials like concrete and glass, but rather the finer, immaterial relationships of trust, loyalty, love, and faith. But this was not the point of the conference. Instead, the aim was to help people cooperatively design shared projects in the city for mutual benefit — not “designer relationships” but “co-designer relationships.”

Mathijs Bouw, an architect who is leading a research project on the “Hackable City,” discussed the multiple roles of designers, who are no longer just designing things, but acting as community organizers, integrators, data analysts, strategic planners, and communicators in order to facilitate open innovation, collaboration, sharing of knowledge, and greater resilience in the face of global crises.

Martijn de Waal of the Amsterdam University of Applied Sciences presented context for this in the form of two feedback loops: 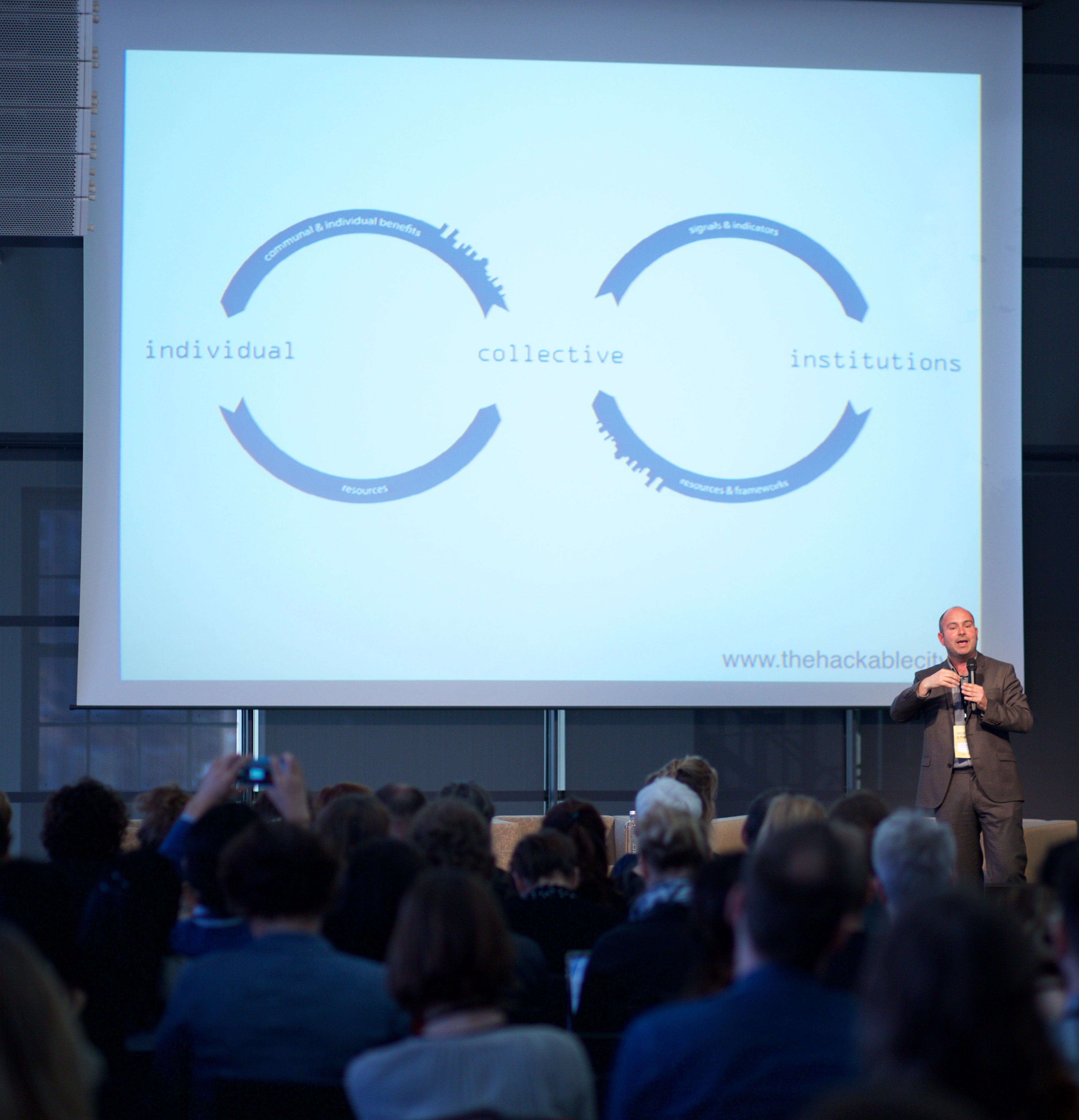 Rather than imagining a “City of the Future” in which “information highways” take the place of the spaghetti of freeways that dominated 1950s imaginaries of the future, de Waal wants technology and design to recede into the background while serving people’s actual needs more effectively.

Among the relationships that can be co-designed in this sense are the relationships among activists seeking to make the city a better place and the people who finance their projects. This is a complex relationship fraught with tension, and there will probably never be an “and they lived happily ever after” story here. However, civic crowdfunding may help to make this relationship more satisfying, as one among a gamut of one-day workshops at the conference helped make clear. 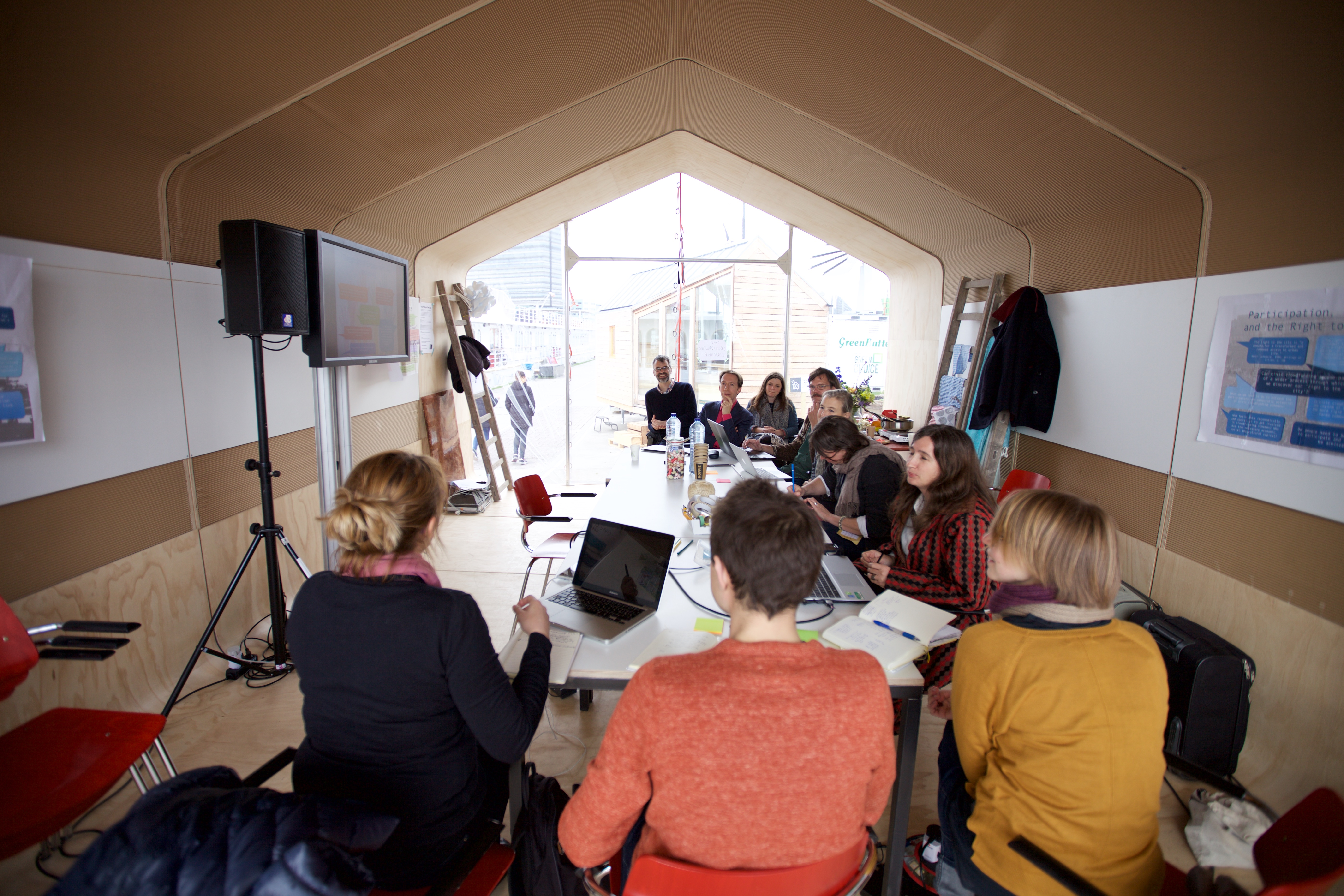 A platform to crowdsource community-centered projects

Civic crowdfunding differs from ordinary crowdfunding in that it intentionally focuses on projects that benefit the entire community. Beyond raising money, civic crowdfunding campaigns stimulate active engagement by urban residents, contributing to the viability of the projects and ensuring that they truly reflect people’s aspirations for the place.

As James Parkinson explained at the conference, his “Regeneration” office of the Greater London Authority was looking for “more tactical, cross-disciplinary” ways to drive and shape growth in the town centers and streets, bringing unused assets back to life while better understanding London and Londoners. And what better way to do this than to give Londoners more control by crowdsourcing their creativity? That led to the creation of the “ Mayor’s Civic Crowdfunding Programme” on Spacehive. 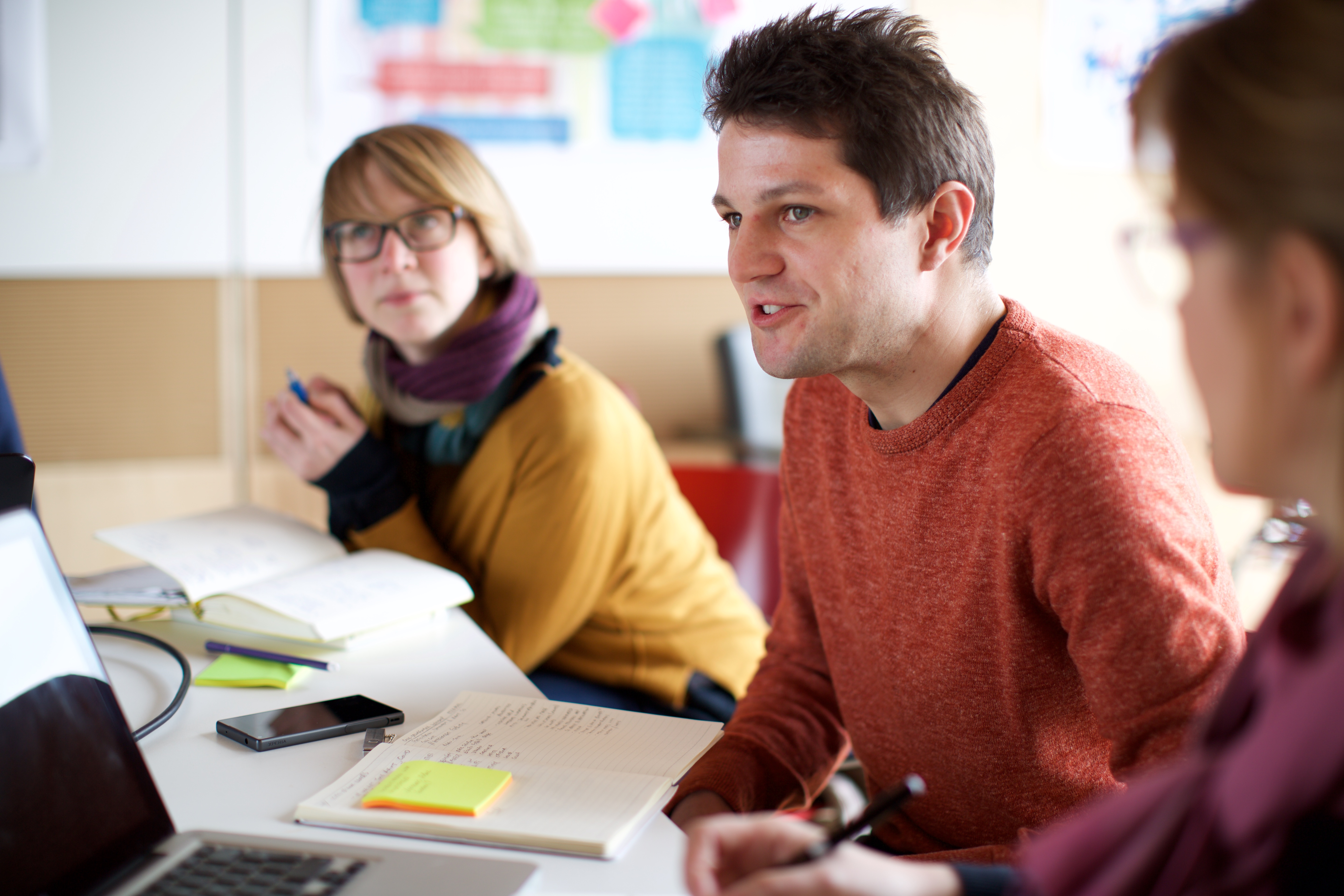 People placing projects on the platform can apply for a pledge from the mayor, up to a level of £20,000. The office uses several criteria to judge the projects — their endorsement not only gives a direct financial boost, but also makes the projects that much more visible and credible for other potential donors, thus attracting more and bigger donations. The city government assists in other ways, as well, such as setting up meetings with key stakeholders and finding good consultants.

But is this just a way for the city governments to let citizens foot part of the bill for public investments? At times of fiscal retrenchment, this suspicion seems warranted, and indeed Parkinson said that some people in City Hall might see it that way. But it is more than that, because the power of setting the agenda shifts to the people who make proposals. They are the ones who work out the ideas and present them to the public — the government merely chooses which of these proposals it will support.

Furthermore, proposals are funded only if there is a substantial number of backers. Decisions are not made merely by a few grand investors or a small jury of experts. Instead, people with a vision convey their enthusiasm to many other people, build a community around their idea, and thus generate lots of small donations, as well as political momentum.

A case study in civic crowdfunding

The story of how that can happen was told by Louise Armstrong, who helped organize the Peckham Coal Line — funded in the second round of the Mayor’s City Crowdfunding Programme. The story began when a friend of hers spotted a silver birch on an unused stretch of land along a rail line in Peckham, the part of southern London where they live. They learned that coal used to be unloaded here, but the area was abandoned since the early 1950s. They came up with the idea of establishing a linear park, the “Peckham Coal Line,” to create a pleasant way to walk and cycle among busy parts of the city, a missing link among other similar green spaces. And so the idea for a project was born. 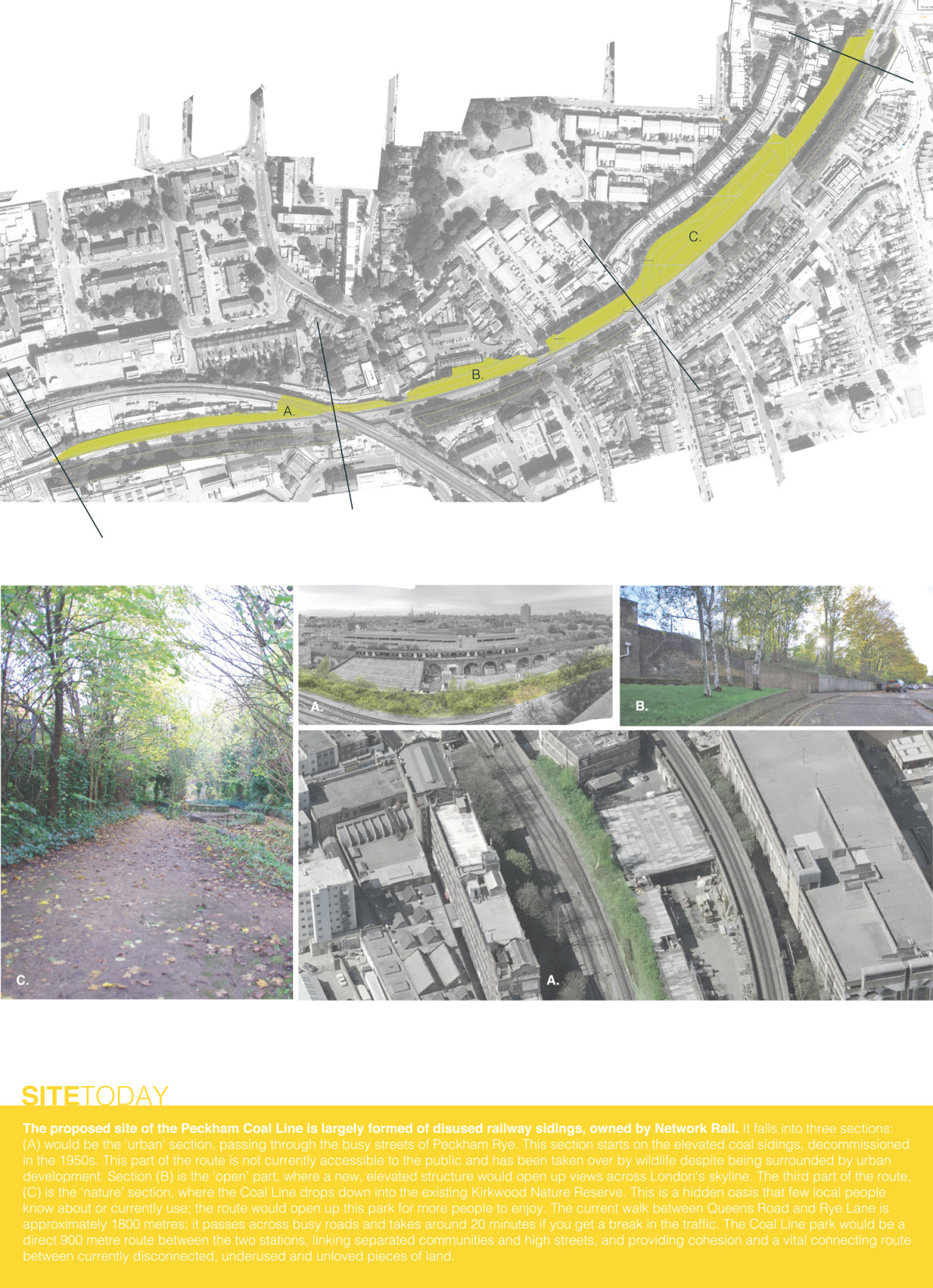 They started finding more supporters in this “hotbed of people working on citizen-led change with a hyperlocal newspaper and lots of established networks.” They ran a workshop, walked the route with people, and appeared at the Chelsea Fringe festival and other events. They created a website. Then they learned about the Mayor’s High Street Fund, as it was called then, and had only two months to put a plan together for the crowdfunding site. That forced them to move into high gear. That was nerve-racking, but also got them to think about what they actually needed, gave them a structure, and a deadline. They decided to make a pitch for funding a feasibility study to show what is possible at the site and how much it will likely cost. Armstrong described the crowdfunding campaign as an exciting, but also an exhausting, intense emotional journey. Her advice to people doing this sort of work is to hold your nerve, even when things get really difficult and you’re not sure you’ll reach the total!

Once the office of the Mayor of London supported the project, it gained a lot of legitimacy. In part due to this reason, they got backing from Sustrans, an organization that supports sustainable mobility, and from their local borough council, Southwark. Meanwhile, the group continued to reach out to businesses, and to people on the street, in the neighborhood. In the end, they got the support of more than 900 people, and were able to fund the feasibility study — the first step toward making this park a reality. Armstrong says that this crowdfunding campaign, with a set deadline and incentive of £20,000, gave them the opportunity to test and develop a concept, and speeded up the development process by about two years.

Although the project requires more funds, including public money, there is now a base of supporters to take the initiative through the next steps. 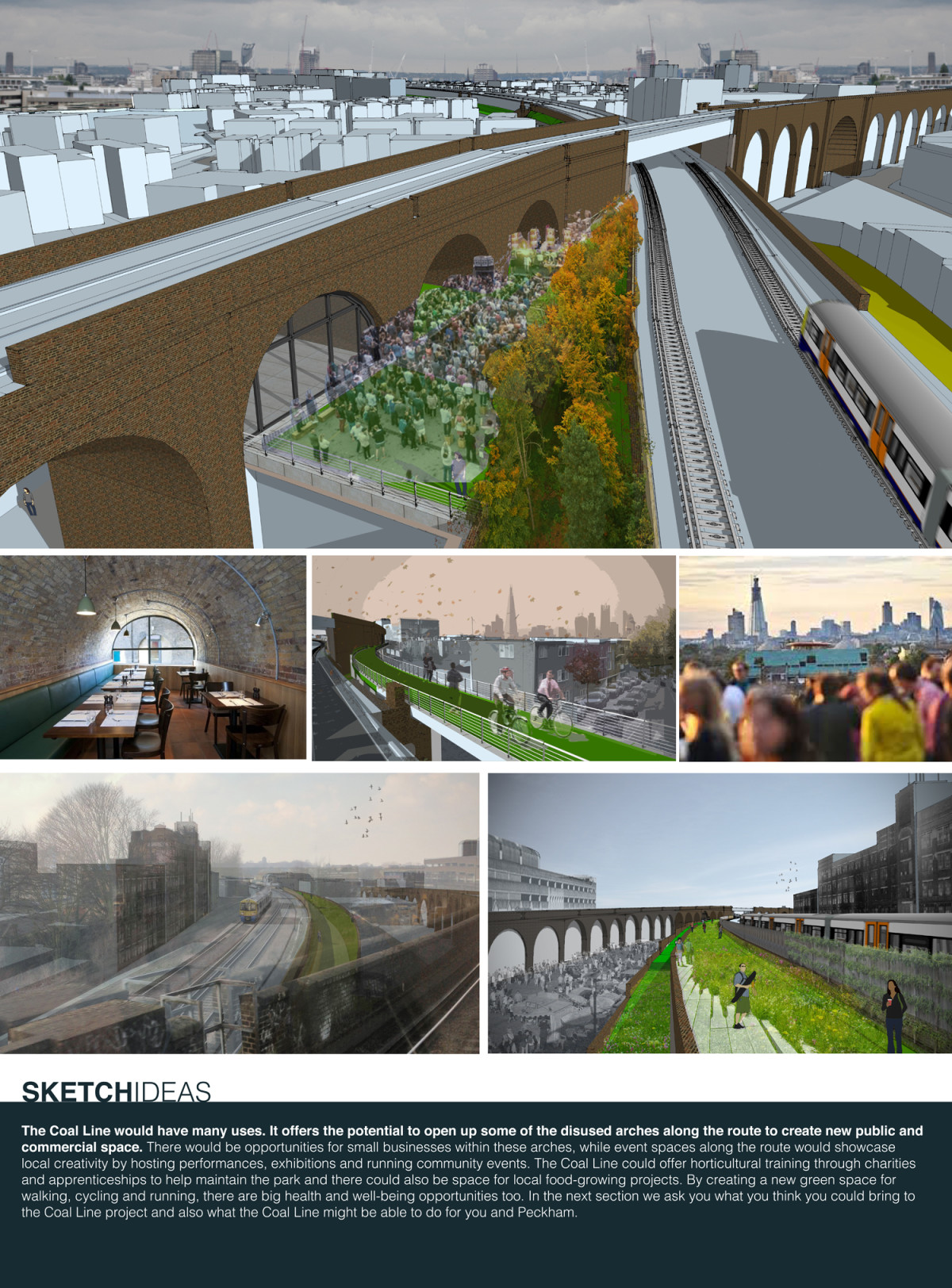 What can this case tell us about the design of the feedback loops between individuals, groups and governmental institutions discussed by Martijn de Waal? Perhaps the first requirement is that they support growth and evolution.

The Spacehive crowdfunding platform allows individuals and small groups to come forward with ideas — the barrier to entry is very low. The mayor’s support requires that a group be a registered organization that can enter into legal contracts, raising the bar somewhat but not too much. Once this hurdle has been cleared, the process of seeking supporters helps generate support from the city administration and vice versa — and every pledge is counted so that it can help generate more support. This reinforcing feedback loop can help an initiative grow quickly.

Infinite growth is, of course, as dangerous as no growth. What are the limits here? Every crowdfunding campaign has a specified target; once this is reached, the campaign is over. Also, there is some limit of people willing to financially support any given project. Internet-based crowdfunding may raise that limit in comparison to older methods of fundraising because it makes it easier to find all or most of the people who are willing to donate money for a cause. Still, if there are too few people who are willing or able to back a project, it won’t be realized.

By that token, does civic crowdfunding work best for projects that strike the fancy or that benefit primarily rich people? Is it plutocratic rather than democratic? Of course, no political process and no method of raising funds is perfectly democratic, so we would have to compare civic crowdfunding to its alternatives, such as the conventional political processes that determine governmental investments, participatory budgeting, business improvement districts, public-private partnerships, and private investments that affect public space. 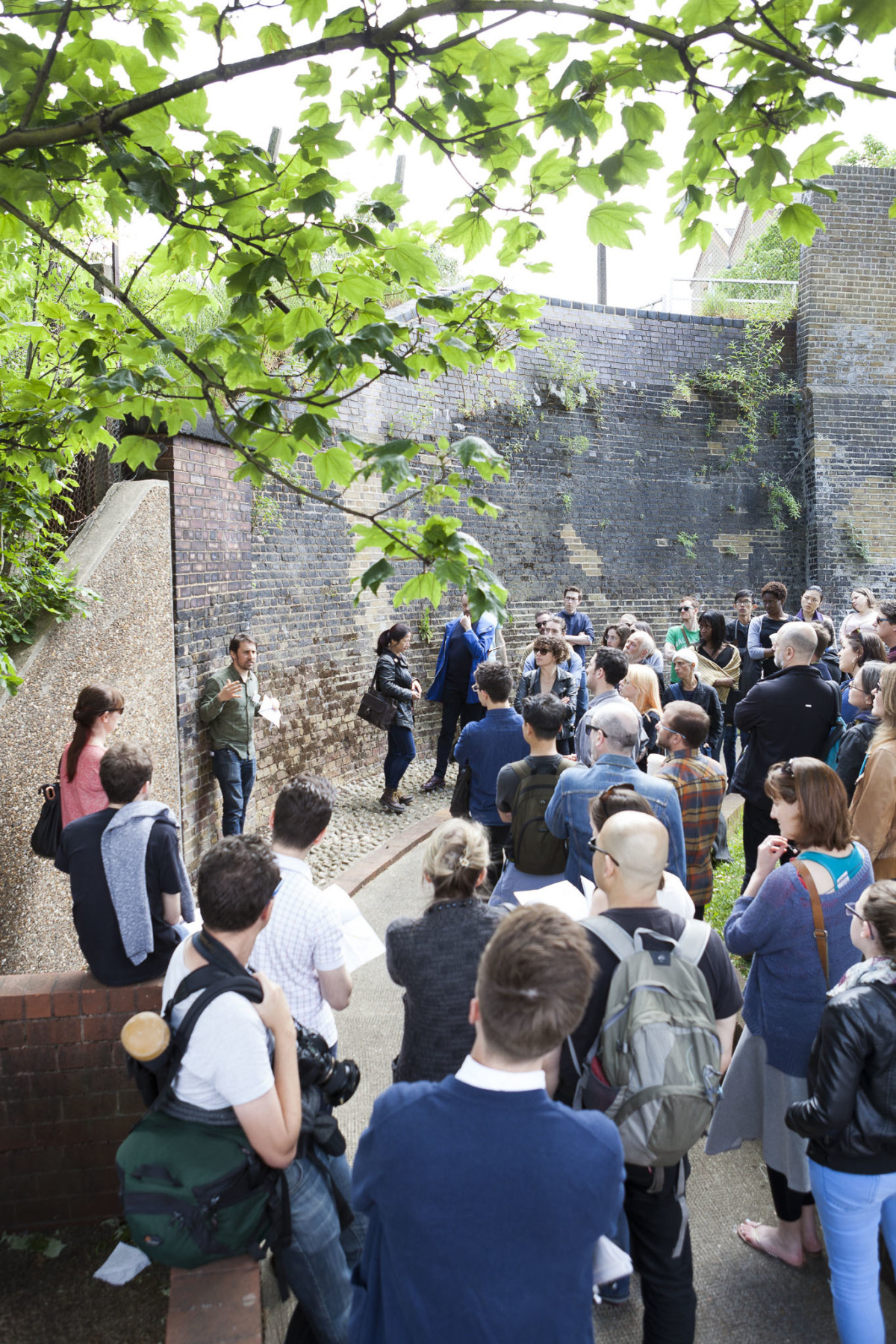 It’s difficult to make such a comparison in the abstract, but crowdfunding sites do provide very good sources of data by which to judge the influence of “big money.” Spacehive lists every single donation, with a name for almost every donor (some are anonymous). In the case of the Peckham Coal Line, which gained pledges for a total of ₤75,757, I compiled the following summary data:

The three largest donations, accounting for one-third of the total money raised, came from the Mayor of London, Southwark Council, and Sustrans — these sources are public or from an organization with a public mission and can thus be regarded as democratically legitimated.

One business donated £4,900. All other donations were ₤1,000 or less, so it does not appear that any single donor exerted undue influence. Over 800 small donations under ₤100 (averaging around ₤25) made up a substantial 30 percent of the funding total and showed truly widespread support for the project. The public nature of these data helps to provide the evidence whether something is a pet project of a few rich people or has wide support.

Civic crowdfunding may, then, represent a truly useful element in the design of relationships among individuals, groups, and governmental institutions. Even if it simply helps a group of a few people to grow into an organization that gets heard in a neighborhood, that may be an important piece of the puzzle of building a sharing movement. And there is surely much more potential than that.