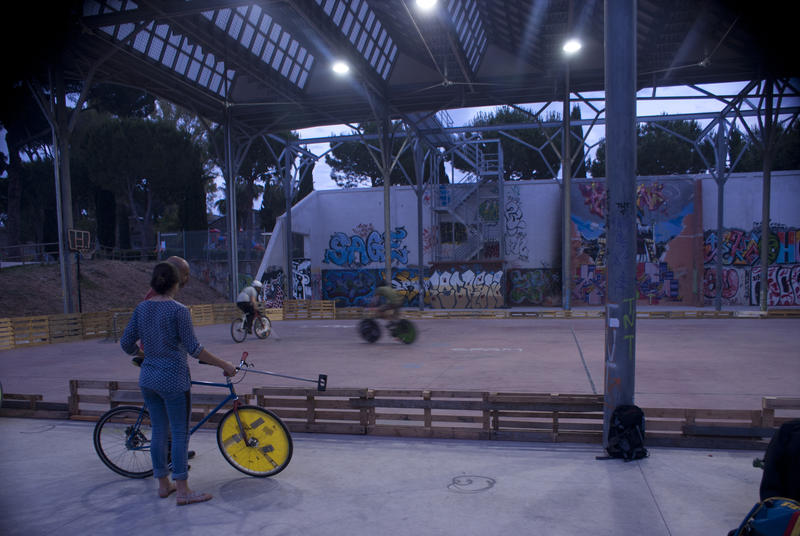 When I first came to Rome as a student, in the fall of 2009, I saw few bikes on the streets. It is not a city that I would call bike friendly, or even car friendly. The streets are cramped and cobbled, and while traffic controls exist in the center, even on wide and paved streets, congestion persists. Nevertheless, I bought a bicycle and tried to work my way through the city. But I decided that my life was more valuable, and put the bike aside. This spring I began biking again, and I still felt unsafe at times, but I could tell that the mood had changed. I soon discovered why.

Bike sharing in Rome is far from successful, at least up until this point. Bike sharing stands in the city exist only in the center, making it useless to those who live even directly out of it. They are also sparsely filled, having only one or two bikes available at a time. While I have never seen someone use one of those green bicycles, I have seen many tourists using rental bikes from the center.

One thing that few tourists know about, and that even most Romans do not know about, are the city's vibrant community bike offices, called Ciclofficine Popolari.

There are twelve bicycle offices in the city in central locations, such as inside of the university La Sapienza, and next to the MACRO museum of modern contemporary art in Testaccio, which is a popular clubbing neighborhood, as well as a few on the periphery. 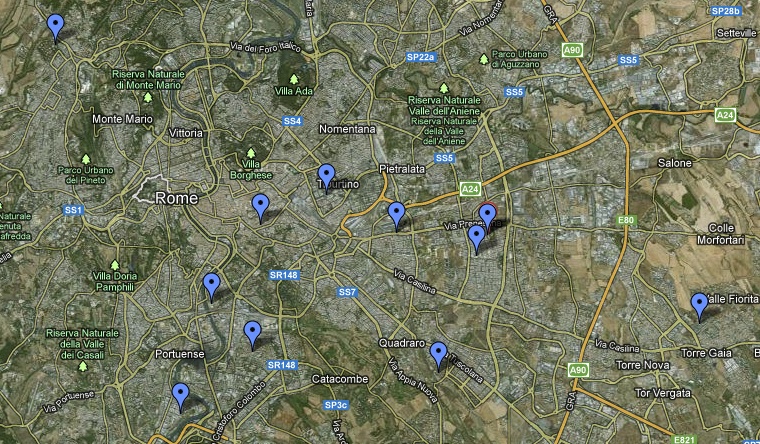 The goals of these community offices is to both empower those using bicycles and to recycle old ones. The byline of their manifesto states, “a stain of grease cleans the air of our city, a central movement runs on free wheels in our streets.” Going to the bicycle offices is free. If you want to build a bike, you can pay a small subscription fee, usually five euros, and store your bike there as you fix it. They offer free parts and there are always volunteers present to assist and teach those who enter. They are promoting a different mentality through this work, and expanding a sense of community around the use of bicycles.

I started volunteering at Ciclofficina Centrale, a well equipped bicycle office in the center, in the Monti neighborhood. Once a month, they collect abandoned and donated bicycles in neighborhoods throughout Rome, and bring them back to be offered to whoever would like to fix them up. Many are in outstanding condition, some are bare frames for those who want to learn to build a bike. I began in September, and though I am far from a professional bicycle mechanic, they were welcoming, and assured me that I would learn as I worked. 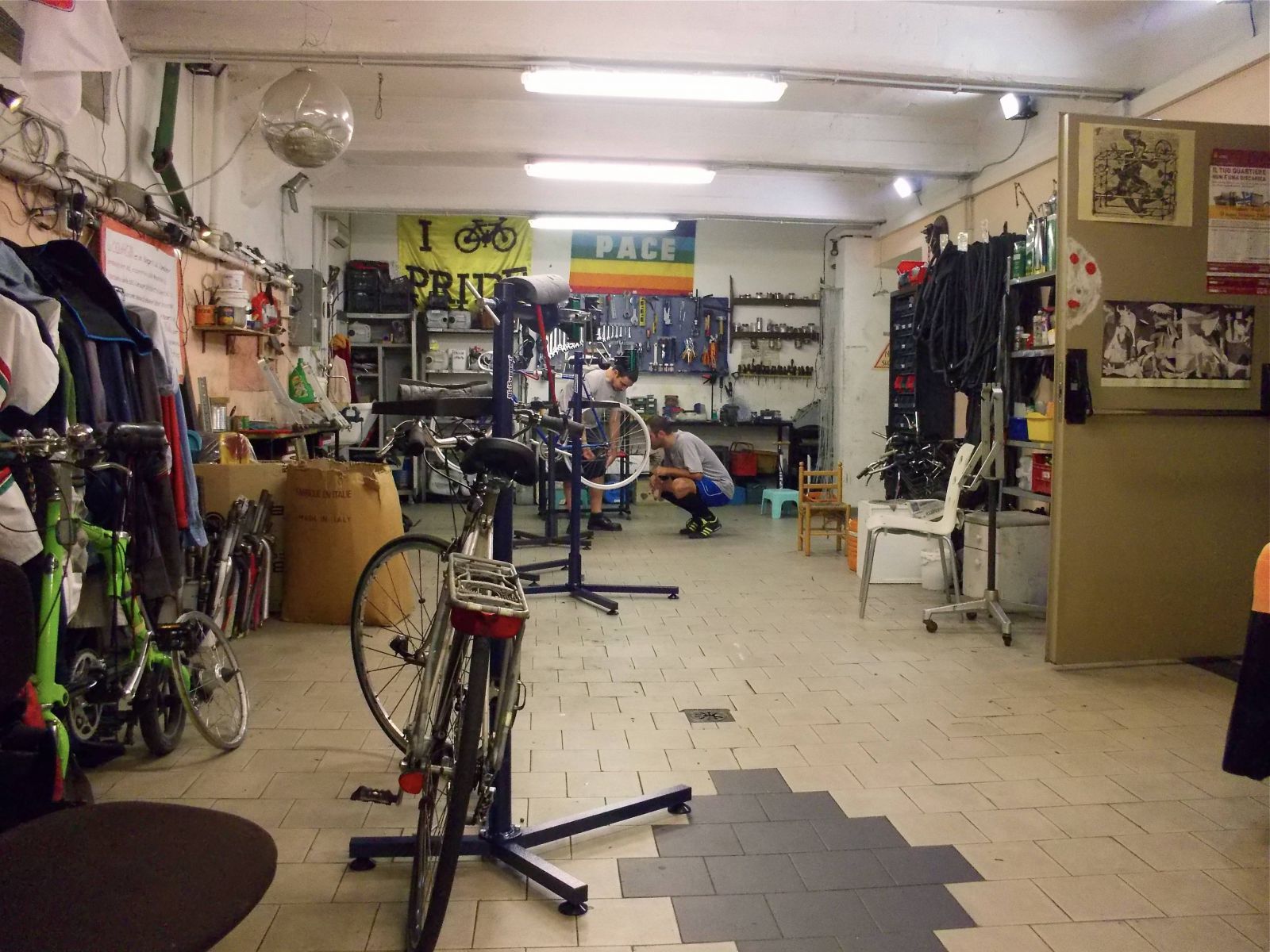 They do not just promote safety and the mastery of one's own vehicle, but are part of a wider network of activists that are campaigning for these causes at a national level. This spring, the Salvaiciclisti were born. It is a national 'save the cyclists' campaign that is condemning the deaths of cyclists in the country. In Italy, they have been widely publicized and were able to organize a protest where 10,000 people sat with their bikes in front of the Colosseum to have a picnic this April. It garnered massive attention, and soon after, political posters all over the city were advertising promises of new bicycle routes in Rome.

The Colosseum, though a world famous monument, is at a large intersection that is constantly full of speeding vehicles. On sundays, Via dei Fori Imperiali is closed to traffic, but activists are fighting for it to be permanently a pedestrian zone because of the cyclists that have been hit by cars there. Part of the Salvaiciclisti campaign is the recent 30elode petition which aims to make the speed limit in all cities 30 kilometers an hour. It already has 6,000 signatures. 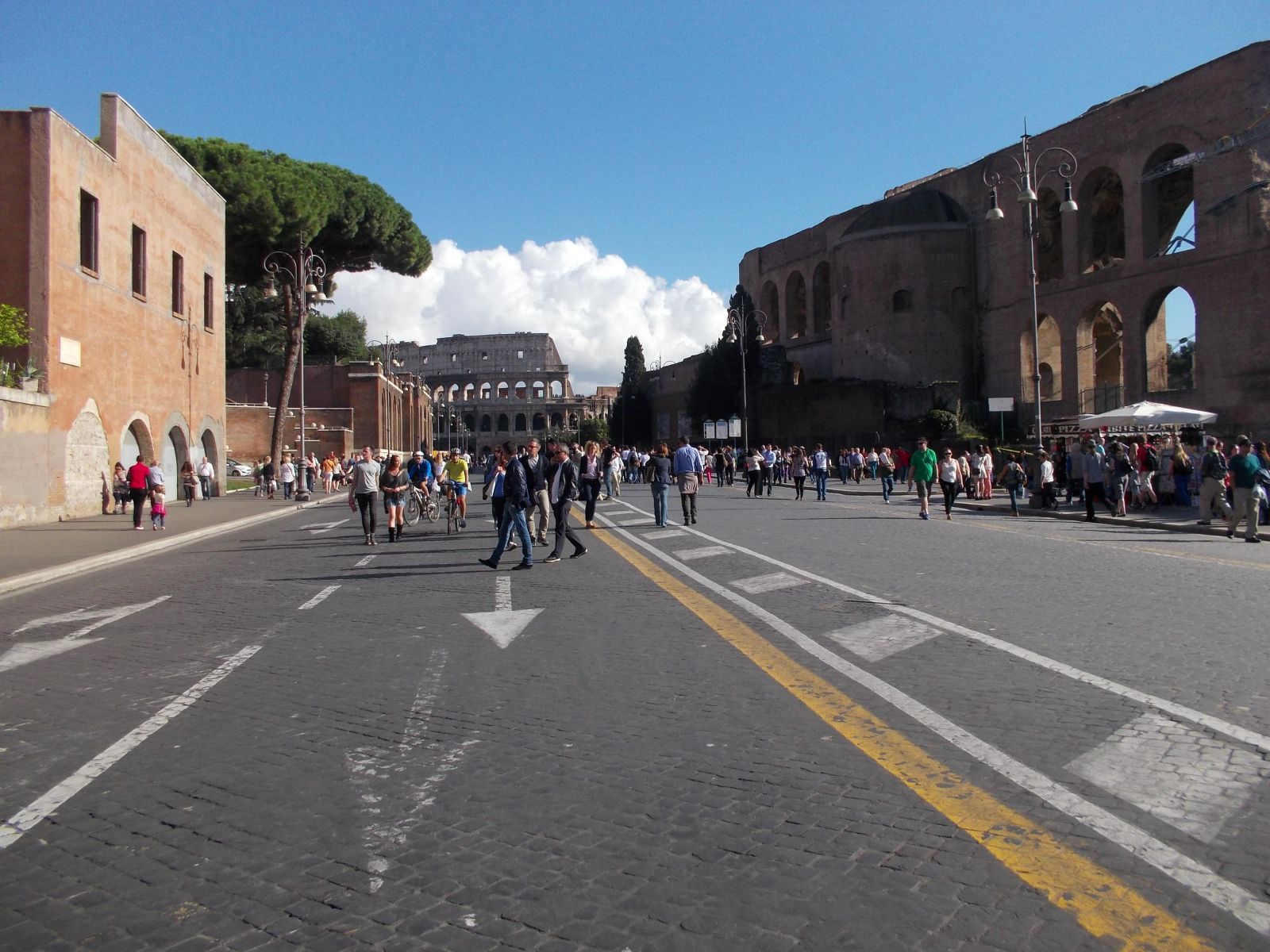 Rome keeps improving through grassroots actions and organizations like the bicycle offices. Many exist in occupied social centers, others pay fees that are symbolic. The city is dealing with congestion in one way by building a third metro line, Line C, but as Rome has another city of ruins underneath it, delays are constant as new historical sites are discovered. Now, the projected date of completion is 2015.

A momentum for bicycles is building. I see it everyday that I go to the bicycle offices to teach and learn, and this new spirit promises to pave the way for a new perspective on issues of mobility in the eternal city, from the bottom up.

Recent graduate from John Cabot University in Rome, where she is still living and teaching Italian, as well as digging her heels into the biking and squatting community until further

Recent graduate from John Cabot University in Rome, where she is still living and teaching Italian, as well as digging her heels into the biking and squatting community until further notice. She is also the layout editor and a writer for a weekly zine made by students in Rome called The Sheet.