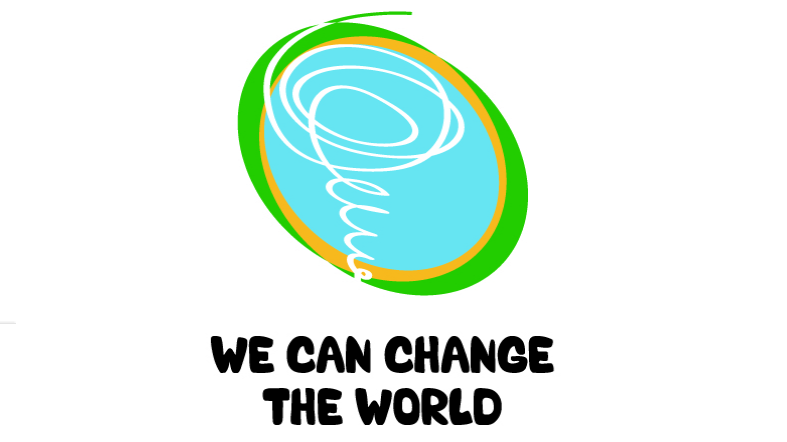 Those who are involved with the sharing movement know that it’s pretty great. But one of the key challenges of the movement is finding ways to introduce it to people who haven’t heard of it, because to truly make an impact on the global economy, sharing, in all its myriad forms, needs to be adopted by people of all walks of life. So the question is, how do you get people’s attention?

In celebration of The People Who Share’s Global Sharing Day on June 1, the We Can Change the World movement in Lisbon, Portugal is spreading the sharing message in a clever, and cozy way by placing couches out in public places and inviting people to take a load off and talk with them about the power and potential of sharing. Dubbed the Couch Challenge, the idea is that couches are safe and comfortable places where people can share things, ideas, skills, hugs, stories and more. From the couch, you can host presentations, debates or just talk with people about sharing. Hosts will also be given Challenge Cards to give out to those who join the conversation, to keep the sharing spirit going.

Shareable connected with Carla Calado, one of the organizers of the Couch Challenge and co-founder of The People Who Share: Portugal, to find out how it came to be, what they hope to accomplish with the Challenge and how people can get involved with the project.

Shareable: How did the idea for the Couch Challenge come about?
Carla Calado: ​I work in Aga Khan Foundation in community development projects in low income neighborhoods and I started being interested in the sharing economy ​when I helped a local group create a Exchange Shop in 2009. Since then I have curiously kept up with new projects starting. In 2011 I realized there were about 150 new sharing economy projects in Portugal.

In 2013 I made contact with some of them and came to know Nuno Ladeiras (who started a Barter B2B) and Dorotea Mar (Ouishare connector and Basic Income). We decided to prepare a week-long course on alternative ways to deal with resources, inviting all different kinds of people and organizations to talk about their projects and network, and to share ideas. This happened in October during an event on sustainability called Greenfest.

We had about 38 people attend and many of them were enthusiastic so we decided to create a group called We can Change The World to go on helping each other with each project. By the last day of our course, we met Benita from The People Who Share, who told us about Global Sharing Day. We decided that this could be a good first challenge for our new group, and for six months we met once a week. After many brainstorming hours, we came up with this idea, the Couch Challenge.

This is definitely a fun, attention-getting strategy to get people talking. How does the presence of the couch help facilitate conversations?
​We wanted to propose something that is a comfortable space, like a couch, to help you get out of your comfort zone and share. We also wanted to reach out to people who are not aware of the sharing economy movement and at the same time help call attention to sharing projects in Portugal. Having a couch stand on the street is something unusual that we hope will call people´s attention.

To get people talking we prepared some cards with conversations starters that can be used to break the ice, but we also challenge the Couch Challenge hosts to come up with ideas that are related to what they do best, or use the moment to get people engaged in some discussion or activity they want to promote. For example, one of the couches will be about engaging the local community to share ideas to build a coworking space.

Please tell us more about the Challenge Cards.
​The 48 hour Challenge Card is given to those that sit on the couch, as a way to get them to take sharing into their day-to-day lives. ​Each card has a challenge that one must accomplish within 48 hours and then the card is given to the person with whom the challenge has been completed or to someone else. We wanted to create a sharing virus, and get everyone talking about it.

What's your big picture goal for the Couch Challenge? What would you like to see happen?
We would like to see many couches with people sharing and getting in touch with the sharing economy idea and starting a wider community around it. So, we launched the challenge, just to see what happens.

How can people get involved with the Couch Challenge? Any advice you can offer?
Anyone, anywhere, can host a couch​. You just have to find a couch, set it on the street during the 1st and/or 2nd of June from 11am to 7pm and promote sharing between the people that sit on it. It’s better be a group, put it on a busy street, and have creative and fun ideas to get people more motivated. Check out the How To Couch Cartoon for more information and register your couch with this form so we can map all the couches and show the world that the sharing economy is out there. 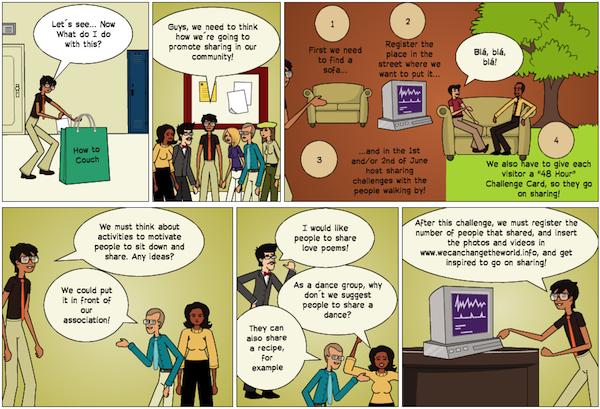 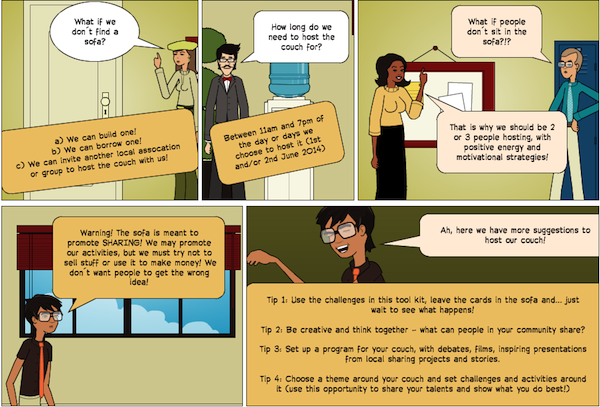