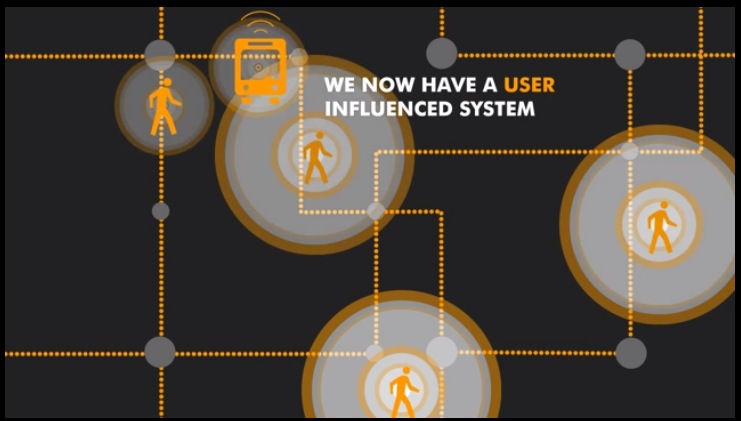 You don’t need to be an urbanist to know that Los Angeles’s infatuation with the car comes with significant cost. Spending a couple hours in bumper-to-bumper traffic on the 405 will suffice. Due to demographic, cultural, and economic shifts in the city, there’s increasing support for an overhaul of its long-beleagured public transit system. Under the banner of NETWORK_LA Transit, a group of architects and urban designers are proposing a bold data-driven approach to getting Angelenos out of their cars.

NETWORK_LA Transit makes a bold assertion: by mining the torrent of real-time mobile data produced by the city’s denizens, urbanists can revitalize public transit in Los Angeles without the city undertaking a massive, multi-decade overhaul of its existing infrastructure. Instead, the group advocates for an agile and responsive approach that optimizes the city’s use of existing transit assets — not only buses and trains, but also carsharing, bikes, and scooters.

It’s a radical rethinking of how public transit is utilized and even defined, one that NETWORK_LA Transit recognizes is somewhat speculative and bound to be controversial. But behind the grand thinking are a number of salient points: in an age of GPS-enabled smartphones, the one-size-fits-all approach of traditional public transit can seem frustratingly inefficient. As a result, alternatives such as bikes and car- or ridesharing services become far more attractive.

NETWORK_LA Transit fails to address important questions of access and public policy, but it’s an effective and overdue provocation to reimagine urban transit for a distributed age.