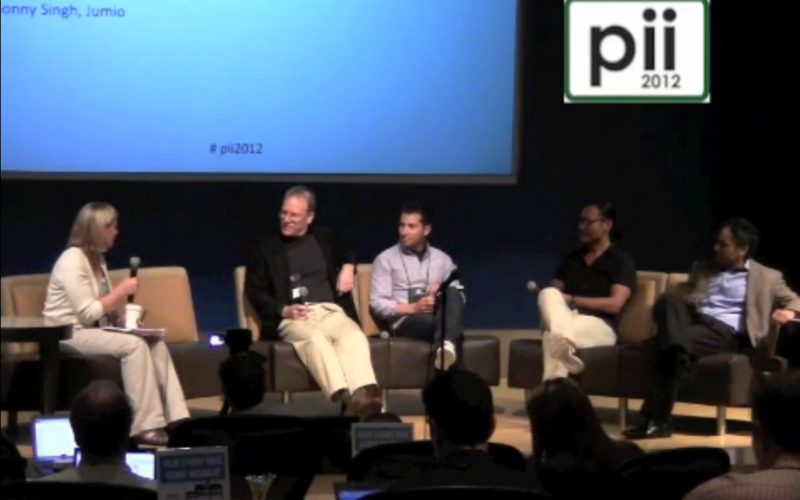 As the sharing economy grows, trust continues to be important to its expansion. That was the topic of a panel at the recent Privacy Identity Innovation conference in Seattle. The panelists focused on building trust in the sharing economy but addressed a wide range of topics including: pseudonymous versus real identities, the applicability of trust systems in developing countries, and the question of whether credit and trust scores are creepy.

Xin Chung of TrustCloud described trust systems as what we do “offline all the time, when you are trying to ‘thin slice’…somebody in real life.” There’s a huge range of data we gather through our senses, but instead of conducting a huge background check each time we meet someone, we pick up on details, such as the person’s shoes and clothes or the restaurant they choose to meet at. As Chung explained, “The analogue for this in the online world is all of the data exhaust that you throw off, and all the gestures that you do online.” These gestures can come from our behaviors on social media and networks such as Airbnb, RelayRides, or TaskRabbit. All of these release “data vapor that can be detected and can be used…to give indicators of trustworthiness.”

Drummund Reed of Connect.me described the direction that he sees trust systems moving towards. Until now, online trust has often had to be addressed by individual websites. He drew a parallel to the first credit cards which “were issued by individual banks and they worked with the merchants that happened to be in that town or in that area. And it was useful but it was of limited use because you couldn’t go to the next town over or the next state over.” Eventually the banks decided to create interoperable credit cards and came up with what’s now known as the trust framework—a combination of technology, policy, and business practices—with Visa and MasterCard being the best known examples. You can visit a merchant anywhere in the world, one that your bank may never have transacted with before, “but it works because a global trust framework was put into place, in which the issues of liability are covered to the nth degree.” Reed thinks that’s the direction the sharing economy is heading and that the panelists’ companies “are involved one way or another with pieces of what will be involved with those trust frameworks.”

The panel discussed issues of liability and who is responsible for determining the trustworthiness of a potential transaction. Is Airbnb on the hook for each guest? As Sonny Singh of Jumio explained, “I think with Airbnb, they just need to provide the user with the tools to make educated decisions,” such as an ID and a social score. “The users can then make their own decisions. There obviously is a little risk inherent, but Airbnb has to do initial screening at least, and provide the tools to make an educated decision.”

As Sam Rosen of Scaffold sees it, the collaborative consumption space is bringing us back to community. “In the 1960s or the 1950s, before the Internet, you wanted to borrow a tool, you’d go to your neighbor’s house, you’d knock on the door and say, ‘hey, I need to borrow a tool’ or you borrow the cup of sugar.” But as we moved further out into the suburbs we lost a lot of that sense of community. “The internet’s bringing us back,” through services such as NeighborGoods, where we can share tools with neighbors, members of houses of worship, schools, etc.

The video of the entire session is available below. What stands out for you from the panel?