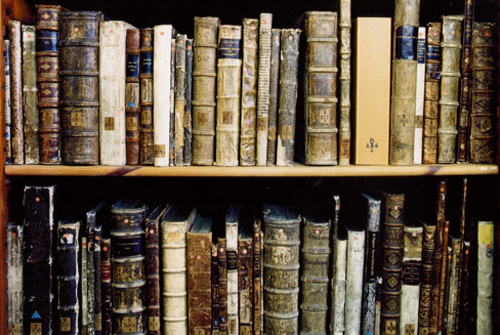 At the heart of the public library mission is a commitment to providing free and open access to information. Yet in an increasingly digital world, mountains of hard copy library materials remain undigitized, distributed across various systems, or otherwise inaccessible online. The Digital Public Library of America (DPLA) project aims to change that.

Formed in 2010, the goal of the DPLA is to get the wealth of the country’s library resources into one centralized database. What that means in practical terms is that, if all goes according to plan, we will have one enormous national digital library through which we can access our shared cultural, historical and scientific information. It’s an ambitious project to say the least, and one that is still in its planning phase, but those behind it, including representatives from foundations, libraries, the developers community, cultural institutions, the government, research institutions and more, have laid out a step-by-step plan to see the DPLA realized, with an expected operational phase unveiling in April of 2013.

The initial entries to the DPLA will be public domain written works (books, periodicals, pamphlets etc.). But eventually the project will include orphaned works (works whose copyright owner can’t be located) and materials that are still within their copyright, but have gone out of print. It may then expand to include the purchasing of materials that are still within their copyright. Starting with materials in the public domain provides a way to get a system in place, without legal maneuvering to acquire publication rights. The grand vision is to have all types of media represented in the library.

As it stands now, many public domain materials are available online, but they are spread out across numerous websites that have different technical standards, incomplete metadata and varying legal issues. The DPLA is working to create a centralized portal to these materials to provide consistent, easy access to information for everyone from grade school students to researchers and self-taught learners. The process for getting materials into the DPLA will require the integration of numerous databases and a whole lot of scanning.

The project has a “broad, deep and growing” community of support that is creating its initial structure. However, the plan is to solicit feedback and guidance from the public on all aspects of the DPLA including the design, development and ongoing support. There are numerous ways for the public to get involved: internships, joining a workstream, contributing to the DPLA wiki, joining the listserv discussion, attending events, receiving announcements.

Initial funding for the project has been through foundations including $2.5 million apiece from the Sloan Foundations and the Arcadia fund. The DPLA has also received grants from other foundations including the National Endowment for the Humanities. Private funding is expected to provide most of the financial support for the project but, according the the DPLA’s concept note, “It may, at some point, be desirable for Congress to appropriate funds to support this public good.” However, the DPLA will be entirely independent of the government.

Broad in scope and massive in scale, the DPLA has the potential to be an incredibly valuable resource. Those behind it are well aware of the enormity of the project and are taking it one step at a time, relying on the input of a growing community for feedback and guidance. It will take some before the grand vision of a national library is fully realized, but the DPLA is well on its way.