#BikeReady: How cyclists in NYC are delivering disaster aid - Shareable
Skip to content 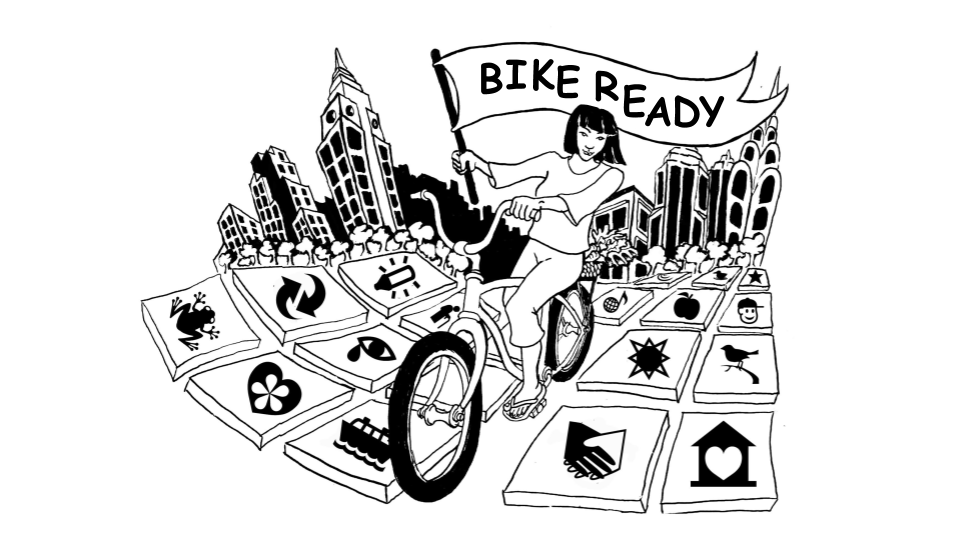 In a natural disaster, normal amenities like roads and gas stations are often unavailable. That means cars often can’t get to communities in need and other solutions are necessary. Luckily, human-powered disaster relief can reach even inaccessible areas with no fossil fuel required. That’s the idea behind the #BikeReady campaign from Green Map, which encourages bicyclists to organize disaster relief campaigns in their own communities.

Bike-powered disaster relief was key during Hurricane Sandy, which left much of New York City flooded and without power. Cyclists brought in relief supplies, reported conditions and carried messages, and even generated electricity for charging phones. New York’s robust cycling community came together to meet the need of vulnerable neighborhoods that were flooded in Manhattan and Queens, where electricity was still out even after the rest of the city was back on the grid. A short documentary about #BikeReady from Green Map (available in Spanish, Chinese, Japanese and English) shows cyclists loaded with supplies, bringing aid to people who had lost their homes in the flood. Bicycle-powered relief efforts are environmentally friendly and easy to replicate and don’t require highly skilled cyclists as Green Map notes in its Bike Ready guide. Even walking bikes loaded with supplies can be helpful in an emergency.

The guide has instructions on how to create a bike relief group ahead of a disaster. It emphasizes the importance of having multiple ways to reach cyclists — phone numbers, WhatsApp, social media, and email are all options, since in an emergency some forms of communication may be down. If group members have any special skills, like long-distance riding or bike mechanics, that should be noted in the contact list.

Disasters are rapidly becoming a new state of normal in America and beyond. Rather than treating hurricanes, wildfires and floods as isolated incidents, we need to see them as what they are — a consequence of climate change — and prepare for them in order to keep people safe when extreme weather does arrive. Programs like #BikeReady help communities create disaster relief plans that don’t rely heavily on infrastructure that could be hampered in an emergency — and instead, lean on residents themselves, who are an invaluable resource to help take care of each other.