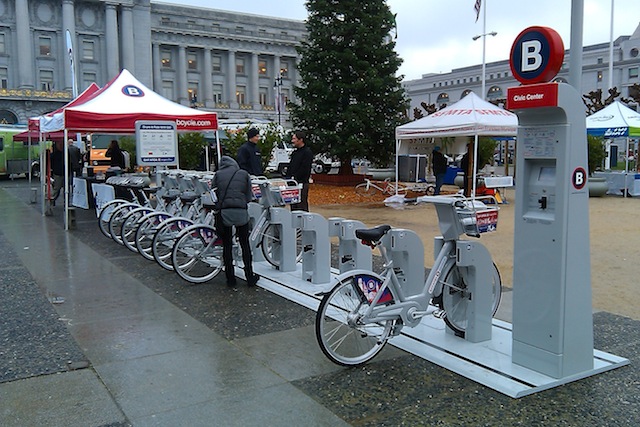 Finding a bicycle in San Francisco may soon get more convenient. On Friday, I went to visit demonstrations in front of City Hall by a Wisconsin-based company called B-cycle, which provides a new, high-tech way of sharing and renting bicycles.

I met with Michael Hartzell, the project manager of B-cycle. He gave me a demonstration on how the B-cycle works.

It’s fairly simple. You sign up online for a yearly membership fee. You get what’s called a B-card, which allows you swipe at any outdoor station in the city — as soon as they are built — and get a bike. Another alternative is to pay at the B-station with a credit card.

The technology allows not just for rentals but true sharing — cyclists get 30 minutes to use to the bike for free. If you go over the time limit, you get charged a fee, though the company said it can’t say yet what the rates will look like. It’s a way to keep the bikes circulating around the city so that a cyclist will not keep the bike locked up in front of her or his office all day.

The demonstration was sponsored by the San Francisco Municipal Transportation Agency as a way to encourage creative expansion of two-wheeled, carbon-free local transport for commuters and tourists. The city’s new transportation plan, released in November, calls for bikes and buses eventually to supplant private automobiles as the main ways to commute.

The Metropolitan Transportation Commission, which approved the $4.29 million grant to fund the project, will make the final approval of the system. Bike Link and Bixi companies are also competing for the contract. Propsals are due to the MTC January 3, 2011. 500 bikes are expected to be deployed in San Francisco in spring 2012.

B-cycle and other companies will be front City Hall Saturday from 10 a.m. to 3 p.m. providing demonstrations. 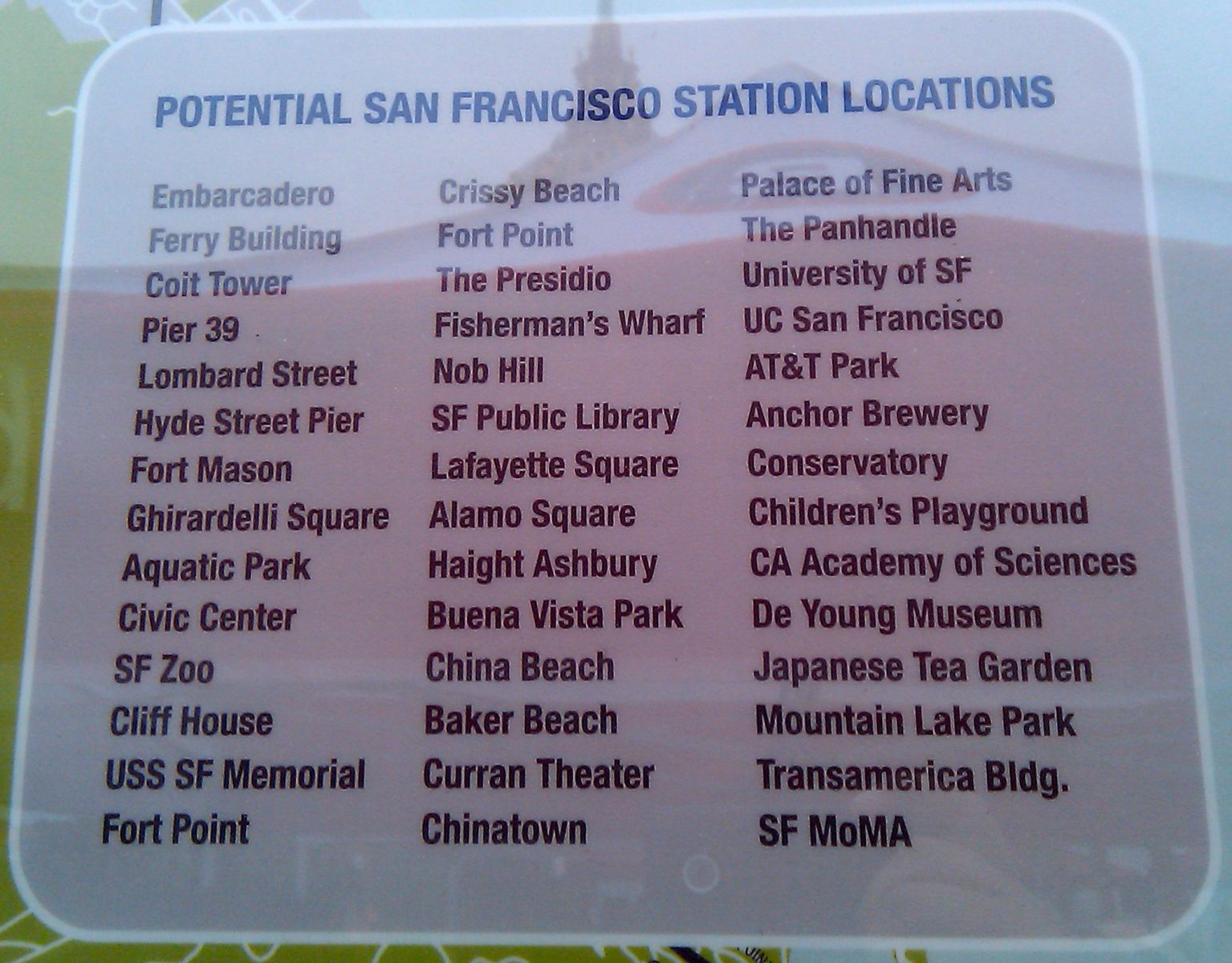