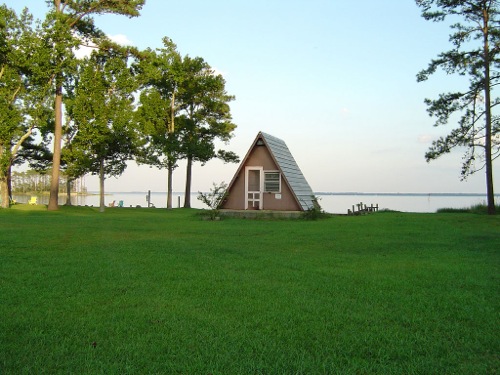 “Since 1970, the average house size in the United States has doubled. But for some people, bigger isn’t necessarily better.”

In this preview for Tiny: a story about living small, a documentary about the tiny house movement, Christopher Smith interviews people who have decided to strip down and move to a own tiny abode. Tiny houses are an economical and DIY way to live sustainably, and a radical alternative to the unnecessarily bloated and overpriced McMansions that litter America’s suburban landscapes.

Inspired by the people he meets in his travels, Smith decides to build his own tiny cabin in the Colorado mountains, realizing a life-long dream. Smith’s film follows his process, from inspiration, to learning how to build a house, through to completion. On the Tiny website, Smith describes the film as a “a meditation on the relationship of home to environment, of surroundings to identity, of quality and simplicity to a life well lived.”

The film is slated for release early next year, but you can pre-order a copy now. If you’re curious about living a simplified, minimalist life, there is a wealth of resources and links to more information on the movie’s site and blog.

TINY: A Story About Living Small (Teaser Trailer) from TINY on Vimeo.