I’m Vinay Gupta. The following is a cross-section of my work. Hexayurt – the world’s cheapest, most durable emergency shelter. Free/open source. Small is Profitable – The Economist’s Book of

I’m Vinay Gupta. The following is a cross-section of my work. Hexayurt – the world’s cheapest, most durable emergency shelter. Free/open source. Small is Profitable – The Economist’s Book of the Year 2003, on decentralized energy economics. (editorial team) Winning the Oil Endgame – Pentagon-funded study on getting the US to zero oil consumption in 20 years. (co-editor) Networked domestic disaster response – rehousing after nuclear terrorism or similar “whole city” disasters. Well reviewed by the appropriate authorities. STAR-TIDES – US National Defense University humanitarian technology program. (co-founder). See the National Defense University Center for Technology and National Security Policy Defense Horizons #70 STAR-TIDES and Starfish Networks: Supporting Stressed Populations with Distributed Talent (pdf) Six Ways To Die / Simple Critical Infrastructure Maps – a simple and coherent model for mapping critical situations, from individual survival to state failure. This model, and the infrastructure mapping work that surrounds it, is at the heart of STAR-TIDES. CheapID – the “State in a Box – Identity Services Architecture.” A genocide-resistant biometrics standard particularly suitable for implementation in failed states. Focuses on providing identity services to combat poverty, not just security. Written for the Office of the Secretary of Defense with National Security Agency oversight. Global Swadeshi – the world’s largest social network for appropriate technology activists. The Guardian newspaper recently featured me as a Swadeshi advocate in a video interview. (I appear about half way through) Severe Pandemic Flu Strategies – the only non-classified work done on dealing with H5N1 bird flu if it goes pandemic at it’s full (60%) case fatality rate. Institute for Collapsonomics – founding member of a working group on the theory and practice behind managing massive economic contractions. I am a partner at Buttered Side Down – a historic risk management consultancy focusing on systemic risks like state failure and economic collapse. I was born in 1972. I live in London. I occasionally teach meditation. 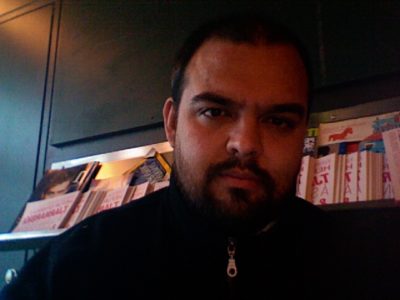 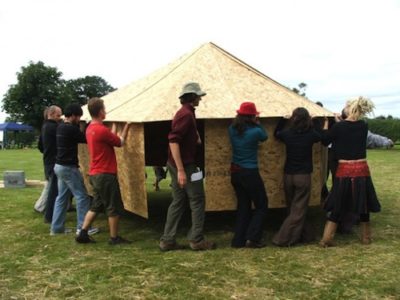