Around the World in 40 Places: Top Public Spaces - Shareable
Skip to content 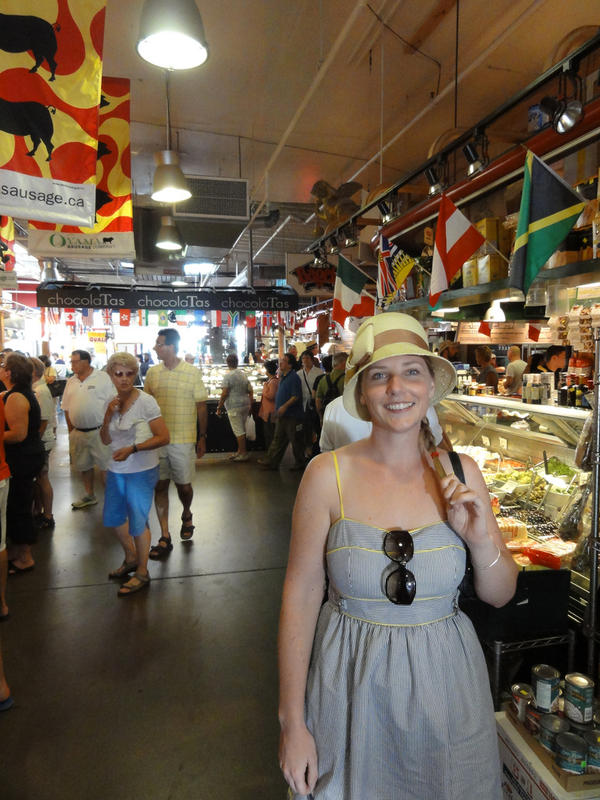 Every community needs a commons where people can gather as friends, neighbors and citizens. This can be a grand public square, a humble Main Street or a vacant lot with a few handmade benches where locals sit down for conversation. Or even a bridge, beach or bus station, as the examples below show.

What’s important are the connections made among people, which can lead to wonderful things: friendships, love affairs, partnerships that flower into new ideas for businesses or community projects.

Project for Public Spaces, a New York-based group that works around the world helping citizens boost the sense of community in their neighborhoods, compiled a comprehensive catalog of more than 600 of the best public spaces around the world. Here is a selection of some of the most inspiring, many of them very modest and in surprisingly humble locations, which can offer ideas about creating or improving a commons in your own town.

You can find out more—including practical information about elements what make these places succeed as commons—and nominate your own favorite public spaces at Project for Public Spaces’s Great Public Spaces Hall of Fame. You can peruse PPS’s Hall of Shame to learn what mistakes not to repeat from over 60 of the most disappointing public spaces around the world.

Asafra Beach
Alexandria, Egypt
“Alexandria is Asafra”, insist the locals about this beach that runs parallel to the city’s main street.

Balboa Park
San Diego, California
An oasis of tropical nature in the midst of a busy city, this splendid city park is home of the internationally known San Diego Zoo.

Bleecker Street
New York City
Once the undisputed capital of American Bohemia, this street is still a wonder to stroll with one-of-a kind small shops and inviting cafés. Along with San Francisco’s North Beach, this is the birthplace of coffee shops in the U.S.

Cai Rang Floating Market
Cai Thao, Vietnam
Just like it sounds—vendors sell food, flowers and everything else from boats in the Mekong River.

Carmel Market
Tel Aviv, Israel
A lively cornucopia of fresh food, which some days expands into a street market offering arts and crafts, too.

Charles Bridge
Prague, Czech Republic
A beloved gathering point that offers great views of the city and is a scene in itself.

Country Club Plaza
Kansas City, Missouri
The world’s first (1922) and probably best shopping center. It proves you can accommodate the automobile without sacrificing pedestrian amenities. It should be studied closely for ideas on how to transform thousands of failing malls around the U.S. into congenial places for the public.

Covent Garden
London, England
A market hall surrounded by bustling pedestrian streets, Covent Gardens is one of the world’s leading venues for street performers as well as opera productions.

Fez Souk
Fez, Morocco
Souks (street markets) are the classic form of public space throughout the Arab World. The Fez souk is a glorious maze that you’ll be delighted to become lost in.

French Quarter
New Orleans, Louisiana
Colonial Spanish architecture, great local food and music, plus the highest concentration of colorful characters in the whole USA. A thriving testament to the principle that old neighborhoods are a city’s best asset.

Grand Central Station
New York City
A palace of a train station—the number one meeting place in North America. Even the lowest-paid worker feels like a king catching a subway or a commuter train in this beautiful place.

Granville Island
Vancouver, Canada
An industrial wasteland revived in the 1970s through the creation of parks, arts institutions and a fabulous public market.

High Park Children’s Garden
Toronto, Canada
A modest organic garden tended by local kids is the pride of the neighborhood.

Imam Square
Isfahan, Iran
One of the most breathtaking squares in the world. Period.

Kyojima neighborhood
Tokyo, Japan
An old-fashioned neighborhood that hangs on to a deep sense of community and very walkable streets in the midst of one of the world’s largest cities.

Luxembourg Gardens
Paris, France
A surprisingly small park with a wealth of things to do—sail toy boats, eat crepes, watch the world pass by. This is the gold standard by which to measure urban parks.

Mbare Market
Harare, Zimbabwe
You can find it all here—vegetables, plumbing supplies, thumb pianos, ceremonial herbs, you name it.

Moscow Subway
Moscow, Russia
The stations are works of art in themselves with marble, chandeliers, and stunning art deco designs.

O’Connell Street
Ennis, Ireland
A world-class small town main street that teems with activity all hours of the day.

Plaza Julio Cortazar
Buenos Aires, Argentina
A square surrounded by cafés and art galleries in one of the most interesting neighborhoods in the world—Palermo Viejo.

Piazza del Campo
Sienna, Italy
An artistic triumph of Renaissance architecture, and one of the first squares in Europe to reassert its role as a commons by banning automobiles in the 1960s.

The Plateau
Montreal, Canada
A picturesque working-class quarter transformed into the artistic and cultural hotbed of Quebec.

The Ridge
Shimla, Himachal, Pradesh, India
A beautiful central square overlooking the city and looking out upon the Himalayas.

Staples Street Bus Station
Corpus Christi, Texas
A bus transfer center, of all things, brought energy back downtown in this small city. Even folks not waiting for buses like to hang out there and look over the tiles hand painted by school kids.

Taos Pueblo
Taos, New Mexico
A high-rise adobe town that’s been home to Native Americans since at least the 1500s.

Tivoli Gardens
Copenhagen, Denmark
The never equaled ancestor of all theme parks has been a source of pleasure for visitors since 1843.

Vietnam Veterans Memorial
Washington, DC
An oasis of reflection and emotion, which shows how public art can touch the lives of millions.

Wisconsin State Capitol
Madison, Wisconsin
A handsome building that is truly a crossroads of democracy, serving as a town square where citizens meet legislators as we saw in the 2011 rallies against Governor Scott Walker.

This is updated from a list that first appeared in Ode magazine.