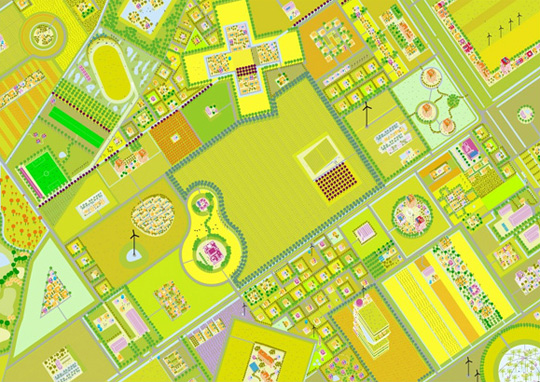 If the term “DIY” hasn’t been applied to every conceivable human endeavor yet, give it a few months. Thanks to technologies like 3D printers and nearly-ubiquitous connectivity, enterprises that were once the province of large corporations can now be realized by an individual, ensuring use of the term in ever-more-unlikely contexts. But can a process so diffuse and complicated as urban planning go DIY? Dutch architecture company MVRDV is betting that it can with its proposal for Almere Oosterwold, a development built on the principle of “do-it-yourself urbanism.”

MVRDV aims to serve the needs of the individual and the community equally with the plan, which calls for bottom-up collaboration among residents, who will literally draw the map towards a shared future. Like many urban development projects, Oosterwold has no clear completion date. The difference is that in this case, that’s by design. The open-ended plan establishes only a handful of guiding principles, such as the proportions of total land use — 59% urban agriculture, 18% construction, 13% public green space, 8% roads, 2% water. Beyond that, residents will collaborate in person and on the web to plan development and reach consensus, with government serving as a facilitator rather than an entity making decisions from the top-down. As Adam Nowek at Pop-Up City notes, “Oosterwold is less of a design proposal and more of a strategic development proposal.”

Located in the city of Almere, Oosterwold will be located on a 43 square kilometer site, providing space for a proposed 15,000 homes and 200,000 square meters of office space. MVRDV projects that Oosterwold will be the home to 26,000 new jobs in the area. Built upon reclaimed land, reserving and utilizing green space will be prioritized, with urban farming and public green space taking up 72% of the land. On the individual level, residents are responsible for all aspects of managing their personal plots of land, including the road, sanitation, and energy production.

The impetus for the Oosterwold project may be unique to the Netherlands — a country with the enviable problem that “urban planning has reached a point where one could state that it gets too perfect and hence predictable,” in MVRDV’s words. But Oosterwold is a provocation to all urbanists exploring how distributed collaboration and consensus can realize more sustainable and egalitarian approaches to urban development. 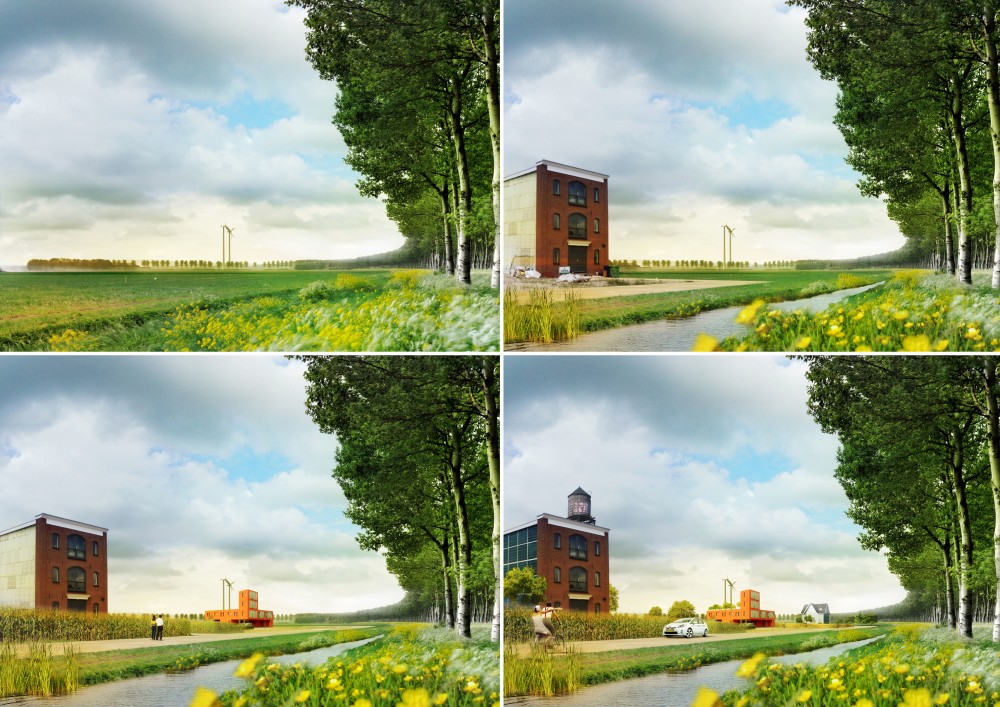 While there’s much to like about MVRDV’s proposal, it goes too far in some respects, and not far enough in others. The firm’s celebration of private enterprise over government directive may be appealing in the consociationalist Netherlands; it’s less attractive in countries where many urban design problems are aggravated, if not caused, by a singular devotion to free market ideology. Which points to a more fundamental issue: though Oosterwold is based on principles of collaboration and community, its vision of cooperative living is ultimately limited.

The Oosterwold proposal ultimately supports a consumption model based upon ownership, rather than one based upon access. Cooperative housing, transportation, and resource allocation receive little consideration, outside of the basics: water, food, sanitation. The proposal’s tossed-off allusion to “villages of collective groups etc” is revealing. 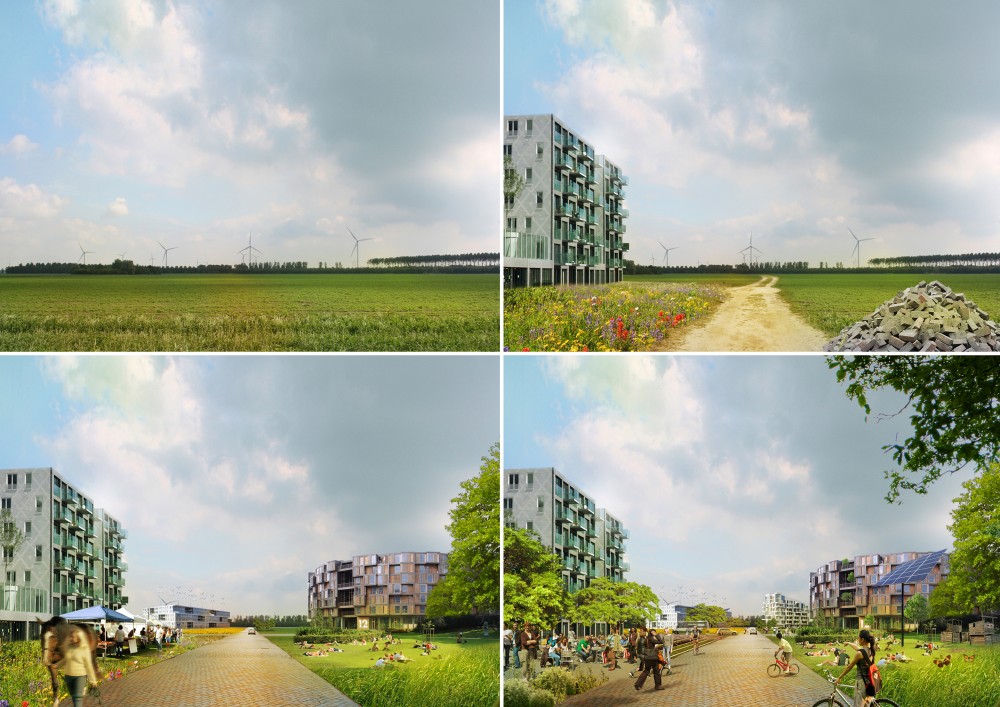 Addressing the significant economic, development, and sustainability challenges cities face will require more than the disruption of the urban planning process. It’ll take a re-envisioning of the neighborhood, as a shared platform for innovation and resilience that take a commons-based approach to economic development, production, and consumption. Oosterwold points the way, but if the DIY approach turns out to be merely business-as-usual with a collaborative coat of paint, its achievements will be limited. 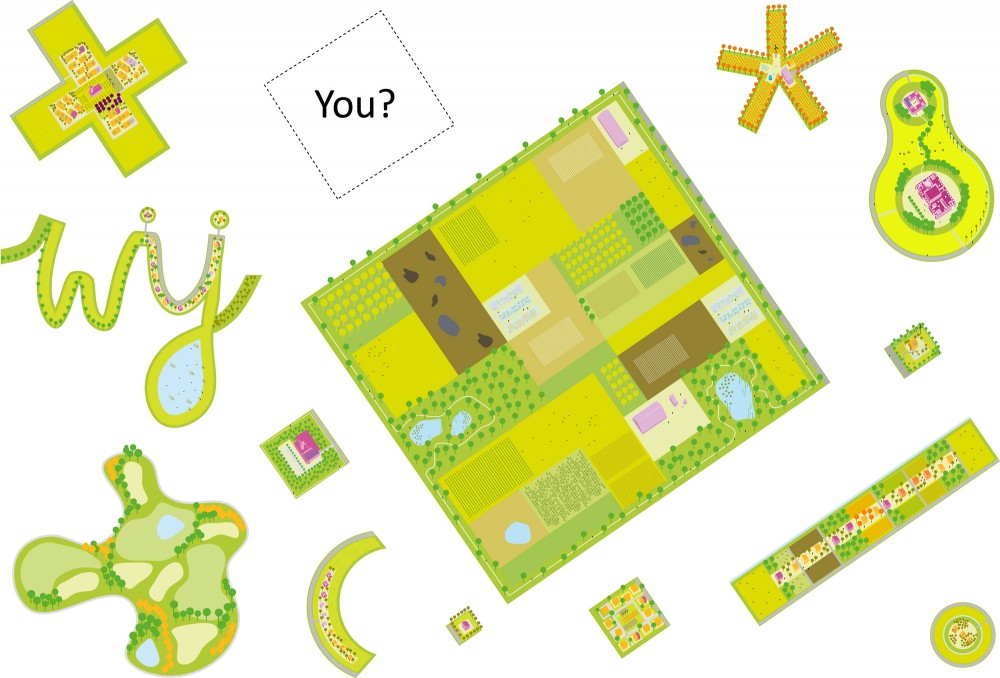 Perhaps the best way to consider the proposal was articulated by Almere City Councellor Adri Duivesteijn, who states that Oosterwold “illustrates that the city is a creation and that the people themselves can make the city. In this way, the Oosterwold development is a strong point in the discourse about making cities.” Whether or not MVDRV’s concept for a collaboratively-planned community matches the firm’s lofty goals, Oosterwold presents a compelling and instructive test case for collaborative urban development. But the more interesting, and necessary, question is: how much further could it go?