Aggregation, Not Algorithms, Is The Key To Establishing Trust Online - Shareable
Skip to content 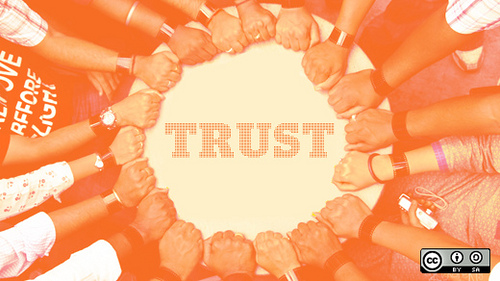 The biggest issue the new sharing economy is currently facing is one of trust. After issues like the Airbnb debacle and high-end car sharing service HiGear’s closure due to theft, it's clear that trust issues are the main barrier preventing sharing from becoming mainstream.

The answer that everyone seems to be looking for is a some sort of global reputation system. There has been a lot of talk about a single "reputation score" that you could take with you in any new service. At a first glance the idea seems like a winner: with every action you do in the web affecting the score, it would be easy to find the rotten apples.

However, it turns out this idea is fundamentally flawed.

There has been a multitude of attempts to create a global reputation score solution. The most well known recent example is Klout. It measures your "influence" in Twitter and other social networks based on factors like amount of retweets and influential followers, and based on them algorithmically gives you a "Klout score".

The service has captured a reasonably wide userbase and some people take the score very seriously. Some companies have even been reported to be using it in their hiring. This has prompted discussions whether Klout could be the solution for the sharing economy.

However, others have also pointed out Klout's many issues: it is a rather arbitrary number with no clear meaning to most people, its algorithm is not public knowledge, the company can change the algorithm as they please, and it can be gamed by acting "the right way" on Twitter (which includes things like not talking to people with lower scores). Due to these issues, most of people I know seriously question Klout's ability to reliably measure influence. 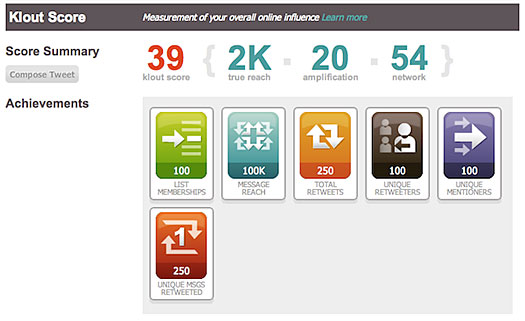 And even if the Klout would be the answer in measuring influence, it would not do much good for the sharing economy. The thing with reputation is that it always needs to be in context. If I'm pondering whether a person will bring my power drill back in one piece, their Twitter influence level would be about as useful information to me as knowing that they are a level 53 mage in World of Warcraft.

So why not just use eBay data?

Because of the contextual nature of reputation, there can be no be-all, end-all reputation system. But it can be argued that in the case of sharing economy, the relevant contexts are similar: in most cases, we need to know whether the person in the other end will provide the money, goods or services they promise, or, in cases of Airbnb and other rental marketplaces, return the rented property on time and in good condition.

So should we used use the reputation score from eBay or other major player like that? With technology like OAuth it would be relatively easy for them to offer a method to use their feedback ratings in other services.

This is definitely a step into the right direction, but it's not enough. 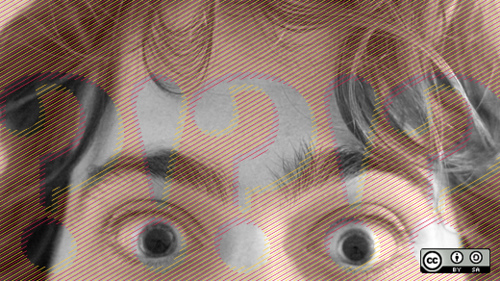 I got a chance to meet Airbnb's Brian Chesky during LeWeb and asked him about the trust issue. Obviously they have been thinking about it too, and he said that like eBay, Airbnb could in the future provide a reputation platform that could be used by other services. But then I asked a followup question: does he think that it's problematic that a single company would emerge as the major keeper of people's reputation wallets. He admitted that it's an issue he doesn't have a good solution to.

In believe the solution might be rather obvious: instead of relying on a single existing reputation system, we should rely on many. There should be a single aggregator that would use OAuth to pull all of an individual's transaction-related feedback from eBay, Airbnb, Taskrabbit, Zimride, and other such services to a single "reputation profile". When joining a new sharing service, users could again use OAuth to display their data from this profile. .

The same system could also connect to Facebook to bring another major trust-related component to the table: the friend network. If the reputation profile could tell that you and the stranger wanting to borrow your power drill have three common friends, it would further strengthen your sense of trust.

The Problems with Aggregation 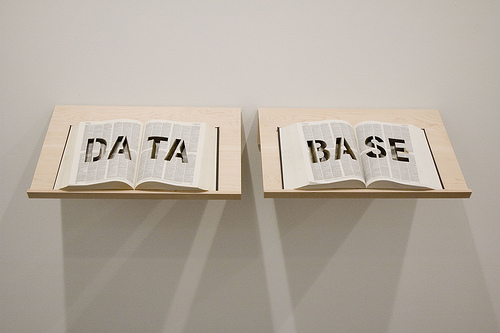 While in many ways the solution described above sounds ideal, it too has some issues.

For this system to work all the services would need to provide a common method of sharing and using reputation data. I mentioned the issue briefly in my previous posts about the Sharing Economy’s great need for an "API for sharing". So far I didn't find a way to do it in any of the sharing economy sites I checked. But judging from what Brian Chesky said at LeWeb, it's coming, and I'm pretty sure eBay's looking into that direction too.

As soon as the required infrastructure is in place, the next question is: Who is the one responsible for the aggregator? We just discussed the problems related to relying on a single provider. Isn't this situation bringing those problems back on the table?

I think the system could be maintained by a single startup. But there's a caveat: the system needs to be as transparent as possible, which in my opinion means that there should be no complex algorithm involved.

It seems that many are looking for a perfect algorithm to display reputation as accurately as possibly. The problem is, no algorithm is good enough. As soon as one is put in place, people will game it. The more complex it is, the more difficult it is to understand, and the less likely is it to carry any meaning to a regular person. But those who know what they are doing will still manage to fool the system. This is one of the biggest problems with Klout, and it will be just the same with any other service like that. 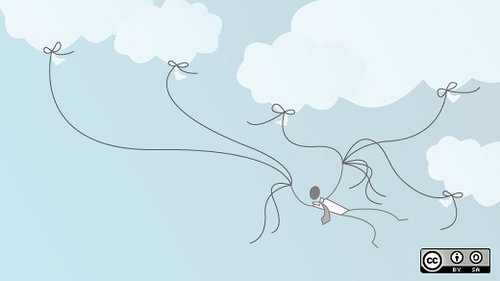 Shareable has previously covered Trustcloud, a service that is doing something a bit like what I have described. TrustCloud markets themselves as "the trust solution for the sharing economy". They have many similar ideas than described here: you do an OAuth to several other services and pull data from there, and then they provide a "trust cards" for third party services to use.

However, the TrustCloud approach has two major problems. First, they pull their data from Facebook, LinkedIn and Twitter. These services are simply not good enough for measuring reputation. In their blog they criticize Klout, but they themselves are victims of the same issue: they try to measure reputation by using data from a different context. If I have to decide whether I let a stranger in my house to put together my Ikea furniture, it's doesn't bring me much comfort that the person is active on Facebook. It doesn't even tell me anything about whether the person's Facebook friends would actually be willing to have the person staying in their homes or assembling their stuff.

The second issue is that they use an ambiguous algorithm to assign "badges" to people. These badges are related to person's reputation in different contexts, which is a good idea. But how do I know if they are any good at measuring these qualities? Why isn't the algorithm transparent? And can they just one day change it and turn my good reputation into a bad one? 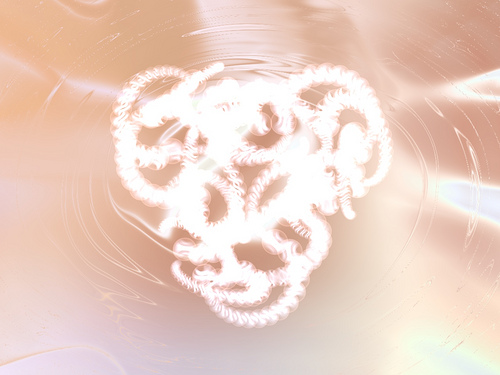 If there are no algorithms, how is reputation measured? My suggestion is to use the method used by the most important online reputation system to date: eBay. In their users' reputation cards, two things are shown: the number of ratings and percentage of positive feedback. That's all the information a trust widget needs to contain. If the user wants more information, they can follow links to the actual profiles in the corresponding services and see details, like textual feedback which often contains valuable information. This way the system is as transparent as possible and cannot be gamed easily or distorted by a third party.

Of course there are still some choices to be made. For instance, TaskRabbit uses a five star rating system. Which reviews are positive? Only those with five stars, or those with something from three to five? But these are decisions best left for each service to decide.

Can the system described in this post be created? It will require some work to get all the big players involved. And what's in it for them? Perhaps the biggest reputation data providers could get part of the revenue that the aggregator makes by offering the solution to smaller sites. This kind of arrangement could also prevent all the parties from overcharging for the data.

I believe this solution would be the ideal approach to the problem of trust in the sharing economy. What do you think?

Juho is the CEO & Co-Founder of a Finnish startup called Sharetribe. Sharetribe makes it easy for anyone to create their own peer-to-peer marketplace in the spirit of Airbnb, Relayrides

Juho is the CEO & Co-Founder of a Finnish startup called Sharetribe. Sharetribe makes it easy for anyone to create their own peer-to-peer marketplace in the spirit of Airbnb, Relayrides or Yerdle. In these marketplaces people can sell, rent and share goods, skills and spaces with each other. More info at https://www.sharetribe.com/

Things I share: Since Sharetribe is all about sharing, we also share all the code we write. It's available for anyone to download in GitHub: https://github.com/sharetribe/sharetribe . In our blog we share our tips and best practices for creating peer-to-peer marketplaces: https://blog.sharetribe.com/