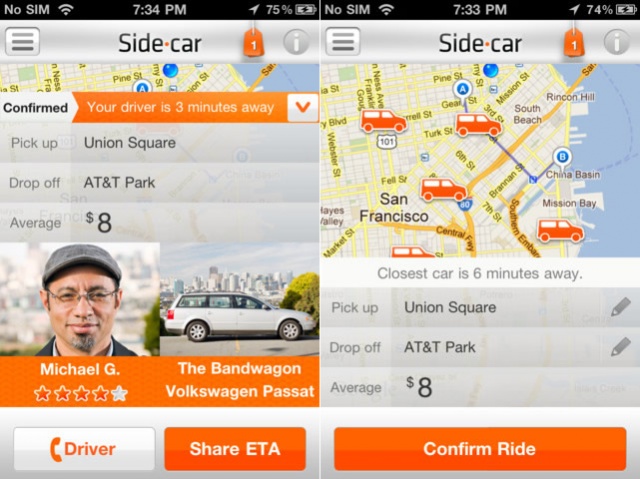 Taxicabs are arguably an unnecessary luxury of urban life. If you happen to live in a city with multiple public transportation options then the tension between ride sharing platforms like SideCar and Lyft and traditional taxicab services might not seem like a big deal. But my interest in exploring this issue is personal.

I’m a 28 year old who has never had a driver’s licence. I grew up in New York City, where my parents like many of their city dwelling peers got their licences in their mid-forties, and some of their friends have never had theirs. Driving is not a necessary part of life but cabbing is. Lifting my hand for a cab after getting off the subway in Manhattan was the way I got myself to school on time most mornings. I love cabs. Taking cabs wasn’t a luxury growing up because in New York City, a short ride can cost just a few dollars more than other options and save you 40 minutes of hassle. And better than that, the ride often comes with a great conversation about life in the city!

When I moved to San Francisco, I assumed it would be just as easy to get a cab. However, the reality is that in San Francisco it’s almost always impossible to get a cab. There simply aren’t enough cabs to keep up with demand. If you live anywhere that’s not the Mission or SoMa, forgetaboutit. If you call a cab company for a pick up chances are you’ll be on hold for 10-15 minutes, then wait another 30 minutes and hope your cab will show up. And if you’re lucky enough to get a cab at night, but you live in the Outer Sunset or Richmond, taxi drivers will flat out refuse to take you home, or complain about having to take you home all the way there. Frankly, the situation is pretty much all around awful and has left me too often taking the bus at 2:00am on cold “summer” nights – until SideCar and Lyft (via friends with iPhones) came into my life.

To be honest, as much as I love sharing, I was somewhat skeptical of using a service where strangers would pick me up in their personal cars. Beyond questions of insurance, as a woman I’m always cognizant of the fact that sharing potentially holds a bit more risk for me. But after friends of mine who had no previous interest in the sharing economy started raving about it, I decided to give it a whirl and I have to say it’s totally changed the way I get around the city. It’s cut down the money I spend on cabs by around 30%. The drivers are friendly, often having great stories about the people that they meet and the ease with which they make some extra cash. For instance, one driver was a school teacher who lives in South of San Francisco. She comes into the city on Sundays to have brunch with her girlfriends, and then drives around for a few hours to make money and then goes home.

So, because I’m an Android user, I’ll share my experience with how SideCar works: If you have a smart enough phone to download their app, you can request a ride. The app geo locates you and then asks you to enter your destination address. Then, a picture of your potential driver and their car comes up and you can accept the ride or reject and choose another driver. If you accept, the app tells you how far your ride is and its estimated time of arrival while showing you the car’s location on a map, both of which are quite accurate. After your ride is over you get to rate your ride and decide how much you want to “donate” to your driver. No cash is exchanged. Bada bing, Bada boom. You’re done.

In the 12 or so times I’ve used Sidecar there has been only one minor snafu – a driver marked that she picked me up but didn’t, then called me and Sidecar to cancel the ride but I was charged anyway. Sidecar promptly called me to solve the issue and refund my money, at which point I just ended up taking a regular taxi cab, so it was fine. One feature I'd like to see added to their service is the ability to enter a second drop off or pick up location so that you can split the ride with friends on the way to your destination.

I do also have some concern about the price of rides. The “average” or suggested donation price can sometimes be comparable to a normal cab, and other times be incredibly low. I get the sense that a lot of drivers are trying to figure out if it’s actually worth it for them (both now and long term) to pick up people at questionable rates. The prices are great for me, but there are times when the average suggested rate is so low I feel bad enough to pay what I think the driver should actually be making. I wonder if as the service gets more popular the average price will go up, or if drivers will begin to ask for more pay.

And I still have some reservations about my personal safety, especially late at night, which is maybe why I’ve never used it alone. I only use Sidecar when I can share the ride with friends who live in my neighborhood. One nice feature that addresses this is the ability to see a picture of your driver and their ratings, and the opportunity to decline a driver if you’ve had a poor experience with them (which happened to a friend of mine) or they have low ratings.