A tale of a tale of a shareable future, part 1: Introduction - Shareable
Skip to content 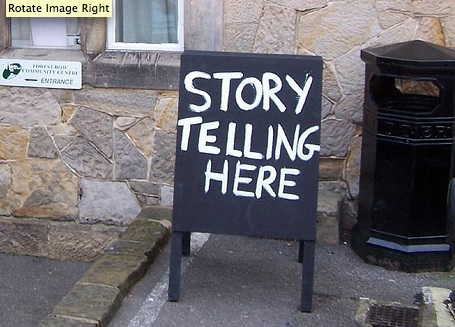 So about a month ago one Jeremy Adam Smith(1), editor of shareable.net, sent me a solicitation:

"I'm inviting science fiction authors to write stories of shareable futures, where technology has changed the rules of ownership and access, and people share transportation, living spaces, lives, dreams, everything and anything….As I told Cory and Bruce, I'm not looking for utopian propaganda–and indeed, I'd describe the stories they sent as counter-utopian. I'm looking for character and place, troubles and ambiguities, strong stories and intelligent speculation. Sharing solves problems–but what new problems could it create? What conflicts might it provoke?"

Now, here's something about living in a monetary exchange economy:

When I get such "would you write us a story?" emails, one of the first thing I scan for is pay rates. This is not because the money itself matters much. Given my sluggish productivity, my lucrative day job, and rates for short fiction nowadays(2), the check is not likely to have much impact on my finances. But for venues I haven't yet heard of, cents-per-word is usually a reasonable rough proxy for how interesting they're likely to be — in terms of professionalism, prestige, audience, and presentation.

So what are money and exchange for? Well: by brutally simplifying and quantifying the complex and polyvalent, by imposing costs and forcing decisions, they make a large world with poor information transparency easier to navigate. Indeed you could almost say the entire world we live in, and all our human relations, are distorted by a system principally evolved to allow distant strangers to deal with each other.

As a science fiction writer I naturally think: could another system for allowing distant strangers to deal with each other displace it?

Jeremy was paying Clarkesworld rates, close to the top of the short speculative fiction market, which (along with his name-dropping of other authors I admire) enticed me to click through. And Shareable is interesting: sort of like what a glossy lifestyle magazine would look like if it were designed to encourage people to discard and scavenge things rather than buy them, to share rather than consume. (It is so slick-looking I thought it was a commercial operation, which I thought was a piquant irony; acutally it's a nonprofit, so that the irony is located in my misapprehension).

The solicitation also came at a time when I have been thinking a lot about speculative economics, about the degree of arbitrariness and contingency of economic systems(3), and the way our lives are molded by them:

So… as I think you may have guessed by now. I said yes. Specifically, said he could reprint "Falling" (a short about an adhocratic Frankfurt of the 2050s which appeared in Nature, and which Nature kindly and experimentally-for-them allowed me to put under Creative Commons By-NC-SA) and that I'd try to write a sequel to "Falling" for him on his rather tight deadline.

This may be tempting fate. I almost never write sequels — or even set-in-the-same-universes. The only real follow-on that comes to mind that I've attempted is that very same languishing novel (it's a companion piece to my story "Droplet").

To make the time-crunch involved more dramatic (as if I weren't already away this weekend, travelling transatlantically to Wiscon right after that, wrapping up a product release at the day job, and then flying to the USA where I will be single-parenting kids on vacation, and as if I didn't already owe Tim and Ethan stories and Sharyn a picture book script), we decided that I'd do an experiment in public composition by blogging (more or less extensively) about my attempt to write the short story in question.

And that, dear unsuspecting readers, is what you are in for now. In part 2, hopefully soon, a little more about my muddled ambivalence about capitalism, and how I got nagged (not by Jeremy!) into cramming this blogging-series experiment into the already ambitious short story timeframe.

Benjamin Rosenbaum is the author of The Ant King: and Other Stories. His stories have been finalists for the Hugo Award, the Nebula Award, the Theodore Sturgeon Award, the

Benjamin Rosenbaum is the author of The Ant King: and Other Stories

. His stories have been finalists for the Hugo Award, the Nebula Award, the Theodore Sturgeon Award, the BSFA award, and the World Fantasy Award. In his day job, Rosenbaum has designed software for the National Science Foundation and the D.C. city government, and was one of the founders of Digital Addiction (which created the online game Sanctum). Born in New York but raised in Arlington, Virginia, he received degrees in computer science and religious studies from Brown University. He currently lives in Basel, Switzerland with his wife Esther and children Aviva and Noah.