A Life of Abundance Without Money - Shareable
Skip to content 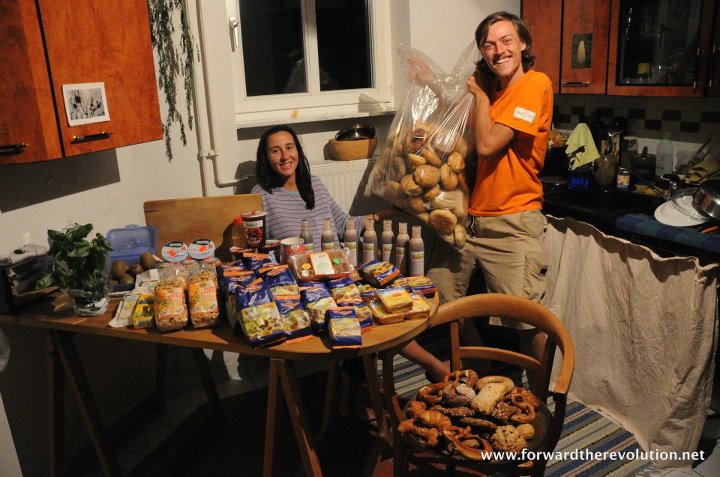 Daniel Suelo, 51, has spent the morning gorging himself on young green shoots of tumbleweed and fixing a rack to the back of his new (gifted) bike with a spool of bailing wire. His last bike, disguised as a flock of flamingos and lent to friends whenever he left his cave in the canyons of Utah, finally bit the dust last week after years of service.

Suelo gets around on a bike or by the flick of his thumb, on discarded spools of bailing wire and other useful throwaways, and on the generosity of others. Money has been absent from his life ever since he gave away the last of his savings twelve years ago, a move he says brought an authenticity and richness to his life that wasn’t there before.

[image_1_small_right]“I’m not even sure what poor really means, because I don’t feel like I’ve been lacking since I gave up money. I feel in a lot of ways more wealthy and not so limited,” says Suelo, his voice crackling over a friend’s phone line in Moab, Utah.

When he desires something, or craves something like chocolate (a not so infrequent occurrence,) Suelo takes a moment to find the seed of that desire, and most of the time he comes to the peaceful conclusion that he can contentedly live without it.

Suelo’s primary goal for giving up money was to find authenticity in himself — to cancel out all money and debt-driven motivations in order to do for the sake of doing.

Suelo, who blogs about his experiences using computers at public libraries, is not alone. While a growing number of people are finding themselves out of work or entrapped in the iron jaws of debt, a few are taking the subversive plunge into a moneyless existence, and at least nine other outliers across the globe are actively blogging about their lives without money.

The most common critique of Suelo, and one that flooded reviews of a recent book about Suelo, Mark Sundeen’s The Man Who Quit Money, is that he is a societal “mooch,” and that it would not be sustainable for everybody to live like him.

But Suelo believes this reaction represents the difficulty of imagining a society that is not built around the money system.

“It’s like we’re programmed at birth to think that all things come from money and all things are dependent on money, basically the belief that money is God and you can’t live without it… we are the only creatures on earth that believe you have to pay rent just to live,” he says

In reality, people have lived without money for thousands of years; the money system imposed itself on the sharing economies of indigenous cultures around the globe, like the Tarahumara tribe of Mexico, which still hangs on to the concept of kórima, the belief that it is one’s duty to share their wealth with others. People also live without money in India, says Suelo, stating that it’s generally easier to do in countries considered relatively poorer.

“The less possessions people have, I’ve observed, the more generous they are, the more they realize we have to share…this idea of sharing is more common in a poor culture than in a wealthier culture. On the flip side, the way the capitalist system is set up it’s encouraged, in fact it’s considered a virtue, to take more than we need, to take more resources than the earth can sustain and the way it’s set up now is not possible for everyone to live in this system, it has to snap,” says Suelo.

Since Suelo does not accept food stamps or government assistance, the “unsustainable societal mooch” argument betrays the societal disapproval that surrounds getting anything for free. It also points the lack of public awareness of an abundant waste stream that keeps dumpsters overflowing with perfectly good food. 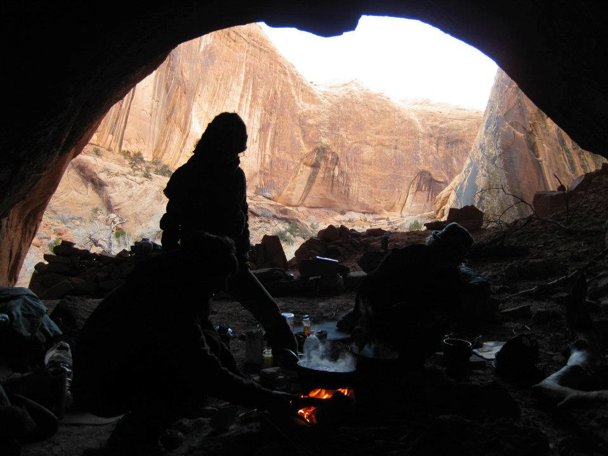 Benjamin Lesage is a French man who is part of the international group Forward the Revolution, a handful of whom were so inspired by Suelo’s lifestyle that they set out to find him and stay in his “guest cave,” which Suelo used to live in before downsizing to a smaller dwelling in the canyons outside Moab.

Lesage writes about his first trip to a dumpster behind a Trader Joe’s in Los Angeles on his blog:

We scavenge about 12 cans of delicious almond butter, salads, falafels, black beans [in] cans, blueberries, orange juice…We can't believe it. The next day we go to another dumpster and we find vegan soy cheese, tons of eggs, juices, squash, pumpkin [in] cans… we go to a Belgium bakery in West Hollywood, a rich neighborhood, and ask the manager about the bread after they close. They accept to give us what is left…kilos and kilos of a delicious organic and whole grain bread…We had so much food that we prepared bags of bread and cheese to give to the homeless people on the street. We ate like kings during these few days…happy and sad at the same time.

Lesage finds comfort in the assurance that any craving one has at any given time can be satisfied by the dumpster behind the nearest supermarket. He says living without money has opened doors to another world, where “faith in the law of the universe” means that everything you need will come to you, you just have to learn how to wait.

“That’s something we learned with hitchhiking, everything comes at one point. Another important change for us was to change our diet, from vegetarian we became vegan. learning to take care of our body as well our minds. We stopped smoking,, drinking…coffee and any other substances we don’t really need. The simpliest life is the happiest life I would say, when you don’t need anyting you don’t worry for anything,” says Lesage.

Still, reaping the consequential bounty of the expired and the excess means breaking through a powerful force field of social stigma, according to Suelo.

“Before I gave up money I worked at homeless shelters, and the idea of becoming homeless terrified me. But then i realized that the biggest thing that terrified me was not the reality because I liked to go camping, I liked the physical challenges,” says Suelo. “It’s really overcoming the stigma… overcoming worrying about what people think, which is really just my own thoughts. It’s realizing I’m going against the grain of society and really maybe people are judging me, and then realizing that doesn’t even matter, if I’m feeling judged I’m really judging myself, and that’s my true obstacle, just my own thinking,” says Suelo.

But even while the plunge into the pennilessness lifestyle seems like an impossible, and borderline-illegal leap to most, many are tentatively dipping their toes into the warm and welcoming waters of the gift economy. 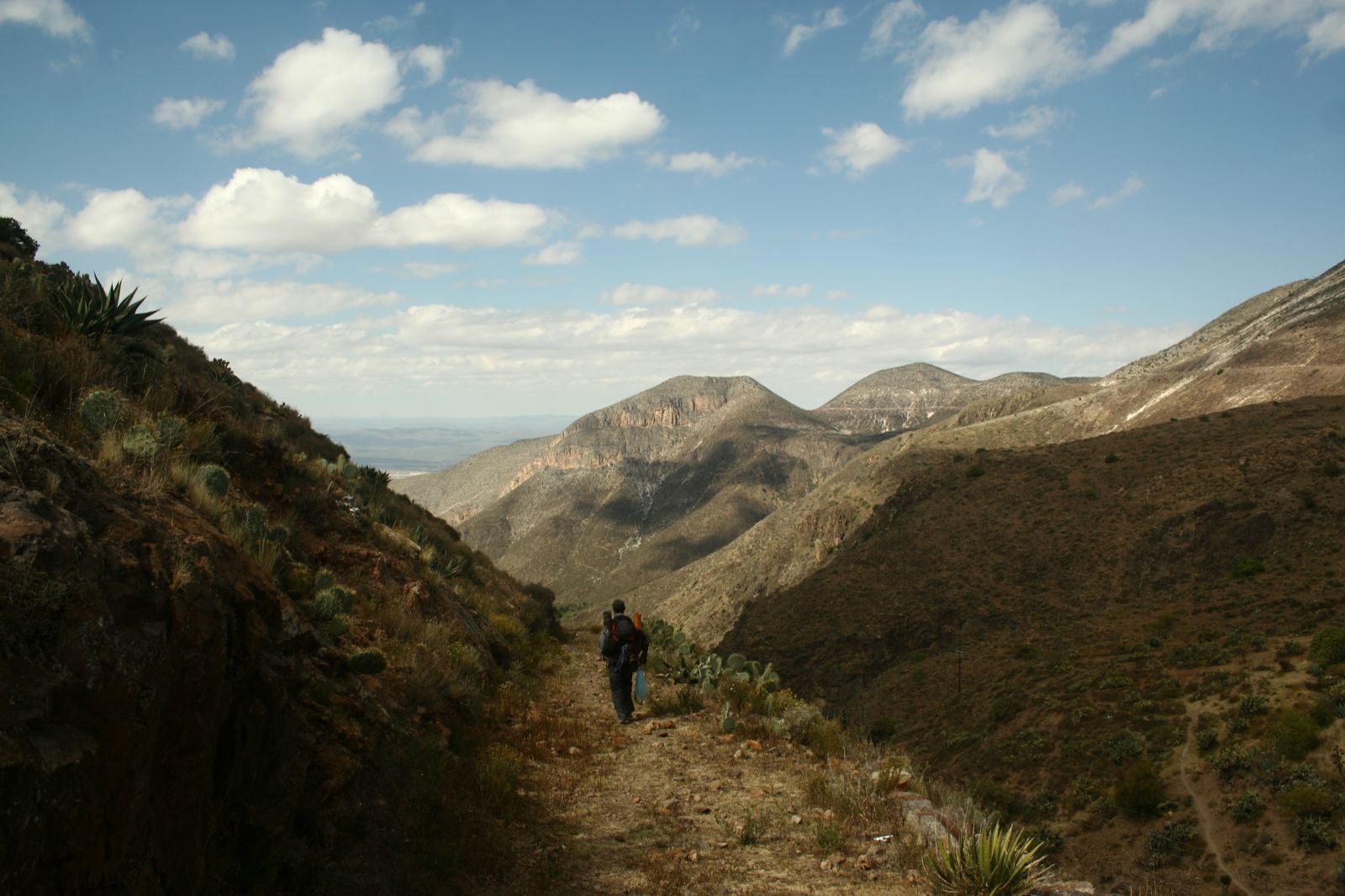 Photo from Forward the Revolution.

As in nature, currency is obsolete when survival is based upon freely giving and freely receiving, says Suelo. Similarly, a gift economy thrives on generosity and breeds gratitude.

“When we realize everything’s a gift, that all of nature works on the this grace or gratis of a gift economy then when we receive things we feel this sense of gratitude, and I think that was one of the most exhilarating things, I especially felt that when I first started doing this,” says Suelo.

After twelve years, he has begun to more seriously entertain the idea of a moneyless tribe, saying he’s ready for his next step towards sharing his way of life in a community.

Charles Eisenstein describes how it could work: “In a gift society if you have more than you need you give it to somebody who needs it. That’s how you get status, and that’s even where security comes from, because if you build up all that gratitude then people are going to take care of you too. And if there are no gifts, then there is no community,” says Eisenstein in an introduction to his book, Sacred Economics: Money, Gift, and Society in the Age of Transition.

But social skills learned in kindergarten seem to be long forgotten by the time we reach adulthood, and Eisenstein writes in his book: “Money seems to be the enemy of our better instincts, as is clear every time the thought “I can’t afford to” blocks an impulse toward kindness or generosity.”

John Sears, 64, is a retired carpenter who belongs to a time bank in Santa Cruz, California. Like Suelo, he believes that once people are re-introduced to the art of moneyless transactions, time banks will no longer be needed. It’s a step, he says.

“There's sort of this intuitive sense of balance that we have,” says Sears, “and I think thats the way it was when we lived in small groups.” Which may explain why Sears feels so good working on a farm up the coast and being given “a dozen beautiful fresh eggs” in return.

“I began to realize this feels really good, because I don’t have to think about money. I don’t have to extract money out of every transaction that I do with friends,” says Sears. 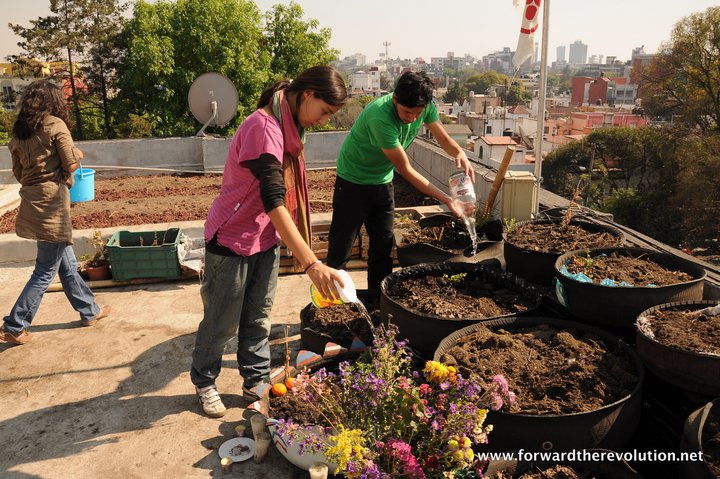 While Suelo wouldn’t call himself an extremist, a large portion of the population would. The thought of a moneyless life may seem overwhelming to most. But while the majority of people may never embrace a completely moneyless existence, Suelo and others like him illuminate the happiness and contentment of living simply.

And really, who needs an arsenal of power tools when all of your neighbors are willing to share theirs in return for some small act of reciprocity? A cup of sugar, perhaps, or an entire flat of fresh rhubarb preserves.

In reality, daydreaming about a worry-free world where rhubarb preserves are left on your doorstep by a neighbor may not be as feasible for somebody with debts hanging over their head. Suelo points to debts as an enslaving force that keeps people working towards a debt-free future rather than the present. Suelo urges people to ask themselves what they’re working for.

"I guess basically, the philosophy is that everything we need is right here in the present,” he adds.