A Bicycle Nomad Prepares for Re-Entry - Shareable
Skip to content 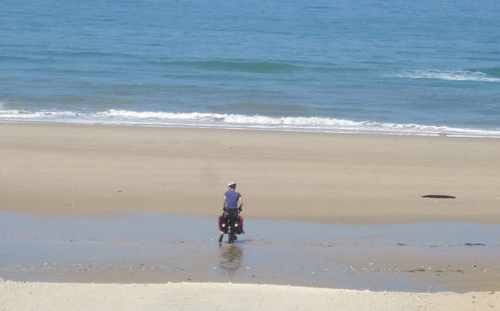 I was gone for almost a year, all told. I was on a bike, in a tent, most of that year. Before leaving, I had tucked into the deepest corner of my back pannier my house keys, small jangling embodiments of a fact that served as both security blanket and threat throughout my 3,500 mile bike ride: eventually, I would go back home.

When you’re in constant movement, stationary life becomes an image from memory. You can be so strung out on the curve of the road it doesn’t hit you quite right to be in a room. A room with a door is even weirder. When you walk into the room called your room, the air has a hazy shadowiness to it. It feels small.

Re-entry Rule #1: You are not the way you were 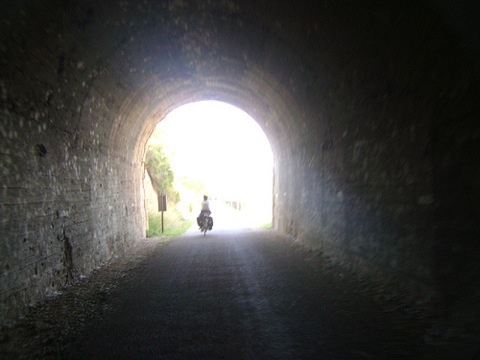 In the first two weeks, standing in the grocery store produce section is not advised. You notice how there are so many different kinds of oranges we think we need access to.

For even months later, there are many moments of panic and pressure, the unsourced expectation of “hurry, hurry, hurry.” Technologies shake and chatter like baby animals, demanding more.

You perform the act of ‘starting over’ by making the physicality of your experience into a bullet point on a resume. “On sabbatical”? It doesn’t really matter; there’s nowhere to send the thing to, anyway.

How people want to hear your stories, but not too many of them. 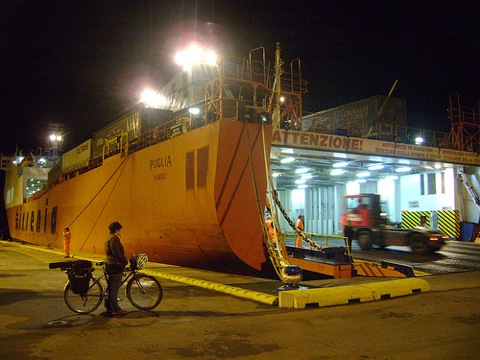 For the returned traveler, every moment has been a revelation, a new epiphany. Or at least new scenery. But for those who stayed at home or at work, time has moved differently. Their latest gossip or daily struggle to hold on is just as important as your memories of that one shepherd and his field, or the time you used the wrong word for something in some other language. The long version of your story quickly becomes private, a secret to hold, unused.

How this experience has changed you.

There are small, tangible changes: I keep less food around the house. I second-guess technology and the attention it demands of me. I am more open to letting strangers sleep on my floor, and my partner and I are better at being nice to each other while under physical or mental pressure. I understand a bit more about what is ‘American,’ and what is universal. I have encountered more people who are nice, more who are struggling, and more who are different than I am. Sometimes, I miss the tent.

This article is supposed to be about coming back: Ending a big voyage into the world out there, and about lessons learned and all the stuff your friends tell you when they come back from some awesome trip. They act like it was difficult and profound and life-changing, when really it just sounds like a sweet vacation.

There’s a common narrative when talking about re-entry: an image of the carefree travelers, the (hetero, middle-class, white, bored) couple returning from six months abroad to wax rhapsodic about hospitality and freedom from the daily grind. Let me tell you some more about living the simple life and roaming free without a fixed place to sleep and how it’s awesome and totally changed my life.

It is awesome. And it is also a myth.

Re-entry rule #3: You are still you 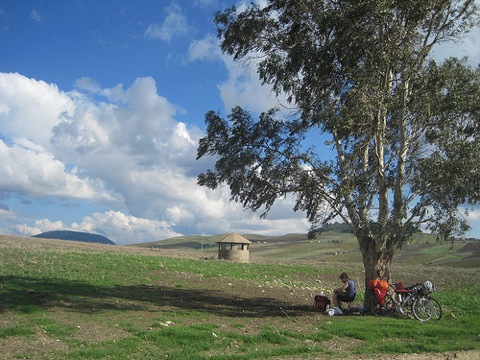 Traveling changes you and also doesn’t change you. My encounters with people from shepherds to hipsters, across landscapes from beach towns to mountain citadels, were wonderful. They don’t make me any more certain of how I’m going pay my rent next month. I’m great at free camping with confidence now, but I still would prefer to know where I’m going to sleep every night. I can conjugate the verb “to have” in five languages but I still say “totally” every other word when I’m speaking English. I’m still me.

[image_1_small_right]I view the act of traveling more as a temporary exchange than as a change. Traveling by bike for an extended amount of time, I exchanged certain physical experiences for other physical experiences, some pleasurable and some less so.

I exchanged the usual tools of connection in my life—phones, computers, trains—for wheels and words. I swapped stability for movement, control for adventure, career-ladder progress for the double-edged confirmation that our prevailing economic system is hurting people in other places, too. But essentially, I am still myself; I still have the same insecurities and foibles, the same personality, the same strengths.

What traveling does change is perspective. You are still you, and the world is still the world. But maybe for a few minutes or months you moved through the world differently. You talked to different people about different things. You listened. You sweated. You realized the ways in which you are spoiled. Then you came back. 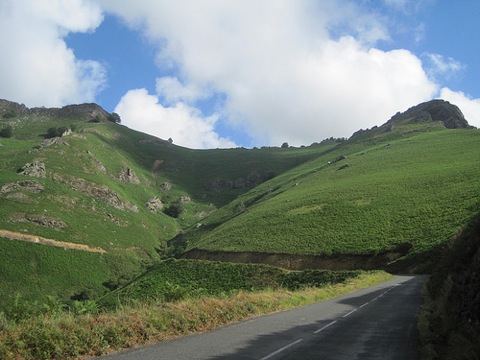 The most you can hope for upon return isn’t a new lease on life or a sudden transformation of your habits. Instead, you hope to be able to retain a fraction of the perspective you experienced by being outside of your daily station for just a minute. You hope to continue to see yourself as part of a larger vast society, in which an individual’s actions are both tiny and incredibly important. You hope to remember that there are many types of both bread and power in the world, and they are varied and complex and sometimes bitter to the taste. If nothing else, you hope to keep going with open eyes.

As you return, you hold with you the question that set you off in the first place. You are not the way you were, but you are yourself. As yourself, as whatever or whomever you are, with all the attendant baggage and privilege and experiences you carry: How do you move through the world?

There’s only one way to find out: actually move through the world.

Re-entry Rule #4: How to move through the world 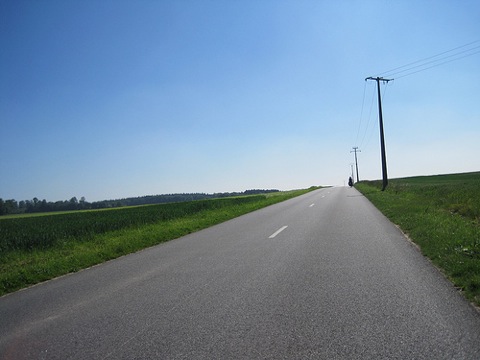 The rules tend to remain the same everywhere:

Be nice to people. Tell the truth and trust others to do the same. It’s quieter where there are less cars. Sleep when you are tired.

If you can’t carry it, you don’t need it. If someone offers you something you need, accept it. Eat all the food you have before you seek more.

Never own anything you’re not prepared to lose. Pack a nice outfit. Yes, it’s probably going to rain.

The Precariat's Guide to Biking Across Europe

In 2010 Manjula Martin and her partner set out to see the world the old-fashioned way: by bicycle. Over the course of five countries and 3,500 miles, they discovered an infinitely shareable world populated by people happy to share what little they had.

• Part One: The Precariat's Guide to Biking Across Europe
• Part Two: Bike Nomad, Where Did You Sleep Last Night?
• Part Three: A Bicycle Nomad Prepares for Re-Entry

Manjula Martin‘s work appears in The Rumpus, Two Serious Ladies, Post Road, and Used Furniture Review. She has been an editorial assistant at Zoetrope: All-Story and a music blogger at

Manjula Martin‘s work appears in The Rumpus, Two Serious Ladies, Post Road, and Used Furniture Review. She has been an editorial assistant at Zoetrope: All-Story and a music blogger at The Record Daily. Make bird sounds to @manjulamartin.