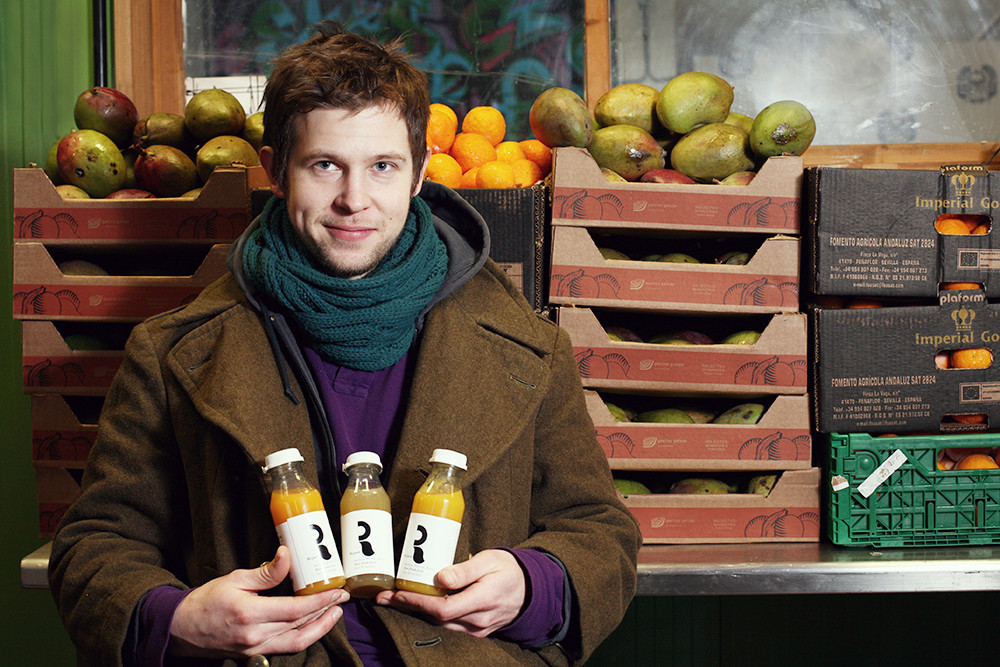 The slogan “Think Globally, Act Locally” has been around for some years now. Only a few decades ago, vibrant local economies were indeed more prevalent: people grew food in their own backyards, local agriculture was thriving, and farmers markets were abundant.

The explosive growth of the global economy has damaged the majority of these local traditions and structures. Humanity is becoming increasingly aware of this fact, but as the knowledge curve about these and other economic and environmental problems has increased, so has the destruction curve caused by the corporate capitalist system.

The worldview of the centralized global economy has been based on the idea of limitless material growth: that nature is a free resource and profit is the primary goal of economic activity. This shallow ideology has led us to the brink of ecological and economic collapse via species extinction, global warming, the energy crisis, and growing economic inequality, to name a few.

The Nordic model is touted by many economists and progressive politicians as a better alternative. But, if we look closer at this relatively equitable welfare economy—with the “happiest countries in the world” according to some rankings—we will discover that it generates one of the world’s highest carbon footprints, and it is heavily dependent on feed imports from Brazil and other countries to feed its domestic pigs and chickens, so it is also not a long-term solution.

In the past four decades, various forms of Green Capitalism have been presented as a solution. This model, however, is just a softer version of business as usual, and is primarily used by the elite to greenwash their image. Sustainable capitalism is an oxymoron, and has therefore been ineffective in solving any of the core problems in the global economy.

Since we have inherited a highly dysfunctional global economic system, a full economic-systems change is the only solution. We need to address the failures of capitalism and its ineffective forms head-on by creating decentralized and cooperative local economies, and emphasizing local production with local resources to meet local needs, and to build local wealth. Below are nine steps we can take toward building such an economy.

1. Change the concept of ownership

Change ownership from private to collective. We need to replace policies based on private enterprise and accumulation of profit with policies protecting our commons—land, water, energy, as well as the internet. These natural, intellectual, and scientific resources belong to all of humanity, not only to the corporate elite.

In some places of the world, local production and farmers markets are making a return, but it needs to be more widespread. We can achieve that by integrating global, national and local planning. We need policies for the entire global ecosystem of localized economies rooted in local culture. If using westernized sustainable solutions, planning must be sensitive to the local population’s need, scale and culture.

A core problem with capitalism is that there is no limit to what one individual can own. Today a handful of billionaires own as much wealth as half the global population while several billion people can barely feed themselves. A global cap on wealth accumulation is needed, as well as a maximum and minimum income, to balance the global inequality crisis.

We need to change the whole structure of economics to live within the constraints of the environment. To best accomplish that, a three-tier economy can evolve:

We need local, national and global policies to be aligned in order to:

Economies and cultures are intertwined. Appreciating this is key to creating true “economies of happiness”. The current consumer economy has made us believe that happiness is derived from increased wealth and consumption, but once our basic needs are taken care of, personal wellbeing and cultural activities—such as spending time with family and friends, creating and appreciating art, music, literature—are better measures of progress. These are endeavors creating true, sustainable happiness and wellbeing.

7. Environmental benefits of a local economy

Local economies produce less pollution, less transportation of products, less commuter time, etc. Due to their small scale, local economies also allow communities to live within their means and the local carrying capacity of the environment. People in local communities take better care of the local environment compared to those wishing to utilize it or capitalize on it from the outside.

Production within a local economy is most resilient when it is geared toward local self-sufficiency of food, water and energy. Only when those local needs are met should local resources be exported. Concerning exports, the focus should be on producing and exporting finished products—for example, chocolate rather than cocoa beans—as that will increase fair trade and local wealth.

9. Policies must extend beyond the local area

We need nested and integrated systems change at the regional, national and global levels. The criteria to understand what constitutes a local or bio-regional area should also be outlined: language, culture, geology, resources, topography, economic similarity, and other criteria, can be taken into account.

All the policy changes associated with a more localized economy have the welfare of local people in mind. Agricultural, industrial and cooperative policies should be coordinated from the local to the global level. Operating a cooperative economy today is quite challenging due to competition from the corporate economy, and only strong planning and coordination—such as in the cooperative economies of Mondragon, Spain, and Emilia Romagna, Italy—will allow a vibrant cooperative, local economy to emerge and thrive.

Underlying all the points above is the notion that in moving toward local economies, we can integrate the economy with the ecology. All local economic undertakings should be planned as part of a dynamic interrelationship with the local environment.

With this worldview, we can move towards creating truly regenerative local economies through an integrated network of local, national, and global systems change.

If you would like to dive deeper into this subject, learn more about how people are manifesting systems change by creating local economies, and want to share your own experience and ideas in this area, join the Systems Change through Local Economies Conference: a three-day event with talks, performances and workshops on the economic stories of mutual care and cooperation that really deserve to be told. Click here to learn more about the conference.

Roar Bjonnes is the co-founder of Systems Change Alliance, a long-time environmental activist and a writer on ecology and alternative economics, which he terms eco-economics. He was the editor of

Roar Bjonnes is the co-founder of Systems Change Alliance, a long-time environmental activist and a writer on ecology and alternative economics, which he terms eco-economics. He was the editor of the American Common Future magazine in the mid-90s, a magazine which featured some of the first articles taking a critical look at the so-called sustainable development model. He is the co-author of the book Growing a New Economy, which outlines the macro-economic framework for an eco-economy and which world-renowned environmentalist Bill McKibben calls “a hopeful account of the possibilities contained in our current crisis.”