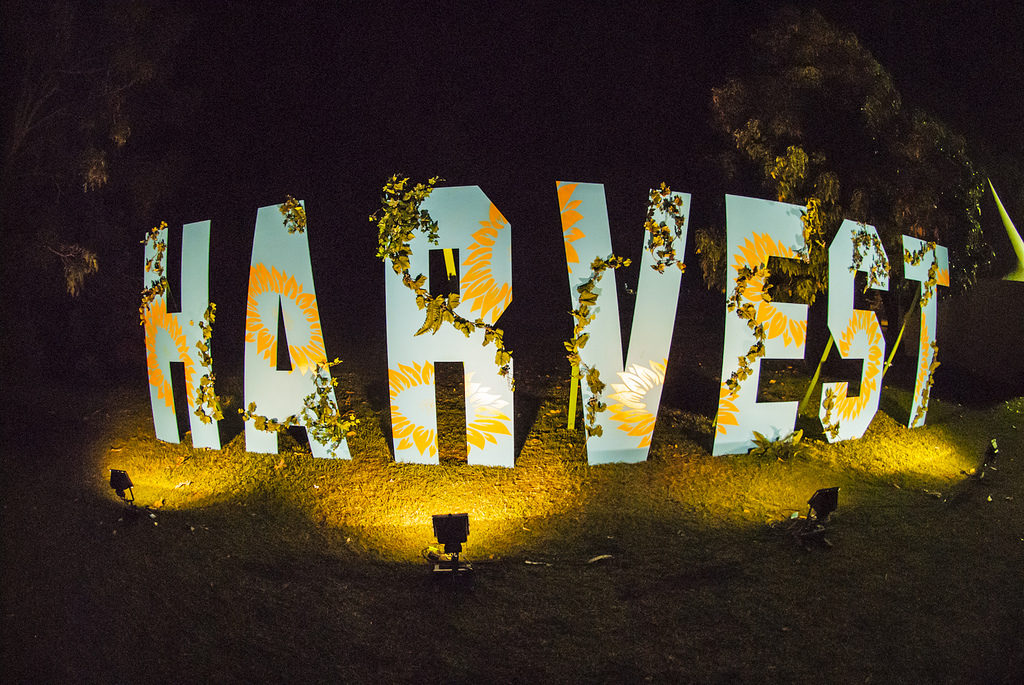 Before the age of supermarkets and 24-hour diners, seasons dictated our lives far more intimately than they do now and there was a time of the year that was crucial to human survival: the harvest.

Ever since our ancestors moved from being hunter-gatherers to farmers, the harvest has been an important element of the human experience. It was not only a celebration of the bounty each year, it foretold the future. At harvest, people would know whether they would be well fed through the winter and beyond.

To celebrate the harvest, festivals emerged. Ancient Romans paid homage to Ceres, the god of corn; Greeks to Demeter; and the Egyptians to Min, to name a few. Over the years, some festivals lost popularity, and in the age of round-the-clock and round-the-year food availability, many of us have lost touch with the rhythm of the harvest. Thanksgiving, once a time to give thanks for the bounty of harvest, is overshadowed in American culture by consumption. For instance, the day after Thanksgiving is Black Friday, the biggest shopping day of the year.

In the spirit of keeping traditions alive as well as celebrating cultural diversity, below is a sampling of harvest festivals from around the world. Some are ancient and some modern, but all are united by a focus on giving thanks for the fruit from the field and bringing communities together. Here's to a bountiful harvest!

1. Sukkot – The Jewish Festival of Harvest 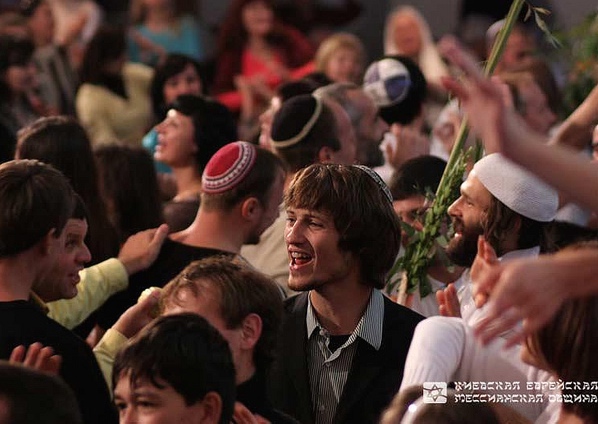 Also known as the Feast of Booths (Sukkot means “booth”), this week-long festival has a double significance: celebrating the harvest and commemorating the Israelite's 40 years wandering in the desert. Temporary dwellings known as Sukkahs are built and lived in for the duration of the festival and four types of plants, called the four species, are used in prayers and blessings throughout the festival. The Sukkahs' meaning is twofold: they imitate both the dwellings built by the Israelites and the dwellings built by farmers to protect the crops during harvest. Sukkot falls five days after Yom Kippur, and is celebrated all across the Jewish Diaspora, from Israel to San Diego and everywhere in between. Regardless of where it is celebrated, a rich heritage of tradition, culture, and feasting unites the festivities.

2. Mehregan – The Persian Festival of Autumn 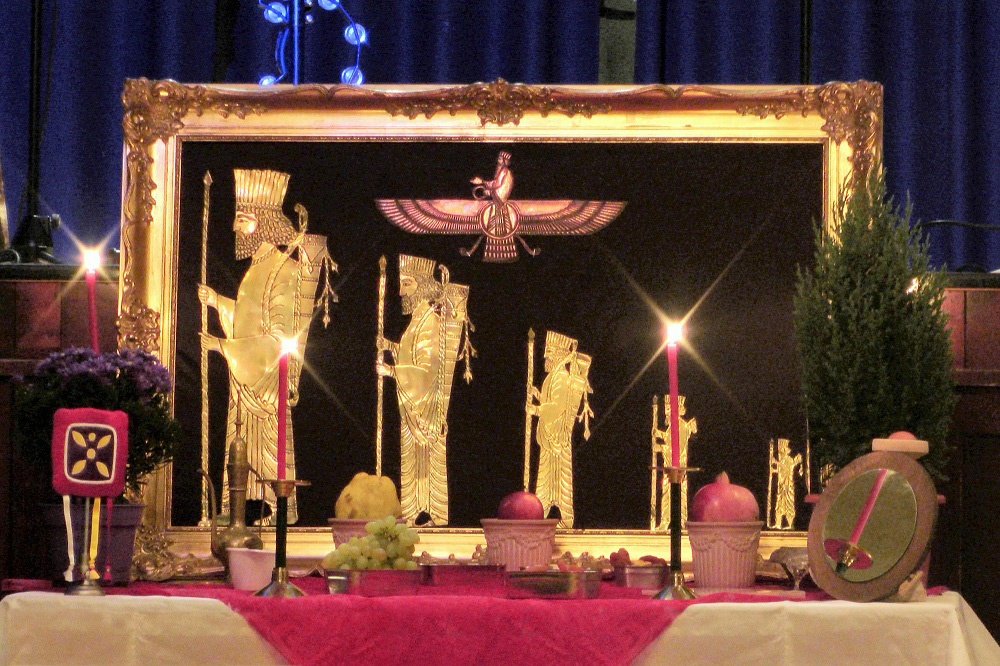 Mehregan originated in the ancient Persian city of Persepolis, where it served as both the day of harvest, and tax day. Visitors came from all over the Persian empire for the festivities, contributing to a lively day of gifting, feasting, and general merriment. As one of the two most ancient Persian festivals (the other is Nowruz, or the new year), it has stood the test of time and is still celebrated by Iranians worldwide. The October gathering also celebrates friendship and togetherness–the word “Mehr” in Persian means “kindness.” In the spirit of that, Mehregan is a time for families and communities to come together and gather, often around a table set with a colorful cloth and fruits, vegetables, and flowers. There are fewer taxes in the present-day festivities, but the rest of the festival lives on. 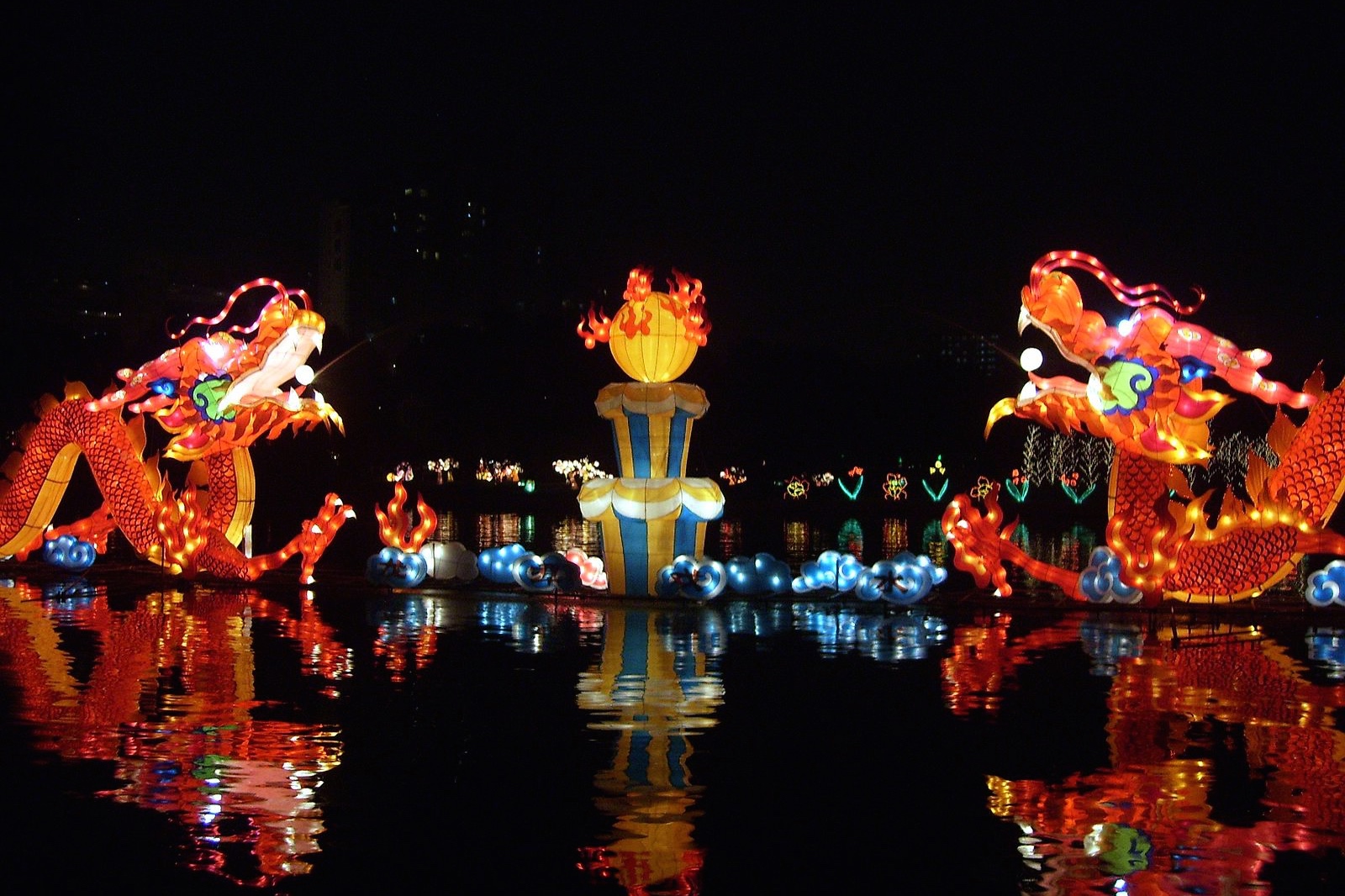 Second only to the Spring Festival in popularity, this September festival goes by a multitude of other names as well, such as the Moon Festival, Reunion Festival, and Mooncake Festival. These names highlight important aspects of the festival, which is near the time of the Harvest Moon and revolves largely around folklore about, and worship of, the moon. Offerings are made to various lunar deities and family members make and share mooncakes with one another, symbolizing their family unity. As the full moon was believed to be good for fertility and romance, the festival was also traditionally a time of courtship. The Mid-Autumn Festival is also celebrated in Taiwan, Vietnam, and the Philippines. 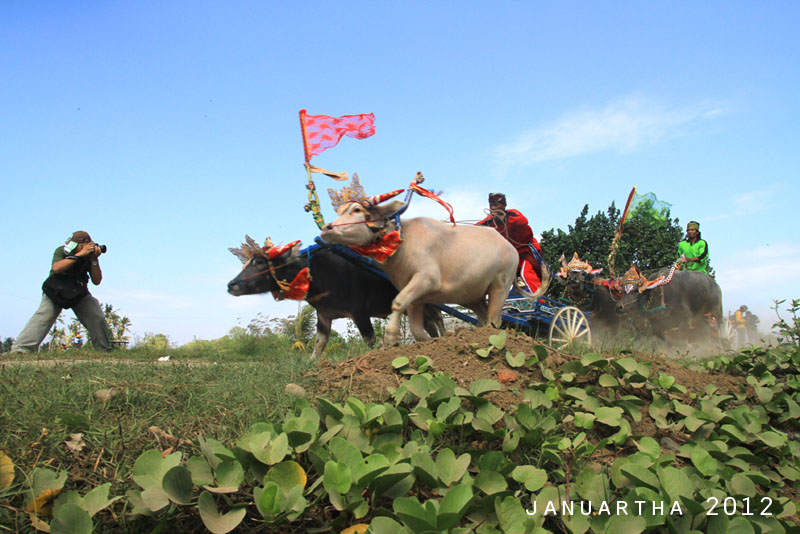 Since Indonesia is in the Southern Hemisphere, this festival actually happens in May, at the end of the rice harvest. Still, it's rich with tradition and color. Villages are decorated and painted, flags are hung, and small straw dolls are placed throughout the fields and villages as a tribute to the rice god, Dewi Sri. One of the most famous parts of the festival is the water buffalo racing, or Makepung, in which highly decorated bulls are pitted against one another on a race track. These races were introduced by Madurese migrants to celebrate the end of the rice harvest and, over time, have become a tradition all of their own.

5. Lammas and Lughnasa – The Pagan and Gaelic Harvest Festivals 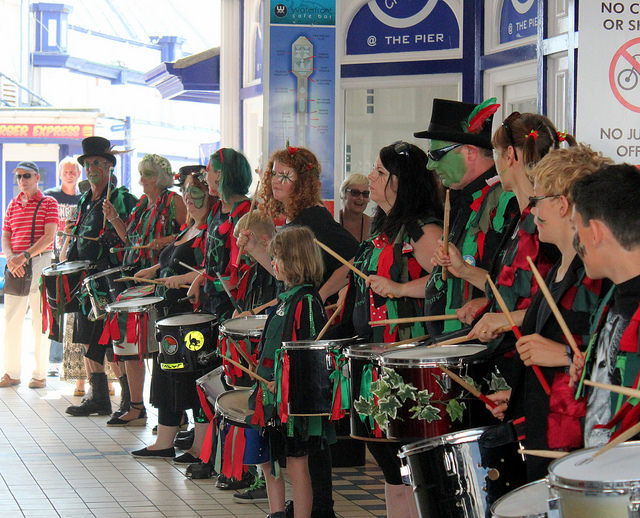 “Lammas” means “loaf mass,” and marks the day when farmers would harvest the first of their wheat in England and Scotland. The custom was to bring a loaf of bread to church on this day, and it's said that tenants would also present freshly harvested wheat to their landlords. Can you imagine if we still did that?

Lammas shares the date of August 1st with Lughnasa, the Irish festival said to have been started by the sun god Lugh in commemoration of his foster mother, Tailtean. Both festivals have Pagan beginnings and traditions, and both mark the beginning of the end of the long, hot summer days. Modern Lammas celebrations may include less bread and more music. The most famous of the modern celebrations is at Eastbourne Pier, in Sussex. If you make it there, you're sure to have a rousing good time.

6. Your Own Harvest Celebration 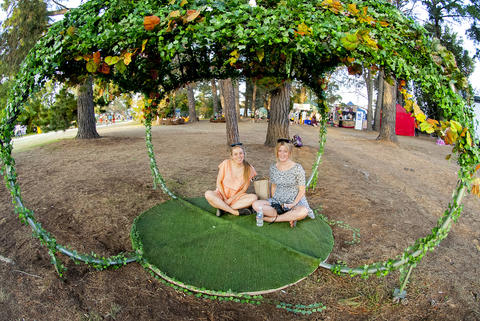 Why not create your own harvest festival? You can start as small as harvesting some herbs or wild edibles from your backyard, or as big as reaching out to local farms and seeing if they have any plans. Alternately, you could see what is happening already in your locale as countless villages, towns, cities, and neighborhoods have harvest festivals at various times throughout the late summer and fall. Use the platform of the ancient tradition of the harvest to not only celebrate the bounty reaped from the fields, but also the bounty of community—of coming together, breaking bread, and sharing. In the age of constant access, it is no small act to bring awareness back to earthly rhythms and seasons, and openly sharing resources (and food) is a revolutionary act in any time. Go all out, have a feast, enjoy the sharing – and have fun!

What are your favorite harvest festivals or traditions? Tell us in comments below.