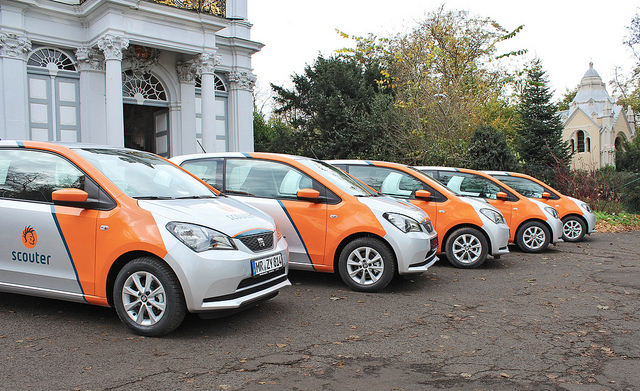 The Institute for Sustainable Development and International Relations (IDDRI), a nonprofit policy research group in Paris, France, recently published two quick-take issue briefs and a longer analysis that spotlights the potential of the sharing economy. These reports explore how goods-exchange networks, crowdsourcing, and collaborative mobility can contribute to and/or complicate municipal, regional, and national sustainable development goals.

The first issue brief, "The collaborative economy, a pipeline of innovations for sustainable development," is a short summary of the Les Pionniers du Collaboratif or Collaborative Economy Pioneers (PICO) project. PICO, which is a joint project of Iddri Université Paris Sud, ESCP Europe, Université Paris-Dauphine, Ouishare, and CNIID–Zero Waste France, set out to define the collaborative economy and delineate both its social and environmental impacts and the potential for adoption of a sharing economy agenda by public authorities. Project organizers collected data from stakeholders including sharing platform leaders and users as well as government officials through a series of interviews, a qualitative user survey, and a workshop.

They focused on innovations in the exchange of material goods and identified four key lessons:

The second issue brief — "Could “urban crowdsourcing” transform how cities are made?" — probes the potential of data collection programs to engage urban residents in the co-production of their social, political, and economic environments. Authors Tatiana de Feraudy and Mathieu Saujot paint an optimistic picture of the potential of big data to democratize city planning and administration, with some important caveats:

Urban crowdsourcing, write de Feraudy and Saujot, offers a citizen-focused alternative to a purely technical "smart city" paradigm. But the approach can only empower urban residents if it moves beyond passive data collection to allow users to actively shape both physical space and policy. Effective urban crowdsourcing does more than merely translate existing practices from the analog to the digital realm, argue the brief's authors. It must, moreover, be part of a holistic commitment to transparency and increased citizen participation. The pitfalls of urban crowdsourcing are similar to those associated with other sharing-economy endeavors: the computerization of data collection and distribution may convey a false sense of neutrality, or reduce citizens to users rather than user-producers of public space; certain demographics (wealthy, white, young) are likely to be overrepresented; and the conclusions drawn from experiments in urban crowdsourcing will remain irrelevant unless directly, and promptly, translated into legislative or other action.

IDRRI's June 2016 study, "The new collaborative mobility actors: from promises to challenges for the public authorities," synthesizes developments in carsharing and carpooling with an eye to municipal agencies' role in fostering sustainable transportation. The authors, Laura Brimont, Damien Demailly, Mathieu Saujot, and Oliver Sartor, outline a paradigm shift away from "transport" and toward "mobility." A "transport" model assumes continually increasing demand for travel, which it attempts to satisfy through a combination of public transit services and road infrastructure. The "mobility" paradigm, on the other hand, prioritizes additional factors including environmental impacts and accessibility, while also questioning the dynamics underlying travel demand.

Shared transportation services, including carpooling and carsharing, have the potential to be key players in a sustainable mobility network — but only if they are effectively integrated into existing transportation systems. Here the relationship between carpooling and carsharing platforms and public authorities is key. Municipal policies have been relatively successful in incorporating the first pre-mobile technology generation of such services, argue the study's authors. The record with respect to newer services, including P2P carsharing platforms, is more mixed.

The study, which also includes a review of the literature on the environmental and mobility benefits of shared transportation, concludes with six "pillars" of a public strategy for sustainable mobility. The pillars address the financial and physical infrastructure of shared transportation, emphasize the importance of communicating with users which in turn helps build critical mass, and encourage making space for experimentation and assessment at the municipal level. With respect to the prevailing fear that shared transportation services will compete with rather than complement public transit, the authors suggest a joint planning approach that gives transit operators partial ownership of the development of collaborative mobility modes.

IDRRI's recent publications necessarily recover some well-trod ground, including definitions of the collaborative economy and collaborative mobility and the contests over the same, and the still-underwhelming body of research on app-based sharing services. They also add important new dimensions to the conversation, including the perspective of a variety of stakeholders, as in the PICO brief. The most outstanding aspect of these reports is shared by all three: the focus on public authorities' relationship to collaborative services. Rather than lamenting the commercialization of sharing, on the one hand, or the slowness of public authorities to adopt regulatory changes, on the other, the studies' authors offer targeted, timely tactics and strategies for a path forward.