Will Detroit's Water Be Privatized or Recognized as Commons? - Shareable
Skip to content 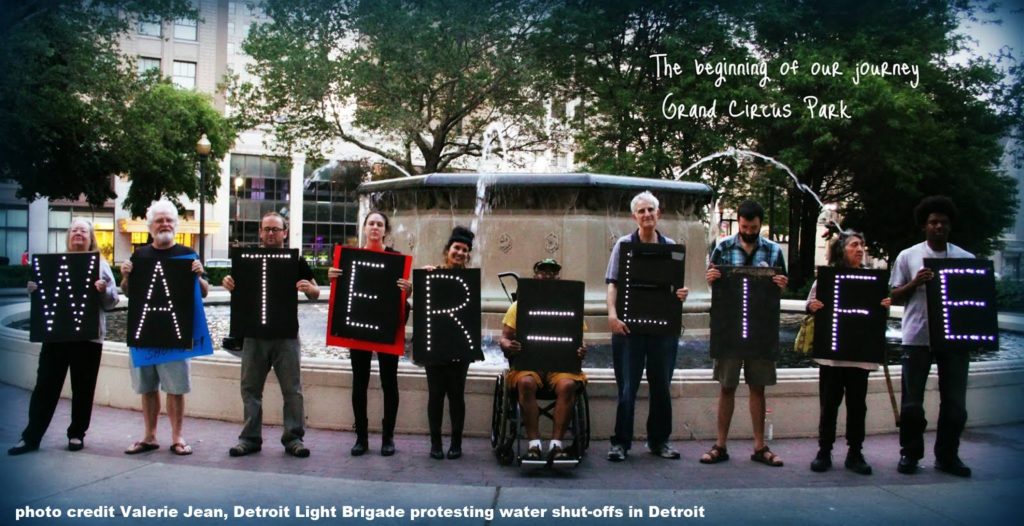 When it comes to a person’s fundamental needs being met – nothing is more basic and human, than to share.  Right now the people of Detroit are being attacked by an unelected regime that represents the interests of the banks and large corporations. Their latest campaign has been to turn residents’ water off. Approximately 300,000 people are shut off from water, because this makes sense in their corporate model. Detroiters sharing with neighbors has hit an all-time high.

Water is a Human Right.

Right now in Detroit, next to the Great Lakes (25% of the fresh water for the world), under the guise of bankruptcy; residents are being targeted, pushed out of their homes, andsubjected to unreasonable rate hikes in a bid to ultimately privatize Detroit’s water.

"We are not saying that the services of running water should be free, we are saying it should be affordable and accessible by all, and we have put forth the Water Affordability Plan to that end, which was approved by our city council," says Priscilla Dziubek, of the Peoples Water Board. This plan is self-funding and graduated much like the tax system where no one pays over a certain percentage of their income on water.

There is also an insidious double standard in the way that people are being treated when compared with corporations.  Corporations are not being threatened with shut off, yet many owe thousands. Families are being deprived of water for as little as $150 arrears, regardless of past payment history. This nominal amount can have dire effects.  Water shut-offs can lead to major health problems, home foreclosure, and removal of children by the state. The massive scale and rate at which these shut offs are occurring bespeaks an ulterior motive: further debilitation of the people of Detroit and an assertion that the water should be managed and controlled by a private corporation.

Detroit: Water from Halima on Vimeo.

The U.N. agrees and stands with the people of Detroit.

The sharing community in Detroit is mobilizing in several ways.  Folks from all walks of life and intersections are working together to foster compassion and empowerment among neighbors.

“We are waging love in our community,” says Lila Cabbil of The People’s Water Board. “We are working with many groups setting up compassion centers within the community.” In addition to weekly Freedom Friday rallies to raise awareness, PWB works on policy and created a water affordability plan for Detroit.

The People’s Water Board advocates for access, protection, and conservation of water, and the following tenants:

Water is a human right and all people should have access to clean and affordable water.

Water is a commons that should be held in the public trust free of privatization.

Another example of promoting solidarity came via a punk band concert last week…“we were contacted by Ramshackle Glory, and asked to speak on the water issue at their show in Detroit. They offered to split the door 50-50 with us in support of the emergency water relief work," says Sarah Coffey, a community organizer. “They believe in in the importance of sharing privilege and resources with community, and set a great example of how we can choose to interact with each other.”

The Detroit Water Brigade, a member of The People's Water Board is hosting a weekend of Water Awareness Saturday and Sunday 6/28 and 6/29 from 12-5 at Jakobi Ra Park (Woodward @ Avalon in HP). Neighbors will be able to get information from organizations like Michigan Welfare Rights Organization, Eviction Defense, the Sierra Club and many others – not only on emergency relief, but also water conservation and sustainability and offer the opportunity to get involved. Detroit Water Brigade is setting up neighborhood water distribution hubs and helping people with rainwater collections systems.

While corporations create plans that discount humanity, and tend toward destruction; the people are joining together engaging authentically and creating new systems that lend towards collective thriving.

There is a fund set up to match local donations for people in dire need. detroitwaterbrigade.org is accepting water coolers, rain catchment, and purification equipment.

We, like our planet, are made mostly of water. Give thanks! Check out Water Consciousness. 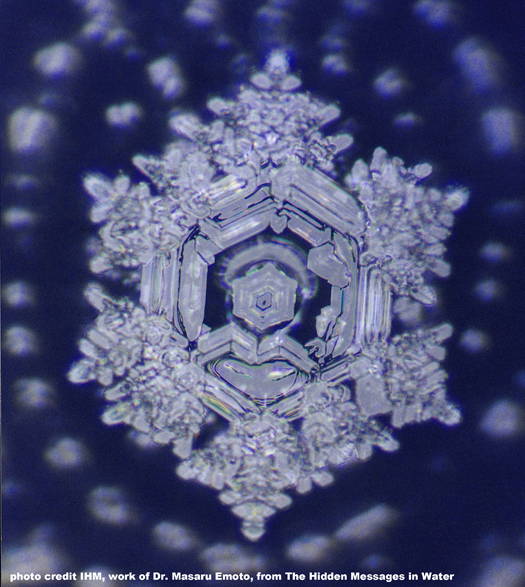 I define my life's work as movement into alignment with my highest purpose which is service to my community/family through a contribution of time, knowledge, love, and creative talents which

I define my life's work as movement into alignment with my highest purpose which is service to my community/family through a contribution of time, knowledge, love, and creative talents which are ever-evolving.  I am dedicated to my continual personal positive transformation which I know is the beginning of my community.

+ #detroitwater: creating media that uplifts the voice of the people of Detroit and sharing with our networks to garner solidarity in saying:

water is a human right; moratorium on all residential water shut-offs

water is a commons; no privatization of our water

+ Building solidarity and sharing networks by assisting coordination of national conferences convening in Detroit this year including Roots and Remedies and Re-imagining Work.