Why Don't You Move to North Dakota? - Shareable
Skip to content 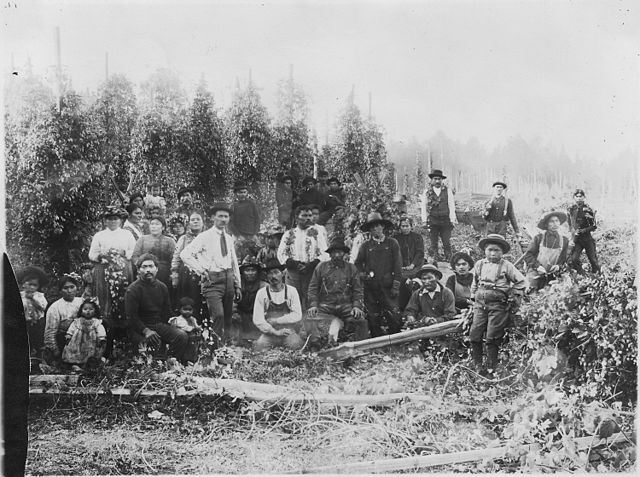 When the New York Times published Todd and daughter Victoria Buchholz's editorial "The Go-Nowhere Generation" last weekend, the editors knew it would be a hit. These pieces, with their combination of nostalgic fantasy and grouchy condemnation always are. Right now it's the paper's second most emailed story, just below whatever nonsense Tom Friedman filed this week. Having hit the ruin-the-global-economy trifecta between the Bush administration's economic policy shop, the Harvard economics department, and a multi-billion-dollar hedge fund, Todd is now consulting about how lazy Generation Y is, while using his Cambridge-student daughter for cutesy cover.

The big problem, as he understand it is, simple: "20-somethings just won't move in order to take a job." Sure youth unemployment is high, the Buchholzes argue, but not in less populated states. If you had real American spirit, you would "hop a Greyhound bus to North Dakota." That's the argument: that young people should function as a better reserve army of labor, flowing efficiently to wherever there's the possibility of a job. "Respond to the economic incentives better, dummies!" is pretty much the quality of this line of thought.

The Buchholzes have a serious misunderstanding about how money and appropriation function in settlement. The authors use the example of the pilgrims, but they overlook the taking and enclosure that comes with colonialist or imperialist expansion. Simply put, the pilgrims came and stole a whole continent worth of land and resources. Young people launching an invasion of North Dakota in which they disregarded current ownership rules is actually not a bad idea, but that's not what they mean. They mean we should go places with jobs and integrate automatically into the local economy, not seize "unused" resources. We are not the pilgrims.

Another example the authors use is John Steinbeck's Joad family from The Grapes of Wrath which is, to say the least, not a very compelling argument for taking to the road. Between a basement with an XBox and life as an itinerant agricultural laborer, I don't know how the economic rationalist Buchholzes can fault anyone for picking the former.

But let's say a young person really did have the sort of spirit the Buchholzes expect and wanted to go try his or her luck in Bismarck, how would they do it? I don't know if the authors looked up prices before they suggested the trip, but a Greyhound from New York to North Dakota takes around two days and costs about $200. I also don't know what kind of unemployed young person has a couple hundred bucks lying around, but I know I don't and I do have a job. The poor of an earlier time may have rode the rails, but now the transit system is well patrolled by armed guards who will shoot. Maybe the authors are suggesting parents should buy their kids one-way bus tickets to less inhabited states in the domestication of an abhorrent government practice.

Let's say this kid's parents want them out, and give them the $200 to explore their dreams in Bismarck. Two days later they arrive and then … what? In the Buchholz story, a job, which is all they seem to think a human being should want or need. But the reality is a little more complicated. Try bringing all of your possessions in a rucksack to a job interview, or applying without a fixed address. Or talking to an employer after two days on a bus with no shower. Without any support structure, there's nothing but a college degree that separates these wandering job-hungry youths from vagabonds. The Buchholzes look back fondly to the 60s and 70s, but I guess they didn't watch till the end of Easy Rider and never started Rambo. It's dangerous to be just out on the road, poor and desperate. It has was never been all fun and adventure, especially if you're a woman, not white, queer, or young.

And let's say this immigrant is one of the lucky ones and finds a job the first day and a free or cheap place to sleep the first night, a combination that sounds extraordinarily difficult under the current circumstances. Then this young person has a job somewhere, but because of the desperate situation, probably not one that pays well, is interesting, or offers much chance for advancement. It's most likely not the beginning of the kind of independent life Todd wants for his daughter, not because it's hard, but because it's unfulfilling. It's a life of being a useful cog for people like Todd, a cog that will go, on its own power, wherever it's needed.

If there is a frontier for the young and unemployed, it's not in another state, it's in another society. When occupiers in Oakland tried to fix-up and use an abandoned building, they chose the former Traveler's Aid Society location, one that itinerant young workers in particular could use to avoid the vulnerabilities I described earlier. For trying to set up this supporting infrastructure in an unused space, they were attacked with military-style force. So they regroup and plan for another attempt.

If we're going to sleep in parks and face police guns either way, we might as well do it where we live with our friends rather than in North Dakota. Unless you live in North Dakota, in which case there is, of course, Occupy Bismarck.

The authors ask if "we really want to turn into a country where young Americans can’t even recognize the courage of Tom Joad?" but I think we're just starting to rediscover that courage. It's the economists, and their children (metaphorical, or in this case literal), who don't recognize it.