Want to Change the System? 'Become the System' - Shareable
Skip to content 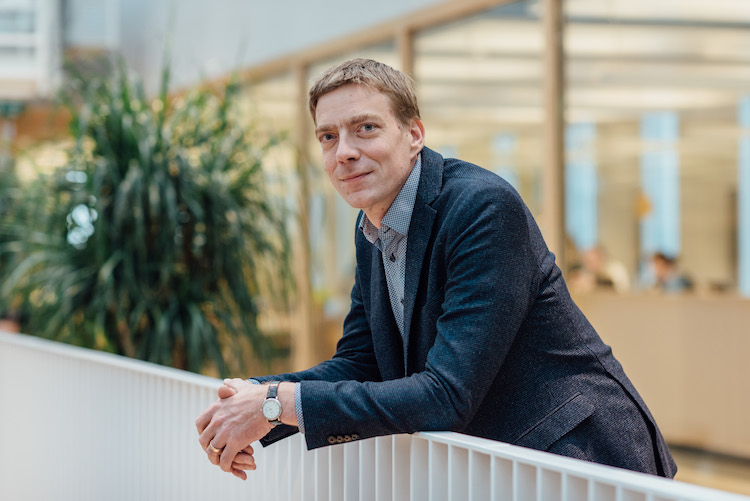 We live in turbulent times: many certainties are disappearing and changes are difficult to understand. Can transition management help us to explain where the world is heading? Derk Loorbach, director of the Dutch Research Institute for Transitions (DRIFT) at the Erasmus University of Rotterdam, talks about the mechanisms, risks, and trends necessitated by transitioning towards a more sustainable world. "If you want to change the system, you should eventually be willing to become the system," he says.

How do you define transition?

A transition is a radical, revolutionary, and long-term change. The transition from dictatorship to democracy, from mobility from horse and carriage to car, from small-scale decentralized energy system to central fossil energy system, from small-scale agriculture to industrial agriculture — these are very big changes that are technological but also social, institutional, economic. Many developments occur simultaneously, but not everything changes from one day to another, sometimes it takes decades. The great revolutions in history, the political or industrial revolutions, can thus be understood as a transition.

According to the conceptual framework you use, at some point in history an entire system — politics, economics, technology, and everything related — gets stuck and shifts to new system with completely new rules?

Systems have a dynamic equilibrium, in which many small and gradual changes occur. There are dominant values ​​and structures that give a lot of stability, it is something that cannot be changed easily. Yet, at some point, the system itself gets under pressure to change, and the system itself resists against these changes. This means that the pressure becomes so high that at a certain moment the whole system transitions to a different phase, a completely new kind of equilibrium. This transition process is not gradual. A slow change is followed by a chaotic period of severe changes when different processes reinforce each other, until slow adjustments finally occur in a new stable phase.

Is there a reason why this happens?

Transitions never have just one cause but they are the result of developments in different domains that foster and strengthen each other, as an interaction. Developments can take place in technology, economics, institutions, culture, ecology, behavior … and they make the existing system or equilibrium unstable, increasing the pressure to adapt to changing circumstances. Throughout history you can see an alternation of fast and slow dynamics. Change is a constant. It is not possible to predict when and how transitions take place, to know exactly which crisis triggers or accelerates them, but we do know that it is inevitable that there are tipping points on which alternatives break through.

It feels like we're on the eve of such a pivoting moment.

It is not possible to predict transitions, but it is possible to look at the symptoms of unsustainability, that indicate a disruptive phase. You could ask whether the current equilibrium is sustainable or not.

It seems obvious that it's not sustainable.

There are lots of developments going on of which we know that they will increasingly lead to pressure to change. If you look at demography, computerization, automatization, or climate, you realize that a major change in the long run is inevitable. New people, other forms of composition of population and generational changes lead to new ideas. Everyone has the ability today to share information. Automatization is taking place in numerous processes. Climate change and discussions about sustainability gain importance, and also the attention to raw materials and the environment. There is growing concern about our economic model.

What can be done to make a transition peaceful?

I can only stick to some kind of basic optimism. I see that in practice on a small-scale level it is possible that people organize themselves in a solidary and inclusive economy. They can live well with a healthy diet that has a very low ecological impact, and organize food, energy, care, and mobility in a sustainable way. On a small scale, I’m hopeful seeing these inspiring examples. But I can not predict or explain how we get through the chaos, sometimes I also become gloomy about it. It is unthinkable that we will still have this same discussion in 50 years from now. So much damage would have occurred and so much crisis, it is simply impossible.

This means that an enormous economic correction will takes place, and also social and environmental correction. We must therefore be very aware of the risks we face. If we are unable to grasp this momentum and become more sustainable much faster, the transition can also lead to huge destruction: huge climate impacts, huge migratory flows, wars over food and water. In the past, wars have often been the mechanisms to solve tensions. The question is thus: what can we imagine as a peaceful war?

Perhaps we should rather collaborate instead of pursuing competitive forms of logic?

There are hopeful signs that we can now reach agreements at a global level and there is also a global awareness of the crisis. This means that there is a lot of money moving towards sustainability. So there really are hopeful signals, just, in the short term, things are still moving in the wrong direction.

At a macro level, there is an ability to transform knowledge into a commitment to action and to concrete goals for the whole world. The Sustainable Development Goals are a very good example. On a number of points, it really works: reducing poverty, ensuring enough food, enabling energy. But there is still a very big gap, and I can not predict how to narrow it. All we can do is try very hard and fight to make these changes a reality together.

In the early stages of transitions, it is mainly particularly alternative people who don’t eat meat, or who work with social economy or install solar panels. But as the system is getting more in crisis, more people who are part of the system start to think about the change, as do business people or people in policy. When these two groups can be connected — the alternatives and the people in the system willing to change —new combinations will emerge. In a transition, it's not that all the old disappears and something completely new appears, but often it's a new combination. This is what we try to strengthen with transition management: We look at transition dynamics and analyze where people are trying to change the system. We try to connect different alternative dynamics and make them work together, in order to increase options for sustainability.

Is there a general trend in these alternative models that are arising?

There is a shift from a society where things are rather centrally organized (nation states, central energy supply, large-scale centralized industrial agriculture), towards a networked society where things are organized at the local level. Self-organization is possible through the digital revolution and through ICT support. Thanks to this increased capacity of self-organization, new ways of organizing the economy are becoming more interesting: collaborative economy, p2p, circular economy, and social economy. There is both more knowledge and capital available, and we all have an increased ability to share this knowledge and capital. All over the world, local initiatives appear that are globally connected. They are "translocal," and it's a huge movement. It’s basically about bringing back production and consumption, and decentralizing it. Instead of saying "we need to produce more food and energy, and let's do that by professionals in industrial systems that are organized separately," they are brought closer together. This revolution has already started.

This revolution is hopeful news?

Yes, but there are two major challenges from a sustainability perspective: It must lead to more sustainability, which means consumption and production within ecological boundaries, and also to greater inclusiveness, which means it has to be accessible for all, so that it becomes the new norm. This requires a change of mentality of many small-scale initiatives. In the initial phase of a transition, alternative people tend to oppose themselves against the existing system: There is a feeling of resistance and a strong group identity of alternativity.

In the later stage of the transition, they should shift towards a collaborative mode to make sure that others take over their ideas and copy them, in order to allow them to become part of the new system. This is often a huge dilemma in many of the alternative movements: If you want to change the system, eventually you also should be willing to become the system. The ideas of the underflow must be made acceptable for the mainstream, but then they also become part of power.

Do you think that "distributed" versus "central" is the new "left-right" antagonism?

We should be able to develop a complementary form. A system which is purely decentralized and only distributed doesn’t make sense. The achievements and benefits of a centralised form of production shouldn’t be underestimated. Sharing tasks and separating functions is very useful because it leads to an efficient organization. A cooperative is also a form of central organization: People agree on how to organize everything in a collectivity with the result that not everyone has to do everything. In cooperative food production, where citizens entrust a food producer, not everybody has to produce their own food, but it is done in a much more democratic and inclusive way. The future is beyond the dichotomy of centralised versus decentralized, or left versus right, but about the balance that should be found.

What can each of us do in order to contribute to a sustainable transition?

Everything matters. So in the end, it also makes a difference if you do not choose, or when you think it doesn't matter. Where you buy your stuff, what you eat, how you move, who you talk to, how you talk … in everything you do through the day, you can make the difference. Finally, it's different for each of us, but think about where you spend your money. Which system do you support? Think about the changes that take place in your neighborhood, how they contribute to the desired transition, and how you can connect them. For many of us, it means we should slow down a moment and wonder: Am I reinforcing the existing system, or am I involved in exploring and discovering that greater change? That is also asking the bigger question: Am I living the right way? The beautiful thing of transitions is that each of us can make the difference.

Bart is an investigative journalist. He writes for the Barcelona-based newspaper La Directa and for several other news sites, such as apache.be or mo.be. He covers general social, economic and

Bart is an investigative journalist. He writes for the Barcelona-based newspaper La Directa and for several other news sites, such as apache.be or mo.be. He covers general social, economic and cultural news, and is interested in sustainable ways of living, working and producing, based on collaboration instead of competition. You can read more of his articles on www.contributing2commons.org