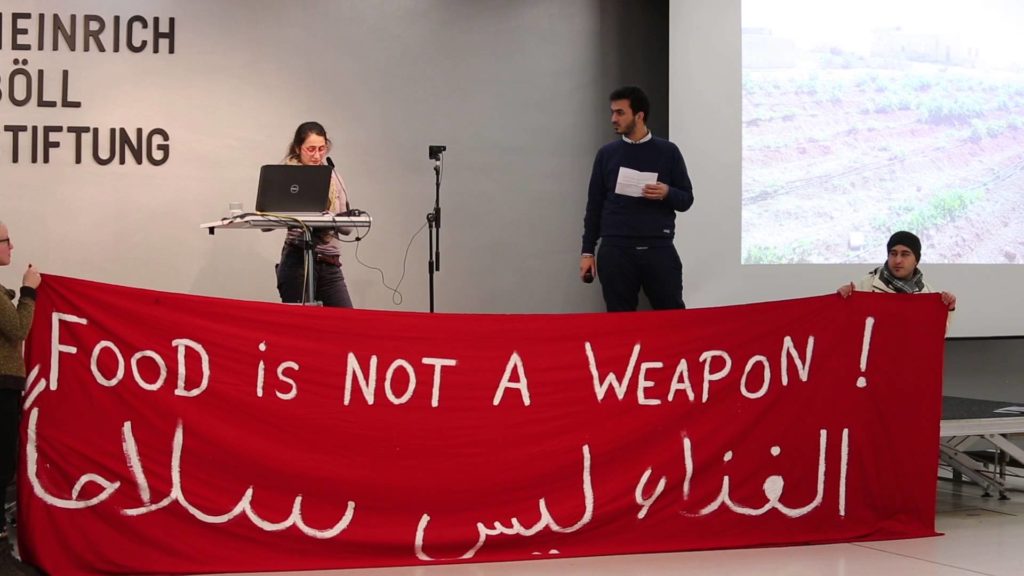 Urban gardening initiative in Syria keeps people from starving during constant siege; food sovereignty allows people to resist domination by surviving the blockades, but not the bombings.

Many Syrian activists have given their country a nickname, Assad's Farm, after Syria's president Bashar Al-Assad. The two Syrians I interviewed for this article give a wry smile while referring to the treatment people receive under the Assad regime. They are treated like animals. Herded like cattle, slaughtered like pigs. They are Assad's animals. 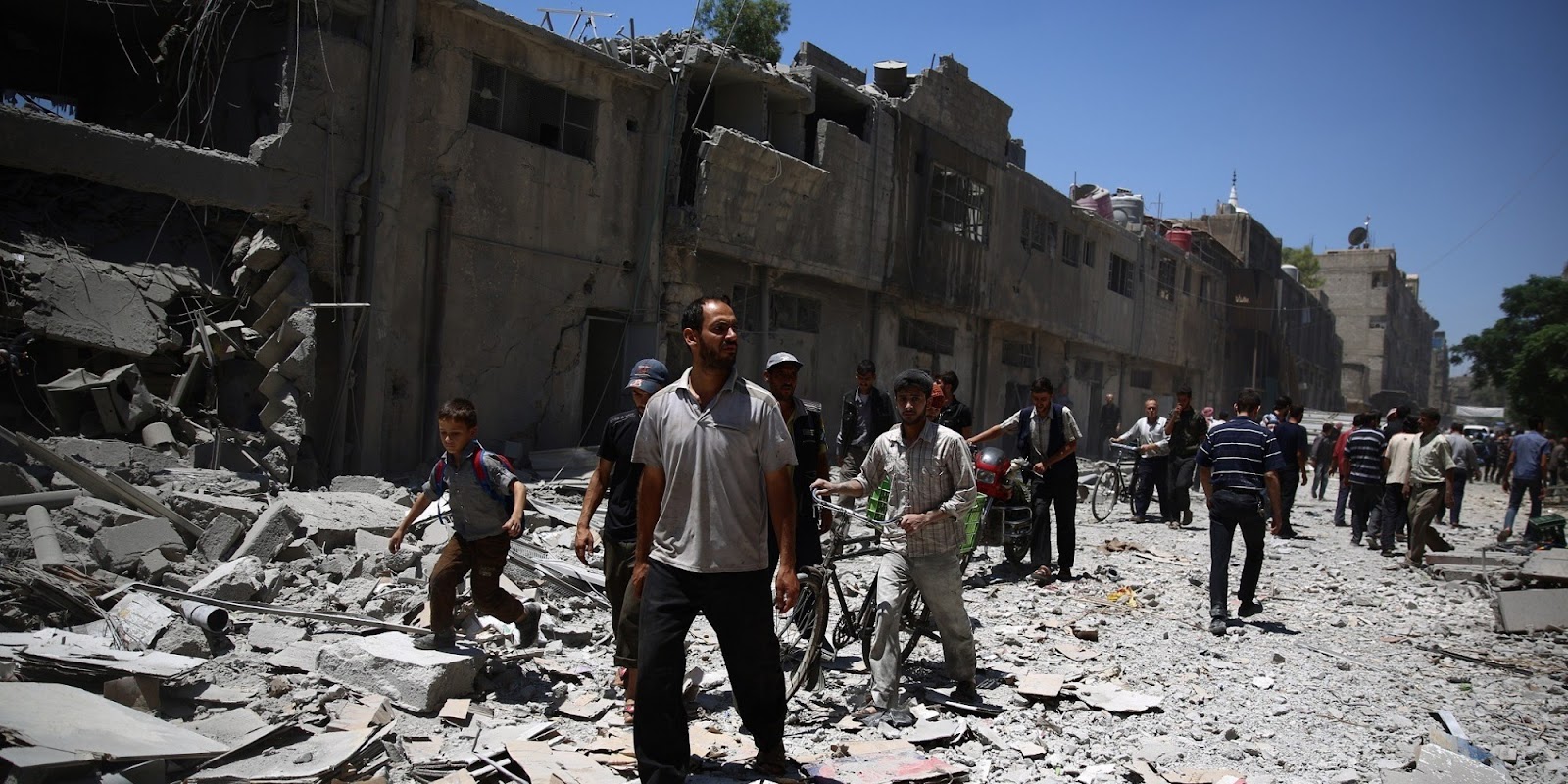 The city of Zabadani after the combined offensive of Assad and Hezbollah.

Abdallah Al Shaar and his translator are in Greece to present their activist work which started before they were forced to leave Syria as refugees. I meet them at the Dome Event in Athens, an inspiring conference that showcases projects that deal with the refugee crisis in innovative ways. The project that Abdullah presents is called the 15th garden, it's an urban gardening project that provides food for people living in Syrian cities that are under siege. Currently there are 30 of the gardens in 17 different besieged cities throughout Syria. 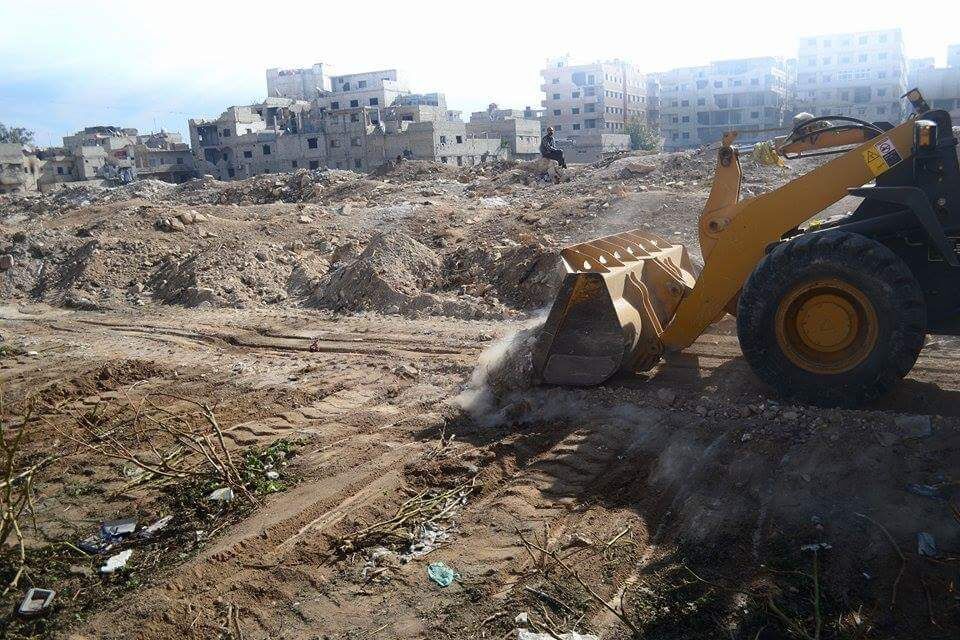 Preparing the ground for planting.

The project started with a group of Zabadani women who needed seeds to grow food, yet nothing was allowed to enter or exit the city. At that time, Zabadani was still under siege by both Assad forces and Hezbollah. Siege warfare is brutal and turns a city into a prison. To give an example of how severe the blockade was, Abdallah says, not even the UN was able to retrieve dying patients from the city in order to give them proper care. And there is no shortage of patients in Syria, just this week the Assad regime attacked the rebel held side of Aleppo which destroyed a vital hospital and resulted in at least 50 deaths. 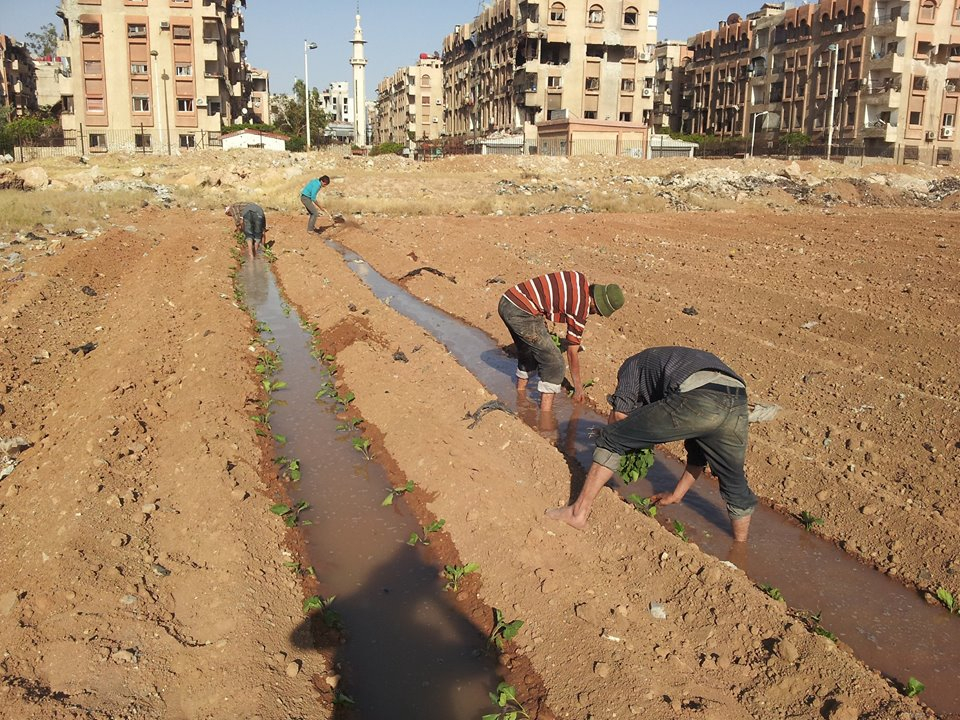 Irrigation systems in place and planting begins in Yarmouk.

In response to the Zabadani Women's call for support, a network of German farmers collected heritage seeds and money in a show of solidarity with Syrian farmers, and sent the seeds to Lebanon (which is just across the border from Zabadani). From Lebanon the supplies made their way to Zabadani through an underground network of activists who risked their lives to get the seeds through the blockade. 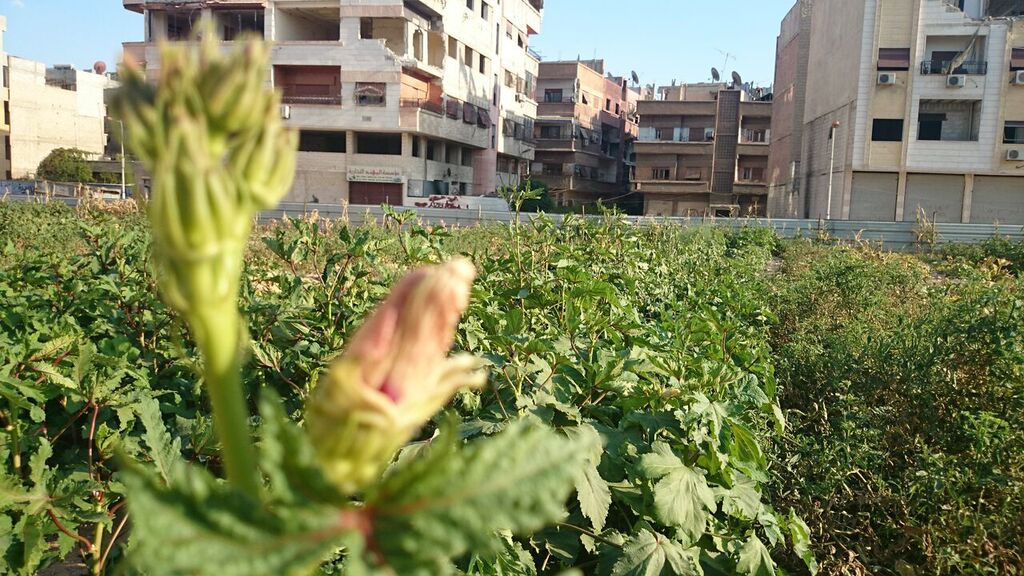 A garden in full bloom amid the rubble.

When this small initiative in Zabadani succeeded, activists copied the model in other cities, naming it after the day the revolution against Assad began: the 15th of March, 2011. The two main focuses of the project were to get food to people in besieged cities, and to raise awareness about the importance of food sovereignty and organics.

There are three ways in which the 15th Garden project achieves these goals. One is to create joint projects with locals interested in starting a garden. The second is to provide support to local initiatives that are interested in using the skills that the 15th Garden has acquired. Lastly, is to provide advice to existing farms on implementation based on observations from the vast 15th Garden network. The need for traditional seeds in Syria is so desperate that it recently prompted the first withdrawal from the "Doomsday Vault" in Norway. 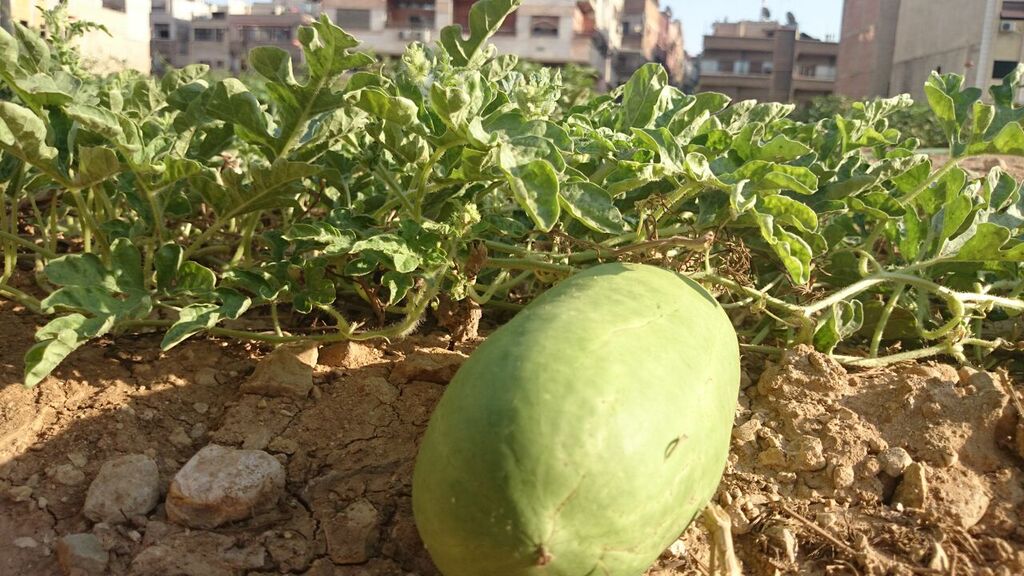 Time to harvest the produce.

Liberated cities in Syria are struggling to build their local governments from scratch, coming out of a 50 year ban on activism or even civic engagement. The little municipal infrastructure that exists is gaining legitimacy through democratic elections of leaders and governmental bodies which never existed before. When the regime collapsed, so did local government since the two were so closely linked. People are trying to rebuild the country with the principles of the revolution, Abdallah says that freethinking is one of the most important values from the revolution. 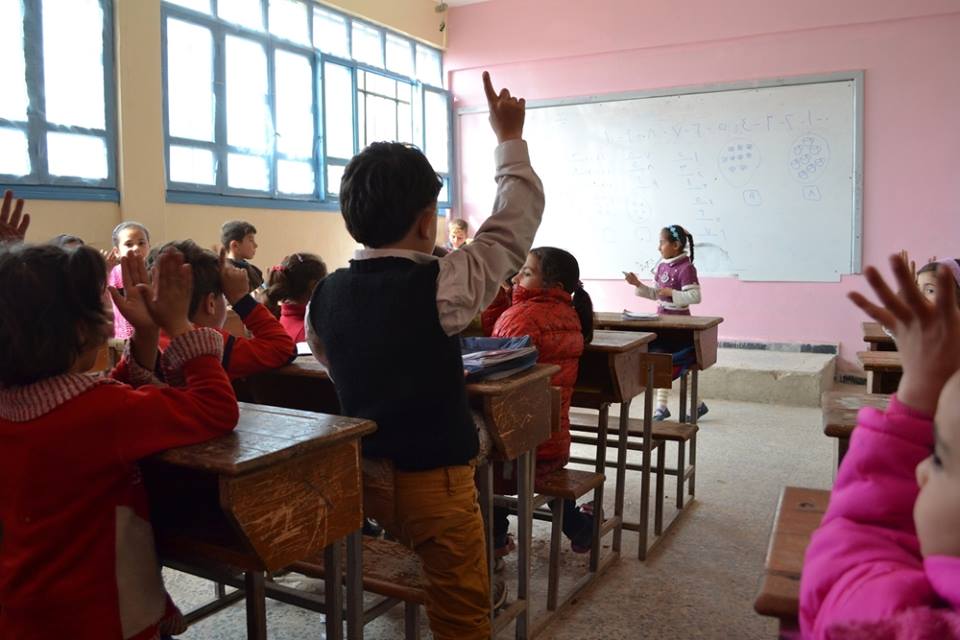 The Free School of Saraqeb in session.

In the meantime, before reconstruction can fully get underway, there are many initiatives trying to maintain some level of progress for those who remain in liberated cities in Syria. The Free School of Saraqeb is keeping kids in school despite the frequent attacks on their city, one of strategic importance to the Assad regime. Another group which was also presenting at the Dome Event, the nonprofit Syria Bright Future, is attempting to keep kids mentally healthy with art therapy while they wait out the war in refugee camps in Jordan, uncertain of their futures.

Despite the inherent nonviolence of gardening, the Assad regime still bombed a few of the gardens Abdallah was telling me about. The vast majority of bombing in Syria is from the regime. Rebels only fire shells, and they attack the regime structures, they don't have aircraft at their disposal. The 15th garden is strictly  against violence.

Due to his activism, Abdallah was forced to flee from Syria even though his city was never under siege. Civil activists in Syria were all put on “wanted lists” and were systematically arrested, tortured, or killed. From Sweden, Abdallah’s main task now is working on the 15th Garden website so farmers can create the gardening structures without need for direct consultation. He has also helped launch the Syrian Eyes nonprofit which aims to help displaced people with relief and improve the living conditions of people in camps through sustainable community projects. And what about the city of Zabadani, where the whole garden project started? It didn't resist the siege and is currently being evacuated, the inhabitants moving to rebel held cities instead.