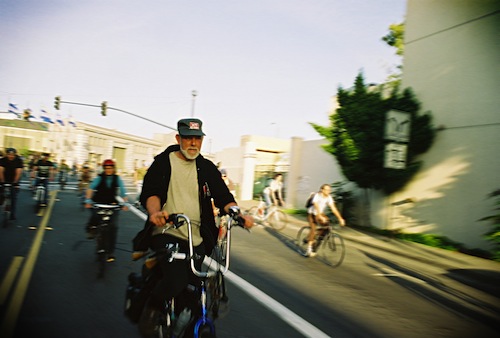 Transition Towns is a movement founded in England, now spreading around the globe. It seeks to kickstart a democratic reinvention of society from below, based on a series of practical projects in any town or neighborhood, organized to facilitate “energy descent.”

In other words, by democratically facing peak oil, climate catastrophe, and other epoch-shifting developments, by relocalizing our economic lives and reducing our aggregate consumption of energy, water, raw materials, etc.—without sacrificing quality living—we have a better chance of weathering the crises to come.

Cities are such complex life forms that plotting their redesign is daunting, to say the least. 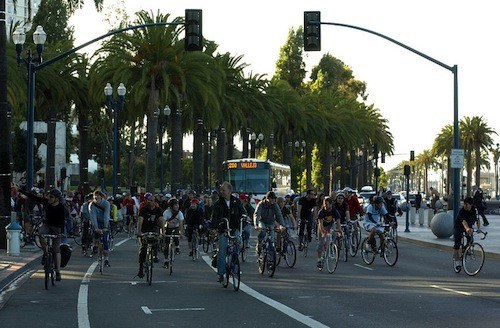 Transition Cities, or perhaps it might be better said “transitioning cities,” exist to the extent that residents are actually taking practical action on the path to a different way of life. Eventually, as these efforts become more widespread, and perhaps more profound, existing institutions and the psychologies that they shape become impediments that must be overcome.

One of the easiest acts for a lot of folks to embrace is to add a bicycle to your daily transportation options.

Like many important acts, choosing to bicycle is more difficult the more one makes it an imperative. That’s a bad way to start out.

Behavior changes over time, as new habits begin to supplant old ones. How we get around is for most of us one of our most ingrained “choices.” Switching horses in midstream, or choosing to bicycle instead of taking the car, can be difficult under the time pressures and social expectations we’re already doing our best to cope with. Instead of seeing the bicycle as an either/or choice, try to start using it for the nearby errands, or the places you go where parking is a hassle, or just one day a week, just to try it out. 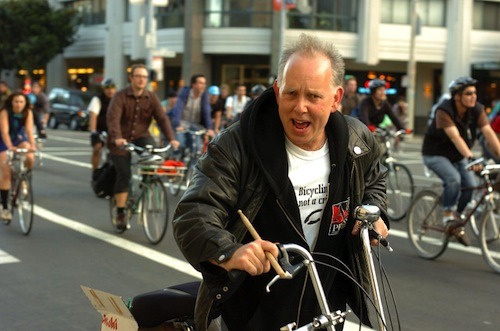 Once you start rolling, surprises await! All of your senses will be stimulated in new ways. You’ll smell the city differently, it will sound like a new place, and your sense of being “in the streets” will be greatly heightened. Fresh air in your face (sometimes not so fresh air, too, to be honest), birds soaring above, or perhaps wild clouds with haunting winds coursing through you in the streets, the sudden chat with a motorist at a stop, or finding your friend on the sidewalk and being able to pull right over and converse.

Those are just a few of the many ways even a small effort to bicycle instead of drive begins to transform your own life, reinforcing your pleasure in altering your own assumptions and behaviors. 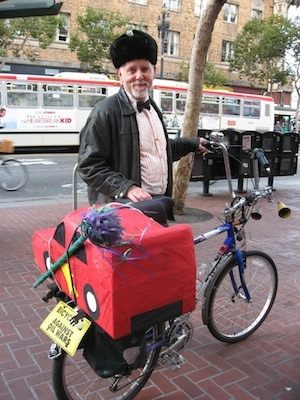 As you make friends on two wheels, a community grows naturally from the shared experience in public space. The shortcomings of that public space are glaring, and soon you have allies in the effort to rethink streets as public spaces, and ultimately to act together towards a new vision of city life. Self-propelled, open-air bicycling starts a process that just might lead to much larger transitions, not only in your personal life, but crucially among your friends, neighbors, and perhaps eventually the city and bioregion. On bicycles we rediscover a convivial and socially connected form of transit. We move as individuals, but suddenly together again.