The Worst Kind of Fool - Shareable
Skip to content 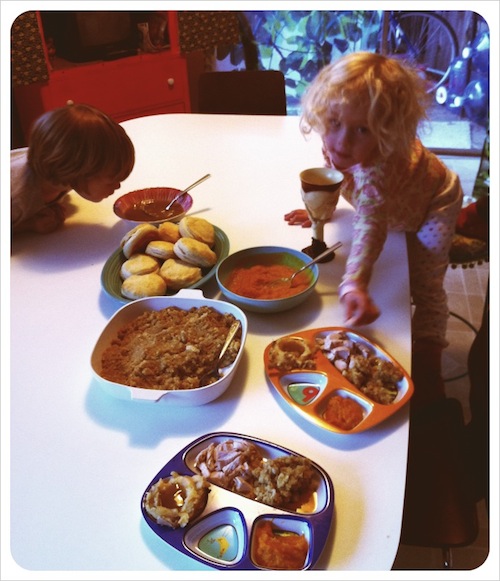 Earlier this week I wrote a self-pitying blog post for shareable.net. I’m happy to say that it didn’t get published before I had a chance to review it and revise it. Below are excerpts, which I’m embarrassed to share, but shame is sometimes an important emotion to feel, I think. It’s corrective, like guilt. The key is not to let the guilt and shame overwhelm your ability to improve yourself and your behavior. Let’s call this an exorcism:

I keep forgetting we didn’t do this last winter. We lost our car in March, and even though the dual-season monsoon climate of California still held us in its wet weather grips at that point, were nearing the end of that onslaught. Every week was a little drier, a little sunnier, a little more forgiving than the week before. Now there’s the relentless moving toward darker, colder, wetter days, and even at two p.m. the shadows are long . . .

It’s hard to engage in my sanity-savers, so my sanity is not being saved. My alone time used to be in the jealously-guarded evening hours, when I would put on my earplugs and listen to music on my long bike ride to the gym, through the rough neighborhood near the rail yard, where families sit on couches on the front porch, and there is shouting and tricycles and the smell of dinner cooking. Afterwards I might find any excuse to wander through some store or other, maybe on a banana-obtaining excursion to Trader Joe’s . . .

What do I do, now? It’s dark, and it’s cold. It’s often raining, that wind-driven sideways kind of rain. I’m supposed to be bearing up, but I’m not bearing up. There’s not enough French toast in the world for this kind of bone chill and boredom. I can’t remember what I might have done back when we had disposable income and a vehicle or two. Did I find a reason to go to Target? Or Bed, Bath, and Beyond? Were there maybe more purchasing expeditions, outings that were diverting enough to alleviate the tendency to flop around the house in frustration, sighing, while the kids bicker and the dirty dishes accumulate in the sink? Is that why they invented Christmas—to give us all something to DO?

Pity me! Pity me!—right? Woe is me, I can’t go to the gym or idly shop at big box stores. I will say that the mood had a legitimate genesis though, and I can trace it back to a couple of events that happened over the past week.

One evening, my oldest, Rainer, had a choir performance and it was cold and raining hard. In order to be there to see her and support her, we had to bundle three little children (our two younger kids, plus a sweet little guy whose parents were paying us to babysit,) hitch up the bikes to the trailers, attempt to create waterproof cocoons for them, and bicycle hard against the clock, mostly uphill about 2.5 miles (not far by our usual standards) in freezing rain and wind. By the time we arrived, my skirt was clinging to my legs, soaked, my cold ears throbbing painfully in time with my heartbeat. The babies were warm and calm, so I left my husband to deal with finding shelter for the bikes and offloading everyone while I ran full bore to where the choir was supposed to perform in a minute or so. After shouldering through the crowd, all carrying umbrellas and posing for pictures in front of a giant outdoor Christmas tree, I finally found the choir director. They had already performed. They were trying to beat the worst of the weather, so they had started earlier than planned.

I kept calling and texting my ex to try and track Rainer down. Finally, I was told they were having dinner with a group of friends in a restaurant nearby. At that point, bitter disappointment and grief led to tears that I couldn’t seem to stop. I was soaked, freezing cold, and so ashamed that I didn’t have the resources or ability to get to where I was supposed to be, for my daughter. I couldn’t go into the restaurant like that. Instead, I stood outside the restaurant window while my ex sent Rainer out so I could hug her, at least. And apologize. The thing that hurt the most was her confusion and concern; I don’t think she understood my visceral sadness. I had to leave her behind to return to that warm, golden room, and go back and pick up the pieces so we could make our way home in the storm.

At this point, my self pity was getting a nice, running start. 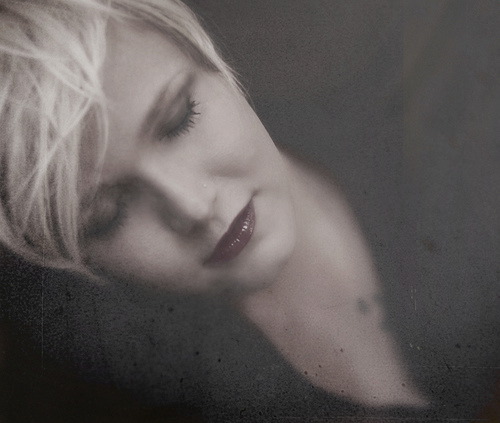 Credit: In Her Image Photography

A few days later, I went to a grocery store to buy our Thanksgiving dinner ingredients. Things were going to be slim this year for sure, but we would be together in our house, relatively healthy, safe, intact and grateful for it. I spent a lot of time in the crowded market, making small talk with other shoppers, joking about my skills in the kitchen, getting advice from store employees, and planning our first home-cooked Thanksgiving meal. I went to the checkout with a cart full of groceries. When it came time to pay, my card didn’t work. That’s when I lost it.

We weren’t going to be able to pay. I didn’t know how, but I had miscalculated everything. There’d be no taking home these groceries, and it looked like we weren’t going to have any sort of traditional Thanksgiving dinner. Now let me be clear: we always have enough, and with the dried beans and grains, canned soups, tomato sauce and pasta, and assorted nuts and seeds in the larder, our family will not go hungry in the near future. It was just that this was going to be the first year that we couldn’t provide the traditional trappings, and that was the just last brick on a pile that was sitting on my chest. I cried right there at the checkout. Hard. I think I might have begged a little, telling them to please try the card again, and again. I remember making quite a spectacle of myself, and things progressed from there, involving getting escorted out by a man in a uniform, but I’ll just leave it at that. Hours later, I had been driven home by a friend, and my head was aching from the crying. No one in the family was able to sleep until the wee hours of the morning. It had been a hard night with lessons learned about expectations, and humility, and gratitude.

I am writing these words on Thanksgiving. Unexpectedly, a friend picked me up this morning, and drove me to the one grocery store that was open today. We had some money left on a food stamp card after all. Now I can smell turkey cooking, and along with the other most fortunate Americans we’ll be having the canned cranberry gel, the mashed potatoes and stuffing, some corn and peas, some pumpkin pie. About the only complaint today is that I forgot the whipped cream.

Fall and winter are always a time of reckoning, not just for me but for lots of people, I think. Short days mean long hours spent at home with your thoughts. The sun encourages extroversion; the lack of it turns your thoughts inward. Holidays bring joy to many, but for lots of us they are emotionally complicated, full of memories and some sadness. It’s a time of extraordinary parental pressures to provide abundance and tradition to the children. 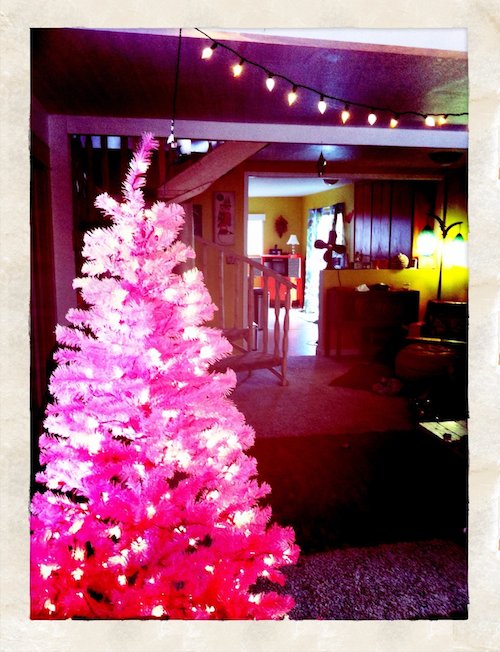 This holiday season had a rocky start for me. This is the first time we’re doing it without a car, and without any money to provide the kind of comforts that the long, dark cold time takes away. But we have a pink Christmas tree, and if you have that, you can’t be hurting too much. A single strand of multicolored lights turns our porch into a warm welcome home in the darkness, and you don’t even need to squint to make it look beautiful. I was the worst kind of fool for not realizing we have absolutely everything we need.