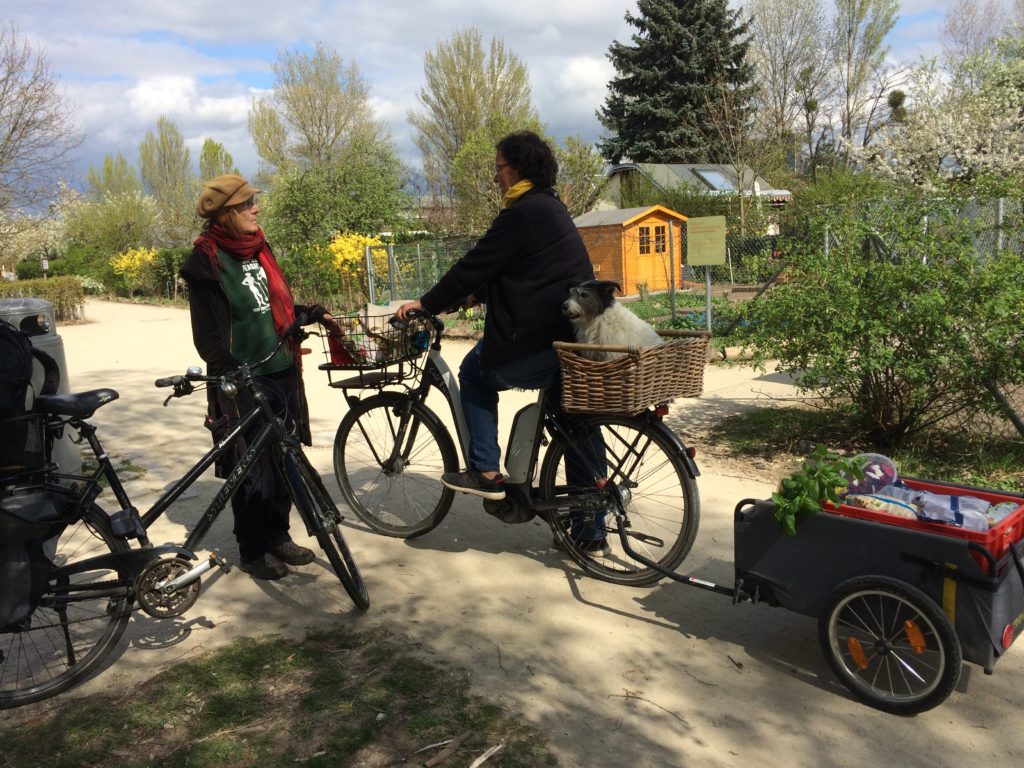 An American friend living in Germany told me a story about when she first arrived. She and her German boyfriend were out walking when she heard a noise that got louder as they approached the town's main square. Puzzled, she asked her partner about the unfamiliar sound.

"That's the sound of people talking to each other," he told her.

People outside, not drowned out by the noise of cars or amplified music. Imagine!

On my recent trip to Europe, where I was speaking about my new book, "The Revolution Where You Live," I, too, found people everywhere outside, enjoying common spaces.

Jane Jacobs, the author and activist who revolutionized urban planning, wrote often about the outdoor spaces where people encounter each other. Even in large, gritty cities such as New York and Berlin, these urban commons connect us to each other and to the land, water, plants, and animal life of our home. We experience what it means to belong to something larger, to be welcome simply because we are alive.

But common spaces have to be protected, especially as powerful private interests seek to increase private wealth.

In BerIin, I visited Elisabeth Meyer-Renschhausen, author of several books on urban gardening who fought for decades for garden space. We walked together to her favorite outdoor market, where we admired the massive displays of tulips and sampled chocolates made by a family-run business. She spoke to friends, asked farmers about their early spring greens, and recommended a coffee truck run by a Turkish family whose business gave these immigrants a foothold in the larger community. Going to market was as much about enjoying the company and savoring the tastes, smells, stories, and sights as it was about shopping for dinner.

We also visited a large park near to Berlin's Potsdamer Platz, a part of the center city once bisected by the Berlin Wall. The park land had been owned by the East German railway, but after the wall came down, city planners pressed for a freeway through this rare green space. The railroad company wanted to sell the land to developers.

A local citizens' movement pushed back, though, on behalf of those who had small garden allotments on the land, neighbors, and others who wanted green space in what was becoming a dense and crowded city. Meyer-Renschhausen was among the group that succeeded, after 15 years, in getting the land made into Gleisdreieck, a permanent park named after the old train junction.

She took me to see the gardens where she and dozens of others grow food and flowers in tiny fenced-in lots, many with sheds or tiny cottages.

"People are poor, and they need open spaces, places to garden for health reasons and because it's boring to be inside in small flats all the time," she said. "We have a huge rate of unemployment in the cities, and gardens offer one possibility for people to see that you can help yourself." 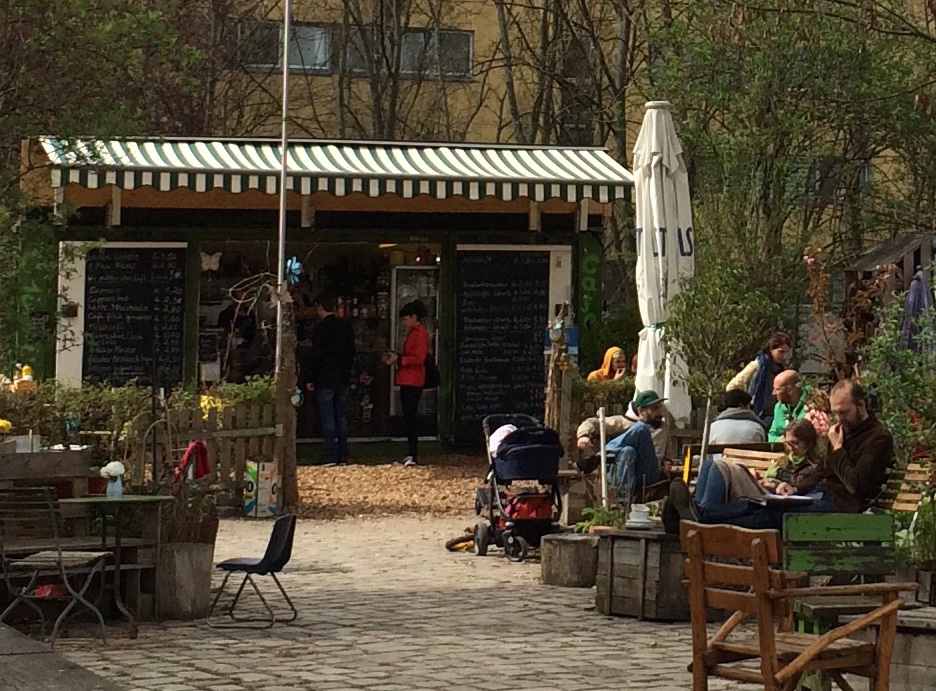 Walkers and cyclers explore the gardens via narrow pathways. Nearby, a shipping container, converted into a coffee stand, offers espresso drinks, fresh carrot/apple/ginger juice, and pastries. Couples and families gather around tables made from brightly painted pallets and other found objects. Truck tires, trees, and tiny furniture keep the children busy while their parents sip coffee and read the paper.

Farther on, people gather at a skateboard park, picnic on open lawns, and care for the beehives at a community garden space used by Bosnian refugees.

Such scenes are harder to find in the United States, where isolation has reached that point that it is literally killing us via addiction, mental illness, and suicide. According to the recent World Happiness Report, Americans' well-being declined substantially over the past 10 years, in large part become of the erosion of the social fabric. Inequality reduces our sense of social solidarity. The fetish for privatization devalues open spaces along with other commons, like public education, a stable climate, and clean air and water. Powerful corporations profit by "enclosing," or taking for themselves, a commons that actually belongs to all of us (or, as in the case of water and the atmosphere, by using it as a dump). It takes tenacious people's movements to push back — like the ones Meyer-Renschhausen helped lead.

It's worth it, though, for many reasons. Common spaces offer chances for the everyday encounters that help to weave the social fabric. And when that fabric is strong and resilient, there is little we can't do.

Article and images re-posted from YES! Magazine. Sarah van Gelder wrote this article for YES! Magazine. Gelder is a co-founder and columnist at YES! Her new book, "The Revolution Where You Live: Stories from a 12,000-Mile Journey Through a New America," is available now from YES! Read more about her road trip and book here and follow her on Twitter @sarahvangelder.