The Shareable Future of Science Publishing - Shareable
Skip to content

There is a deep irony in the public funding of science. Billions are spent by governments to fund research in science and medicine. This research is done by scientists, many of whom are employed by government, through research institutes and universities. The results of this research are published in journals. However, even though the research is paid for the public, the public cannot freely access it.

Indeed, it strikes me as profoundly weird when I read a news article about some great new research finding but I can't simply click on a link and see the raw article.

Morever, the scientists themselves can't freely access it. Even though the scientists did the research, they must pay the owners of these journals to publish the articles. Before that happens, the editors of the journals ask other scientists to peer-review the article, which is also done for free. When the article is accepted, to see the finished article, even if it's just a PDF, the author of the article has to pay for a subscription to the journal. It's essentially a billion dollar gravy train for the handful of scientific publishing conglomerates out there, Reed-Elsevier, Springer, Wiley and Macmillian.

There is something broken about this system. 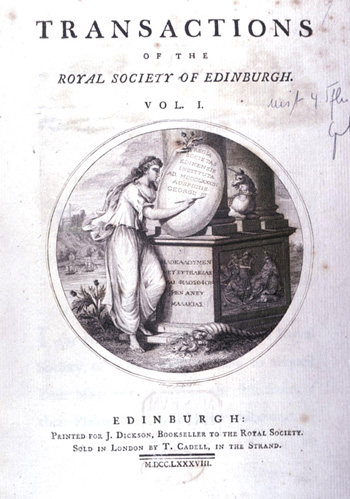 How did we get here? The scientific publishing model as we know it, has not changed fundamentally from the very first issue of the Transcactions of the Royal Society in 1665. Minor innovations have been introduced over the years, such as the running of advertisements and the adoption of peer reviewing in the 1960's. The difference is that, back in the day, the only way to disseminate scientific information was to pay a publisher to produce a beautiful printed journal.

This was a more than fair deal as the manifold skills in producing and distributing a printed journal required an incredible conglomeration of skills, from mastering print type, graphic design, as well as the obvious skills of editing. Simply distributing the journal was a logistical problem all on its own.

It seems almost trite to say it, but the internet has drastically lowered the bar for publishing. It is now incredibly easy to distribute scientific articles.

Indeed, the fingerprints of scientists are found in the technology for much of the technology that allows this. The backbone of the internet was built off ARPNET, the original network designed at a government research lab in the 60's, which allowed computers to talk to each other around the world. Modern desktop publishing can be traced to Tex, the layout computer programming language designed by legendary computer scientist Donald Knuth in the late 70's. The HTML protocol was created by Tim Berners Lee, designed originally to dessiminate documents at the high-energy particle physics center CERN in Europe, and which now forms the document design that is used to describe websites.

It's not that scientific journals have not innovated; they have. Today, all major scientific journals have their own (albeit often ugly) website, release all their articles in PDF format, and have digitized their archives. They allow supplementary data such as movies and data files. Indeed, as far as working scientists are concerned, PDF has already supplanted paper.

I was made aware of this when I first saw a whole bunch of science journals being tossed into the paper recycling paper at work. But all this information is protected behind a pay subscription wall, even if it is just to download the PDF. This wall, as it stands today, is totally artificial. The reason being that the value that journals used to provide — distributing real paper journals — has disappeared.

Scientific publishing has not always been dominated by giant corporations, but mergers and aquisitions in the 1980's have led to the creation of several mammoth corporations. After these mergers happened, the price of journals has steadily crept up at a rate 3 or 4 times faster inflation. It is clear that scientific publishing is now a profit generating machine that relies on the scientists' need to pay for access to journals, but which ultimately comes from taxpayers' pockets. To give you an example, Elsevier recorded a 1.5 billion dollar profit in 2006. Given that these are publically traded companies, it is unlikely that they will do anything to threaten this lucrative stream of income.

In order for science to be liberated from the maws of the publishing behemoths, change will have to come from without. And it is happening albeith as a slow generational transition as the rising generation of younger scientists are slowly putting together the pieces of a battering ram that will break down the pay walls of scientific publishing. 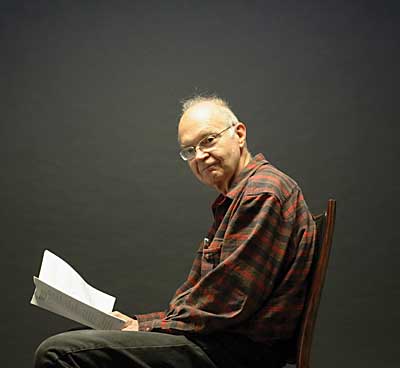 The first crucial piece was the actual recognition that the scientific publishing industry was gouging scientists. One of the most famous case was the mass resignation in 2003 of the editors of Elsevier's Journal of Algorithms to create the ACM Transactions of Algorithms. This was notable because it was led by one of the founders of the journal, the great computer scientist, Donald Knuth (pictured left, from the Stanford Alumni magazine).

What the editors recognized was that with the evolution of the internet and the development of printing and dissemination technologies, the journal publisher was now an unnecessary middle-man. Given that these were computer scientists, they had the know-how to lay-up and distribute their own articles. Unfortunately, that kind of computing savvy is less common in other disciplines, and such mass resignations did not occur across many other disciplines.

The second piece was the rise of open access publishing. Go to an open-access journal, and anyone, even you, dear reader, can gaze upon the fruits of science, in its raw unadulterated technical form. An open-access journal gives away the article for free.

Typically in open-access journals, authors pay an up-front cost for the initial processing of the article, with the copyright flowing back to the author. You might think that this might now put a financial burden on the author, but things have got so bad in recent decades that the up-front cost to publish an open-access journals is equivalent to the charges in standard science journals, which is typically on top of subscription charges for the final product.

Nevertheless, the open-access revolution has happened slowly as these pioneers had to fumble around looking for a workable payment system. And for many years, open-access has been considered fringe, and did not appear to be able to threaten the big science journals such as Nature, Science and the Proceedings of the National Academy of Science.

The reason that most scientists have not yet defected from the old system of publishing is the fear instilled by something known as the Impact Factor.

The Impact Factor is a kind of magic incantation cast on the reputation of every working scientist. Essentially, the Impact Factor is a measure of how many people read and cite a given science journal. Based on a proprietary formula calculated by the private company Thomson Scientific, Impact Factors have become the defacto method to judge the importance of a scientists' work, which is often used to appoint professors, deny grants, give out fellowships. Articles published in journals with high Impact Factors are accorded a certain prestige that turn into professional advancement where the widespread use of Impact Factors guard the sanctity of established journals.

In order to dismantle the walls of the scientific publishing industry, the spell of the Impact Factor will have be broken.

And the thing that will be do the breaking may very well be a young open-access journal, barely 2 years old, called PLoS ONE. Launched in 2006, by the Public Library of Science, PLoS has introduced a radically different model of scientific publishing. The publishing of PLoS ONE is that peer-review of an article is based on originality, soundness of method, and good prose. What is interesting is what is missing.

Unlike every other science journal, PLoS ONE does not judge an article on perceived impact, or fit with the journal. As long as it satisfies the requirements, PLoS ONE will publish it. PLoS ONE just does not care about the Impact Factor. Instead, PLoS ONE is the only journal in existence that publish detailed citation statistics for every single article. At this level of detail, Impact Factors looks like a crude accounting bludgeon that misses the true worth of scientific papers.

But is it working? The numbers prove it. In just two years, PLoS ONE has become the third largest publisher of scientific journals. They are close to breaking even as a financial model, and their revenue stream is actually subsidising other journals in the PLoS ONE family.

But more importantly, it has captured the attention of the younger scientists. Flashy articles are starting to appear in PLoS ONE, articles that have saturated the media, like articles published by Nature and Science. The promise of a smoother ride for articles with bold new findings, their fast turn-around speed has attracted some very high impact articles indeed. These flashy young scientists just don't give a shit about their precious Impact Factors.

Indeed, the PLoS ONE model has proven so influential that the Macmillian group, which publishes Nature, has just recently annouced a journal along the lines of PLoS ONE — Nature Communications — fast review, no judgements on perceived impact and open access. Such a derivative move shows that the Macmillan group is running scared, as so they should be if the shine of the Impact Factor should ever evaporate.

I am Bosco. I study proteins as a postdoc in San Francisco. I write about performances, programming, books, science, writing, pictures and other miscellanea.

I am Bosco. I study proteins as a postdoc in San Francisco. I write about performances, programming, books, science, writing, pictures and other miscellanea.