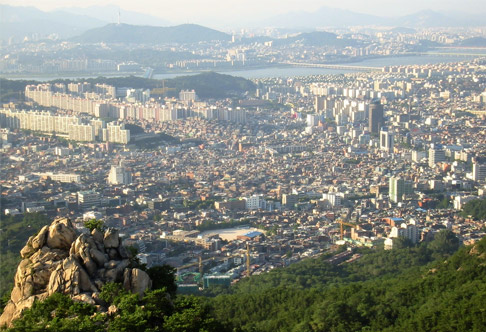 Did you know that Seoul, South Korea, is one of the world’s key sites for post-growth economic re-development? No? Neither did I, until I saw for myself.

I was pleased to be invited to give the keynote address at a conference titled “Reshaping the Way We Live,” put on by the Seoul Youth Hub, held November 7-8. I had no idea what to expect, and was rather surprised when the event turned out to be one of the most enjoyable and eye-opening in recent memory.

First, some background on South Korea. The nation has an export-based industrial economy that has expanded rapidly in recent decades; however, its rate of growth has begun to slow and the youth unemployment rate is now north of 22 percent. Korean politics have also taken a worrisome turn: Many citizens dispute the legitimacy of the most recent presidential election, which brought to power Park Geun-hye, the daughter of former dictator Park Chung-hee.

Meanwhile, Korea’s energy situation could hardly be bleaker; the nation imports essentially all its oil, natural gas, and coal. (Korea was once self-sufficient in coal, but production has declined dramatically.) It gets some electricity from hydropower, but there is little room for expansion. The country’s 23 nuclear power plants are subject to increasing controversy since the 2011 Fukushima catastrophe in nearby Japan, as many Koreans fear they are now eating radioactive fish.

The Seoul Youth Hub evidently sees crisis as opportunity. Why else would they ask the author of The End of Growth to address a conference of 18-to-40 year-olds? I came to their attention through a protracted Internet search, but it helped that three of my books have been translated into Korean. Evidently, the organizers weren’t shy about conveying a sobering message. 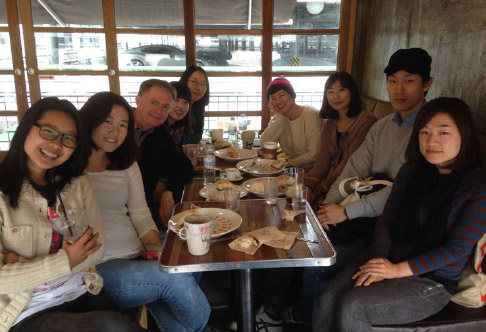 Though I hadn’t visited their country previously, I knew that Koreans have a reputation for being friendly and generous. If my experience is any gauge, the reputation is well deserved. The organizers put me up at a traditional Hanok Korean guesthouse (no chairs or television, just mats on the floor of a beautifully constructed, floor-heated, meticulously scrubbed little pavilion). Nearly all food provided during my stay was also traditional, and included a Buddhist temple meal with multiple courses of artistically crafted vegetarian morsels. Suffice it to say that I felt well taken care of and had a splendid time.

Now to the conference itself. Except for the opening keynote and a final wrap-up, the sessions were workshops led by eight collaborative groups (including ones from Hong Kong and Japan), each of which is a youth-led organization engaged in social innovation. You can find a list of participating groups at the conference website. The subjects explored ranged from cheese-making to innovations in democratic decision-making; in effect, it amounted to a multi-track laboratory for young people to explore adaptive responses to economic contraction.

Surprisingly, the event was free to the participants. The City of Seoul footed the bill, thanks to Mayor Park Won-soon (more about him in a moment).

The Seoul Youth Hub is a project of the Seoul Metropolitan Government, and its mandate is to help young people “design a future society” by providing a place where they can share and resolve their problems, experiment with a sharing economy, and “discuss specific policies regarding various agendas such as work-labor, housing, life safety net, business creation, youth politics,” and more. The Hub is also intended as a model and a networking center for similar projects throughout Asia. I highly recommend watching this short video.

The venue for the conference was the Youth Hub’s headquarters, which features movable walls, furniture made of recycled building materials, open and shared office spaces, informal dormitory nooks, a café, and learning co-laboratories. Altogether, there was far more going on here than I could take in during the two days of the conference, much less describe in a couple of paragraphs.

On the evening of the first day of the conference I met Mayor Park at his offices in City Hall, a twisty new steel-and-glass structure whose ground floor is devoted to citizen-led social innovation projects.

Copies of The End of Growth were on the mayor’s meeting room table. Using an interpreter, we got right to it: He had clearly read the book and asked intelligent questions about it. What would I recommend that he and the City of Seoul do to prepare for the end of economic growth? It was a stunning question, given the circumstances, and he appeared eager to consider whatever suggestions I might offer. I started rattling off a laundry list of ideas — supporting farmers’ markets, community gardens, and other staples of a local food system; discouraging cars while encouraging bicycling and public transport; raising energy building standards to the Passive House level; staging more cultural events to increase the happiness quotient among citizens. When I finished, he recited examples of how he and the city have already begun doing nearly every one of these things. He was saying, in effect, “Check, check, check. Come on, what else have you got? Please tell me, and I’ll see if we can do it!” I suggested he find a way for the city to help bring Transition to Seoul. (There are currently two official Transition Initiatives in Japan, none in Korea.) He promised to do just that.

Whoa, I thought. Who is this guy? I looked up his Wikipedia listing later that night. Before becoming mayor in 2011, Park Won-soon had a 30-year career as a human rights and social justice activist and spent four months in prison for some of these activities. In recent years, he developed a chain of nonprofit “Beautiful Stores,” which collect donations of used items, repair them if needed, and sell them to raise money for the social enterprise movement. There are now over a hundred of these stores throughout Korea. 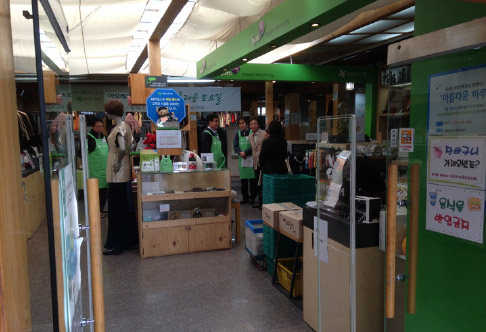 Inside a Beautiful Store.

Hard to believe this man is the elected leader of the largest city proper in the world, with a population of over 10 million.

The organizers of the Youth Hub conference think the world of Mayor Park, and I can understand why. I’ve seen a lot of hopeful post-growth initiatives in a lot of places — usually citizen-led and modest in scale; never have I seen such visionary, intelligent leadership at the municipal government level within so large a city.

This is a country with a hard future ahead. Challenges with energy, the economy, and the environment are lining up (not to mention ever-present tensions with North Korea). Yet if efforts led by Mayor Park and the Seoul Youth Hub manage to flourish, things may go much better than they otherwise would. Perhaps other cities can begin to find inspiration here.

For a helpful overview of the food sovereignty movement in South Korea, see this article from Foreign Policy in Focus. 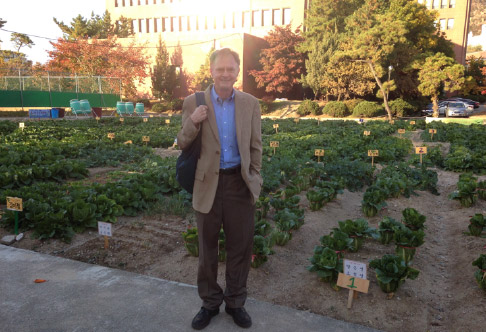 Post Carbon Institute provides individuals, communities, businesses, and governments with the resources needed to understand and respond to the interrelated economic, energy, environmental, and equity crises that define the 21st

Post Carbon Institute provides individuals, communities, businesses, and governments with the resources needed to understand and respond to the interrelated economic, energy, environmental, and equity crises that define the 21st century. We envision a world of resilient communities and re-localized economies that thrive within ecological bounds.