The Promise of the Commons: an Interview with David Bollier - Shareable
Skip to content 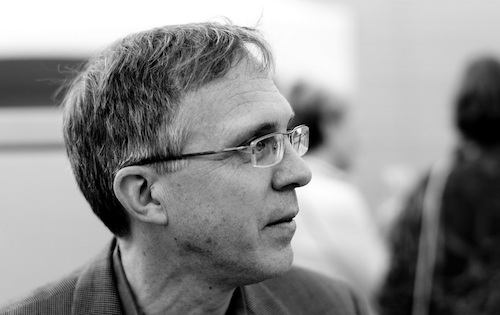 David Bollier is no stranger to politics. The author, activist and independent commons scholar worked for Ralph Nader in the late-’70s and early-’80s, he’s a policy strategist and he has participated in or founded numerous public interest projects. But, over the years, he found himself increasingly disillusioned with political activism.

“I’d sort of been a good activist liberal,” he says. “But by the late-‘90s I had come to realize that liberalism and traditional civic activism and political activism, even within conventional NGOs, was not going to do the trick.”

Bollier saw the commons movement as a way to reframe how we think about social and political change. He started reinterpreting the world through the lens of the commons and trying to connect the dots between the various commons movements including open source software, permaculture, city movements and more. The commonality he found among the various projects was that they were all either victims of market enclosure or else trying to pioneer new innovations for the collective provisioning of one's needs, outside the market and outside of government.

Through his commons work, Bollier met a handful of other “policy refugees” from Washington, D.C. including entrepreneur Peter Barnes who co-founded Working Assets and Senate aide Jonathan Rowe. They banded into a loose group which eventually became On The Commons, an organization that “promotes commons-based solutions for environmental restoration, social justice, and other global and community initiatives.”

A meeting between Bollier and commons organizer and activist Silke Helfrich, who was director of the Boll Foundation’s Mexico City office at the time, inspired an agreement to continue the conversation about the commons and work to connect the different groups.

“The point is to start to weave together the different factions…into a larger collective and see the commons as a unifying, meta language,” says Bollier. “Not as if it has to be some new ideological truth, but more of a staging area or scaffolding for getting the people who have certain non-market civic, cultural, social goals together and to show their commonality. Not just as a crude assertion or methoding strategy," he adds, "but as a deep philosophical, intellectual proposition.”

One way of doing that, Helfrich and Bollier decided, was to produce an anthology that showed the diversity of commons projects. Although there was a tradition of academic scholarship of the commons, much of the writing is very dense and not written in ways that politicians, journalists, activists or the public can use. Helfrich and Bollier wanted to make visible that there is a global set of practices, focused on the commons, that is quite robust and distinct from the academic scholarship. 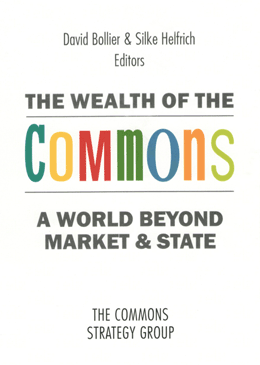 The Wealth of the Commons features contributors from 25 countries.

The result of their efforts is the book The Wealth of the Commons: A World Beyond Market & State. A collection of 73 essays profiling an array of commons including public spaces, food systems, forests, online communities and more, The Wealth of the Commons spotlights the commons as a diverse, multi-faceted, bottom-up movement. The essays delve into the complexities of commons issues, detail the ways that enclosure threatens the commons, and illustrate the ways that diverse communities benefit from the commons.

With contributors from 25 countries, the book details the commons as the international movement that it is. Bollier points out that while the commons is off the radar screen in terms of American politics, internationally it’s “really quite robust.”

“In Europe, the global south, Brazil, India, it’s a term that’s used in a matter of fact way,” he says. “The people understand it. Here, you say ‘the commons’ and people say, ‘Huh?’”

Bollier attributes the lack of awareness of the commons in the U.S. in part to our commercial media and political culture. “It just doesn’t have traction electorally,” he says, “so it’s hard to get momentum.”

Despite the lack of widespread public awareness, the commons, according to Bollier, has great long-term potential. He says that at a time of extreme market individualism, it’s a way of asserting some basic truths about humanity. He offers the following reasons why the commons is so promising.

Bollier also compares the commons to DNA in that it’s underspecified so it can adapt to local circumstances.

“For all these reasons, it’s not ideological in a way that a lot of isms are,” he says. “It doesn’t demand a lockstep adherence to a certain doctrine. It’s more a matter of principles that manifest in local ways.” 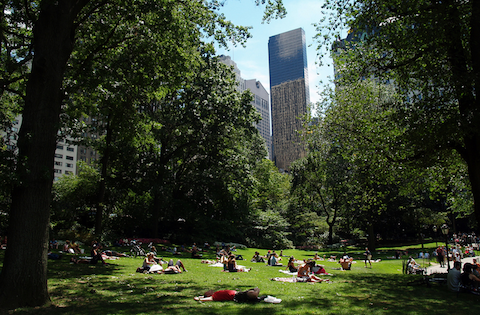 Public parks are just one of many commons. Others include open source software, community gardens, city movements, language and more.

One great challenge of the commons movement, according to Bollier, is that there’s no commons governance structure and nation states aren’t going to step in anytime soon. As he puts it, “They’re part of the problem.”

He points to the fact that government’s incompetence and incapacity for dealing with problems, as centralized, territorial institutions, is going to become more evident.

“Just as governments charter corporations, ostensibly to serve the common good,” he says, “the government ought to be chartering the commons and providing financial assistance and legal sanction and even privileges. Because at a local, self-organized level, the commons can perform lots of tasks that governments just aren't doing well because they’re too corrupted or bought off or too centralized and incapable of dealing with diverse, distributed complexity.” He adds, “At the core, it’s a governance problem. Even liberal, constitutional democracies are not capable of solving all these problems.”

In addition to asserting a different model of humanity that can counter homo economicus, the commons, says Bollier, works on a variety of levels from our sense of knowledge and our sense of self, on up to public policy, politics, our worldview and our ethics. As he puts it, “It speaks to people’s viscera as much as their heads.”

“Essentially,” he explains, “the commons provides for more fairness, it provides for more individual freedom of participation and it provides for a sense of sufficiency for everyone without getting into the consumerist, growth forever syndrome. Part of our challenge,” he adds, “is to get beyond the market capitalism and its insistence on relentless growth.”