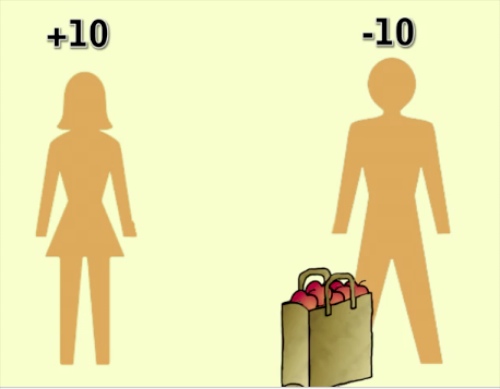 Mutual credit systems are nothing new, in fact some would say they represent the simplest and most democratic form of money.

Most forms of money these days are defined by governments and enforced by legal tender laws which oblige citizens to accept the money in payment of debts. The issuers of the money optimise interest rates and the quantity issued according to complex metrics and goals. This works well enough as long as the authority can be trusted both not to supplement its power either by spending more of this money than is appropriate, or withdrawing money from circulation.

Sovereigns, governments and now banking institutions have always fallen foul of this guideline eventually. Right now BOTH abuses are happening. Literally unlimited amounts of money are being issued in an international race to devalue the currency and increase exports. This practice is inflationary. However rather than entering the economy, through new bank loans, this new money is absorbed into bank debts. Meanwhile banks are still calling in old loans so the money in circulation is declining. This is deflationary. This 'stagflation' has been made possible by opaque accounting, systemic fraud, government collusion, willful ignorance, and the elevation of profit, quick profit, above all other values.

The simplest expression of mutual credit is an IOU network. A group of people can trade amongst each other without exchanging a dime, but just by keeping track of what is owed. It works as long as the participants return to zero (on average) before leaving the system. The hallmark of a mutual credit system is that the balances of all the users should add up to zero – which is to say that when all the debts are paid off, nobody owes anybody.

Mutual credit is not backed by any central authority, but by the willingness of its users to continue using it. Instead of the brute force of the law enforcing the use of national currency, voluntary membership builds trust between users. In fact proponents of mutual credit point out that money issued by an authority is just a poor substitute for people trusting each other. If the users trust each other, they don't need to back their money with any other commodity, trust of an institution, or threat of force. England in the middle ages ran such systems, and latterly, LETS and Timebanks have been doing this in small communities for over two decades. 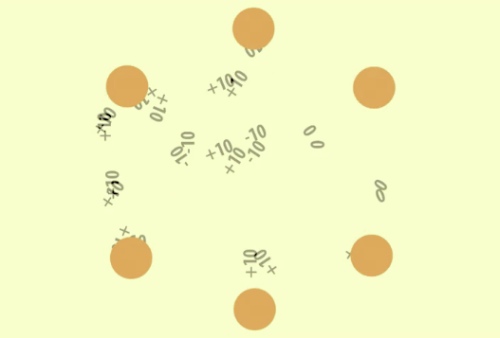 These last two decades have been a rich source of lessons about local economies running themselves, and the following obstacles to growth have made themselves apparent.

1. Many LETS failed to thrive because their was a tension between needing a sufficiently large inventory of goods and services to buy, and having so many users on the system that the accounting became a burden. As consumers have gotten more used to specialised and highly processes products from far afield, local economies have been meeting less and less of household needs. The plethora of different community interest groups, each with their own membership and emphases, has mostly prevented the rise of a trading block of sufficient diversity to be useful and function as an economy. Groups tended to level out at 100 members, with one dedicated 'accountant' struggling to enter all the transactions onto a spreadsheet and periodically mail out printed updates.

2. In order for these systems to work, members HAVE to be allowed to go into debt. Without the threat of legitimate force it has been too easy for members to freeload and then drop out. This is exacerbated in systems which charge periodic membership fees, and causes inflation. This is not always a problem, but the possibility of it rightly makes people wary. So if mutual credit systems are to scale there have to be safeguards to credit.

I believe that web technologies offer promising new answers to these questions. We now have online social networks of unlimited scale. People are normally members of several networks and it is common to port information between those networks. Membership, the marketplace – where buyers and sellers find each other, and the payment transactions are all managed together almost for free. We should be able to simply plug in monetary components to existing social networks – (disclaimer: the author has written software to do just that.)

Further, we are no longer limited to trading only within our own circles. Timebanks, a popular system in which hours are the measure of value, recently put all their groups onto the same software instance, and they became able to trade hours between schemes.

Ways have also been developed to account for transactions between mutual credit circles without the money leaving the circle. The Tauschring network in Germany has a sophisticated exchange rate mechanism which enables all the local trading circles to exchange value.

The second problem is more complex, but there are many solutions from the wider world. Its just that there was never sufficient incentive for communities of a hundred people to solve them. In many cases, debts are debts and thus enforcable in the courts and settlable by legal tender; small communities were rightly loath to use this option but there's nothing to stop more serious economies from doing so, as a last resort.

Proper identity checking reduces the ability members to disappear. We can take a leaf out of the banks' book and grant 2 months income-worth of credit almost without question to members. Credit can be bought with a harder currency. Credit can be extended by people who trust. Credit can be aggregated by central lending authorities (such as banks). But the real innovation in credit is with reputation technologies.

Reputation metrics is what allows members of eBay to pay strangers for products which are not yet in the post. We can look at their profiles and judge that 99% of their customers thought they were OK. This is very hard to gain, since each commender is a real person in the network.

Couchsurfing has a similar reputation system, with the added feature that members vouch for the identity of each other, by checking their passports. Through hospitality, new friendships are forged which help to build up trust accross the network.

But what makes mutual credit really attractive in the current climate is that it is easy to launch and easy to tweak. 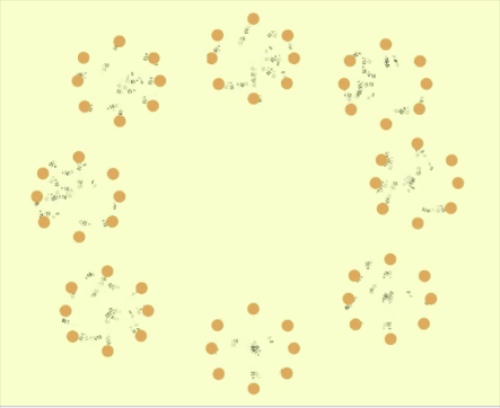 Many currency projects require investment to accrue something of value to back the currency. This commodity then has to be responsibly stored. Many projects these days back their money with national money, which then sits in a bank perpetuating the problem. Other commodities have much higher logistical overheads. Then notes often have to be printed or payment technologies bought and installed in participating businessesA digital mutual credit system can be set up free, online almost as easily as setting up a ning web site or opening a facebook account, and trading can begin as soon as traders have created accounts. No backing is required for mutual credit and the payments happen online. It will take a very small investment to allow many other ways to make payments.

As these economies grow, it is possible to gradually introduce backed credit in preference to mutual credit, and better define the intention and governance.

Many communities now implementing their own currencies regard mutual credit as too soft, and point to the many examples where it has failed to thrive. But I think this elegant system of trading-without-money is ripe for a renaissance.

For more information about setting up a free hosted mutual credit social network, see: https://www.ces.org.za and https://communityforge.net (Ed. note: Matthew is a co-founder of Community Forge).