The Argument for New Year's - Shareable
Skip to content 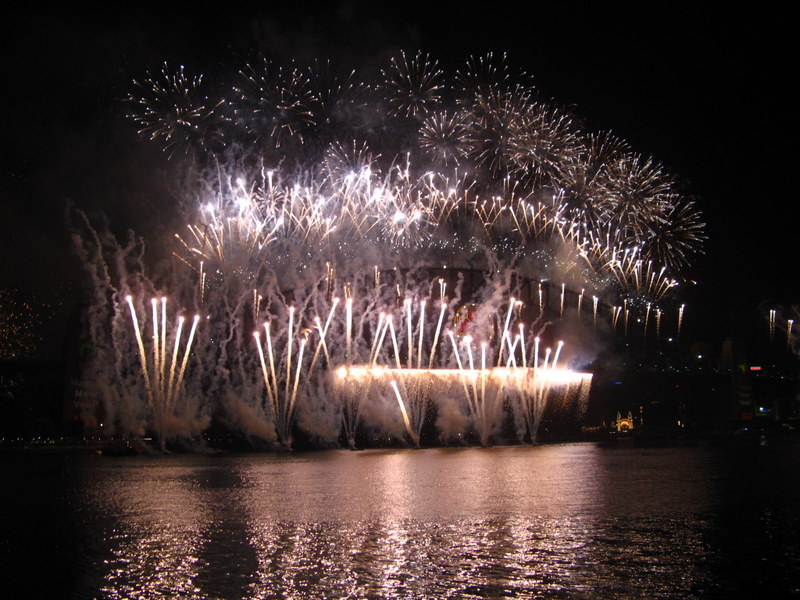 Now that we're a few days away, perhaps we can look back a little more, well, soberly on the holiday of New Year's Eve. Every time, no matter what kind of year it's been, some people complain the same. The bars are too expensive, they don't like staying out late, there's too much pressure, and the whole thing is always too hyped. But with a little distance from the moment itself, I want to make an argument for the much-maligned holiday in the hopes of winning over a few skeptics in time for champagne in 2013.

Think of any holiday as a set of rules or practices (hopefully there are more of the second than the first). The variations on predictable patterns are what makes them fun. Maybe you always have a cake or a party or presents on your birthday, but their exact character changes. Different people maintain different moving parts and rigid traditions to their celebrations, but what holidays do besides forcing candy companies to arange corn syrup in different patterns is suggest certain patterns. Think about Easter: a hidden basket every year in a new place. Or Passover's hidden matzah. A sort of tradition-of-surprise celebration narrative doesn't belong to any one particular cultural lineage, but it does seem to hit a certain American sweet-spot connected to our strucutral economic need to consume lots of plastic crap.

But this isn't a post complaining about American consumerism. Structuring holidays differently might have an impact on our worst social vices, but this is a comparative analysis. New Year's calls for comparatively little plastic crap. Or at least the plastic crap is unpretentious, acknowledging that it will whizz, bang, or unfurl for one night only before being cleaned up with the empty chip bags. It doesn't lurk in special boxes in the garage, taking up space 350 days a year.

In part because it doesn't have its origins in scriptural interpretation, New Year's has relatively simple standard practices:

With the exception of the countdown, these are all regular party behaviors, only slightly more formalized. It's a day we set aside every year to do what people do all the time anyway. It would be really strange to hide a bunch of presents under some indoor foliage any other time of the year than December, likewise with most other holidays. But New Year's serves as an introduction to the regular practice of celebration. Since it's formalized, kids can get away with staying up later than they'd get to otherwise, and teenagers can get away with sneaking a glass of wine or a midnight kiss without adults coming down on them too hard. After all, that's what you do on New Year's.

And maybe most importantly, with very few exceptions, everyone celebrates December 31st. Even if you follow another calendar as well, January 1 is still an important point to mark. It may have its haters, but no TV personality is about to declare that there's a secret war on New Year's Eve in which we all must choose sides. Instead we're all on one side, then all on the other, sucked backwards into the vacuum of a new year.