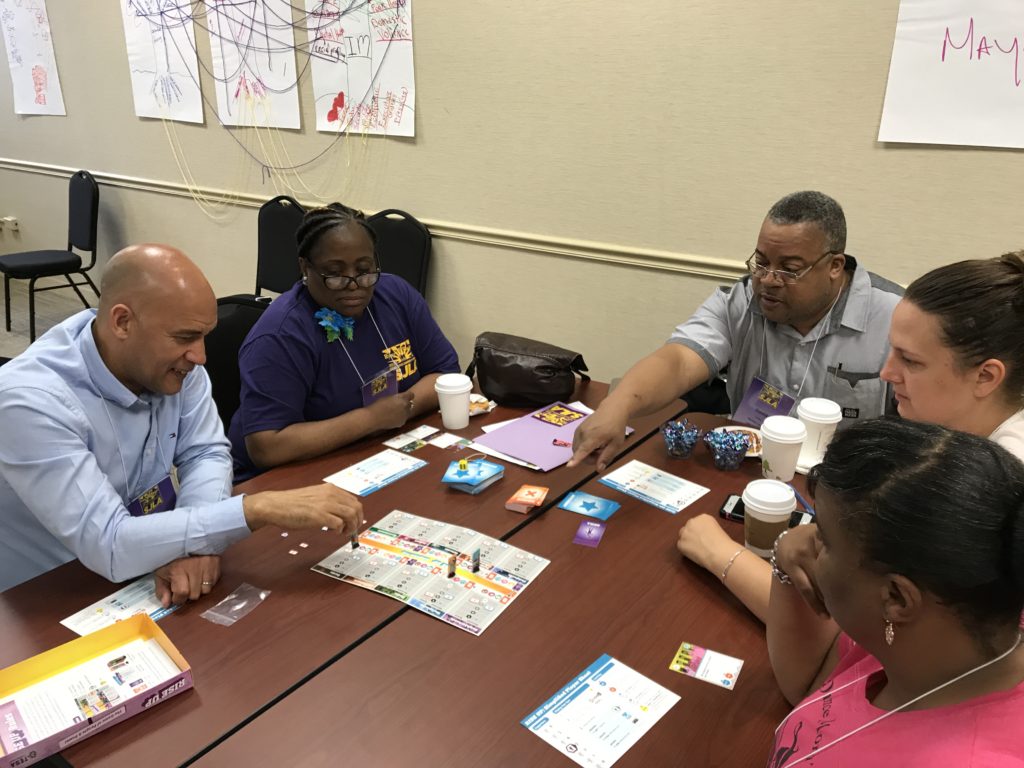 Education can take many forms, including the form of play itself. The TESA Collective is a co-op that creates games for various social justice organizations. It has worked directly with number groups, including unions and nonprofits, and its games now facilitate workshops and trainings that result in real-world social change — in addition to being used during casual get-togethers.

By using board games, groups are able to work through strategies and practice collaboration and organization in a low-risk environment. While this happens, the campaigns and projects that these groups are working on in their daily lives are kept in mind and used as context. Playing these games then becomes self-directed training around how to organize — training which plays out when people actually organize around issues like water management or workers' rights.

For instance, TESA recently worked with The Nature Conservancy, one of the largest conservation nonprofits, to create a game specifically focused on dialogue and mobilization around water resource management. The resulting game, called "Water for Tomorrow" was built out by TESA hand-in-hand with The Nature Conservancy for its New York water management campaign with the same name as the game.

Organizations can choose to work with TESA and build games related to their causes and missions with varying levels of involvement. The Nature Conservancy took a highly involved approach over eight months and designed a game that would be fun to play, yet serious and complex enough to serve as a real educational material around water management.

"We use it as an engagement tool," says George Schuler, director of conservation science and practice at The Nature Conservancy about "Water for Tomorrow." "Instead of going into a community and showing them PowerPoints, we use the game as a way to get people talking about what are the challenges they face in their communities or in their own lives. … It's almost a community engagement tool — instead of having a public hearing or a town hall meeting, we have game night." 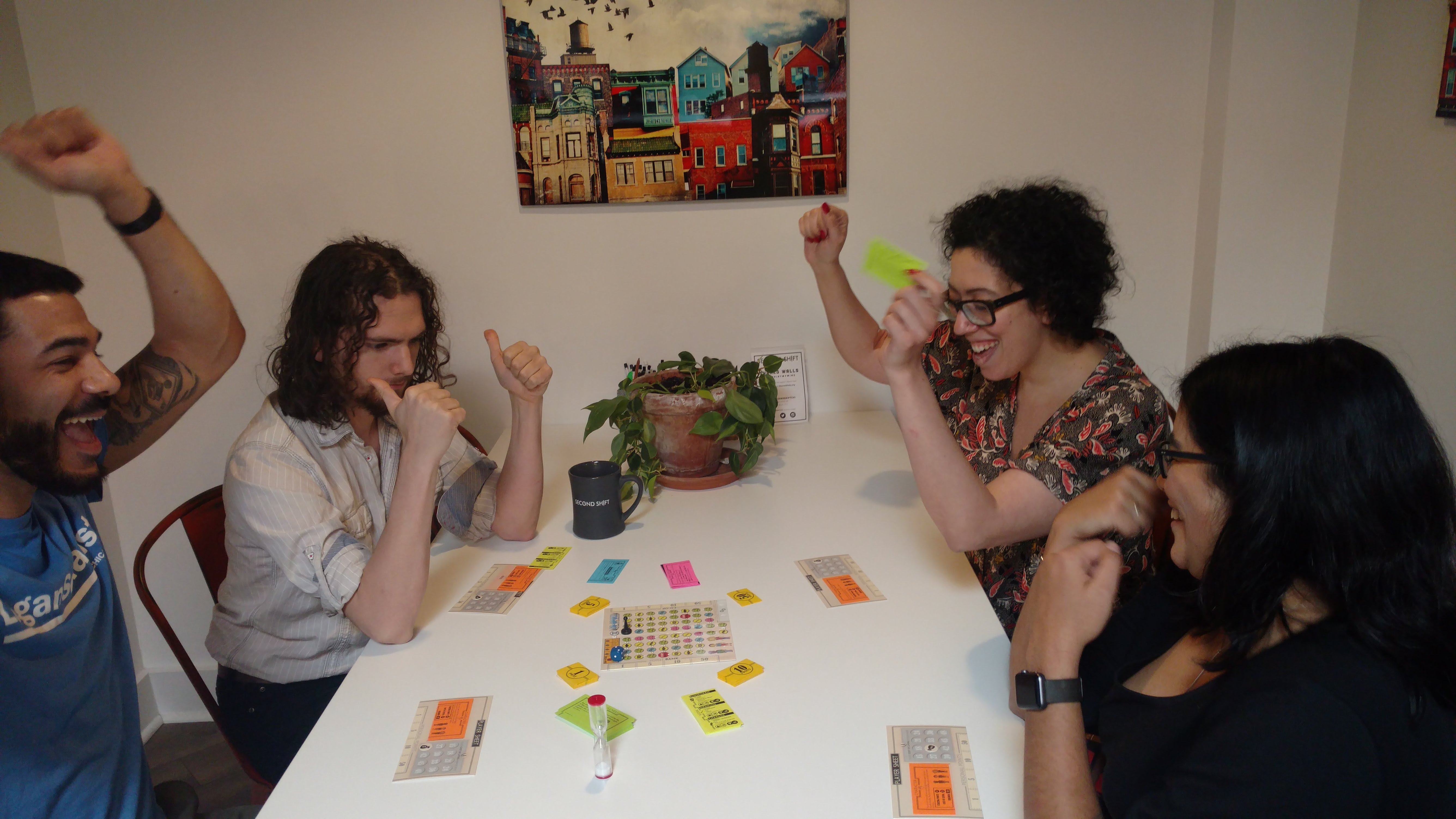 Schuler and his team have noted that gameplay generates far more engagement and conversation than simply giving a presentation or lecture. "The game is targeted at what we call casual experts all the people that have a stake in water decisions or are affected by water decisions of others," says Schuler. Each player acts as a stakeholder — farmers, local politicians, business owners, and so on — and often take on a different role than the one they play in reality. This approach helps people bring in their own experiences and collaboratively discuss water management in a much more open and relaxed setting than if they were listening to a lecture.

Although "Water for Tomorrow" is currently only used by The Nature Conservancy, one of TESA’s other games titled "Rise Up: The Game of People & Power" was created with sponsorship from a labor union Service Employees International Union (SEIU) and is publically available.

SEIU,which has approximately 2 million members in the U.S. and Canada, distributes "Rise Up" to its board and local chapters, but also uses the game during its Social Justice Leadership Academy. During this annual meeting of union member leaders, playing this game is one of the activities that gets members to think about strategizing and organizing in a hostile political environment. 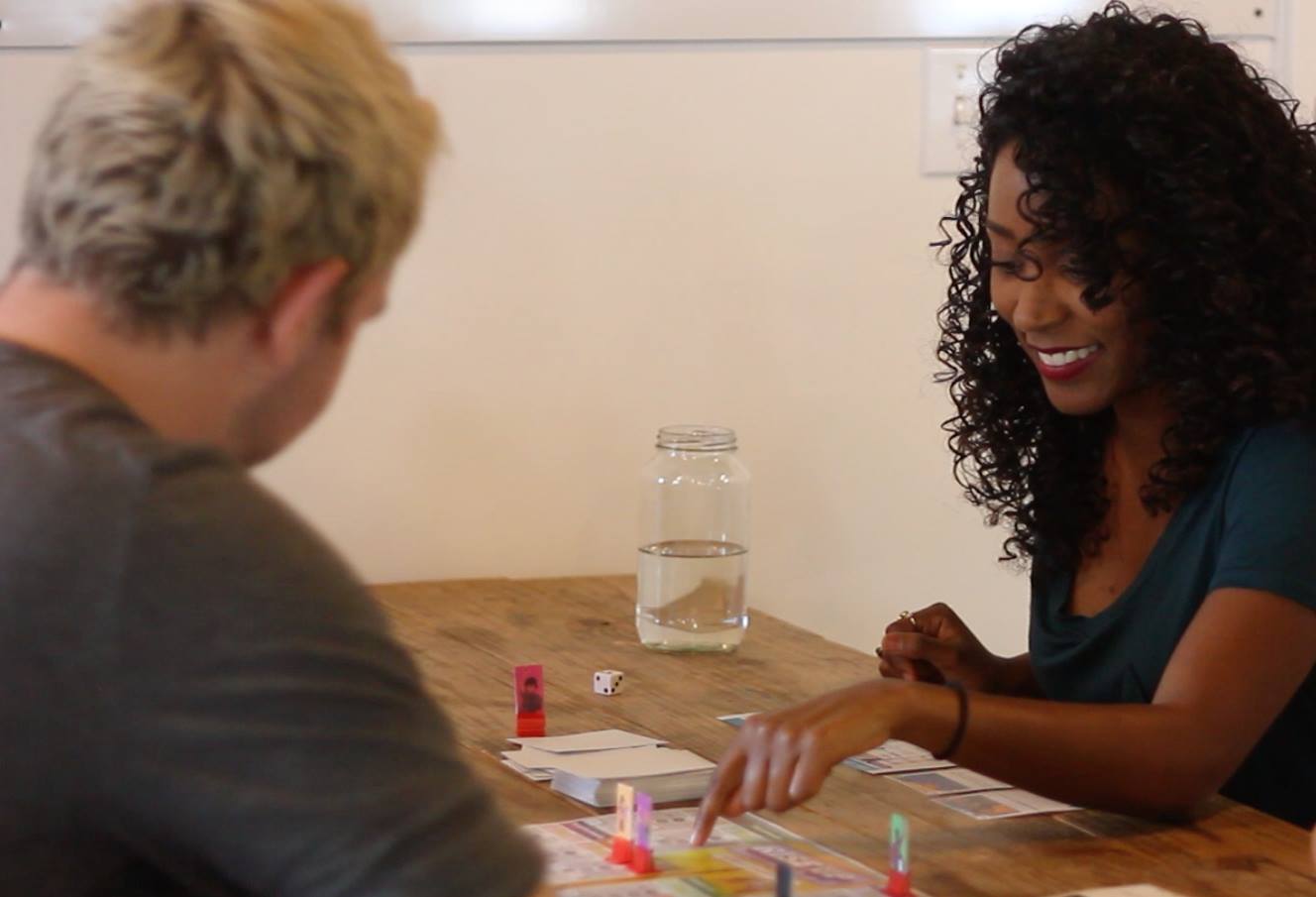 In Rise Up's gameplay, people must cooperate to challenge "The System" in ten areas — internet, environment, government, and campuses. The game is difficult to win because the odds are stacked in favor of The System. "Our members work very hard every day and see that the economy is stacked against them," says Ragini Kapadia, former Education Coordinator at SEIU who used the game during the trainings. "And through their lived lives, have experienced a rigged system." Yet that's the point of the game: for people to learn how to organize and bring about meaningful social change in reality. "We used a lot of real-life scenarios," says Jeremy Wilson of SEIU about using Rise Up in the Social Justice Leadership Academy. "The game takes place in the context of the specific campaign you're talking about — so maybe it's the Fight for $15 (minimum wage) in a specific place. It's a more accessible, fun way to do some of the hard thinking and hard teamwork before you actually get in the field and have to do it."

TESA may be best known for its first game "Co-opoly," which was launched in 2011. In "Co-opoly," players play characters with different incomes and family sizes and like most games created by TESA, the game is cooperative so all players either win or lose together, depending on the success of their co-op.

In fact, when founding member Brian Van Slyke and a friend started TESA during the recession in 2008, the "intention wasn't initially to get into games for social change," says Van Slyke, adding that building games was just one part of the educational programming and development that they had been doing for various nonprofits. "But because of the initial success of 'Co-opoly,' that just naturally and organically took us down that road."

In a piece on Truthout Van Slyke delves into the history of using games for educational and political purposes. Among many, these include a board game titled "Suffragetto" which was created by a women's suffrage organization over a century ago and a critically-acclaimed computer game called "Papers Please" in which one plays an immigration officer in a corrupt dystopia.

"Rise Up" is TESA's most recent game, but after the 2016 election, the TESA team observed that perhaps the game was a little too real, with so many social battles being fought against "The System" in reality. "People were playing the game, and they just looked tired," says Van Slyke. "People just seemed like the world was crushing them." So TESA decided take a somewhat lighthearted approach to their next game for battle-weary social justice organizers. Its title? "Space Cats Fight Fascism."