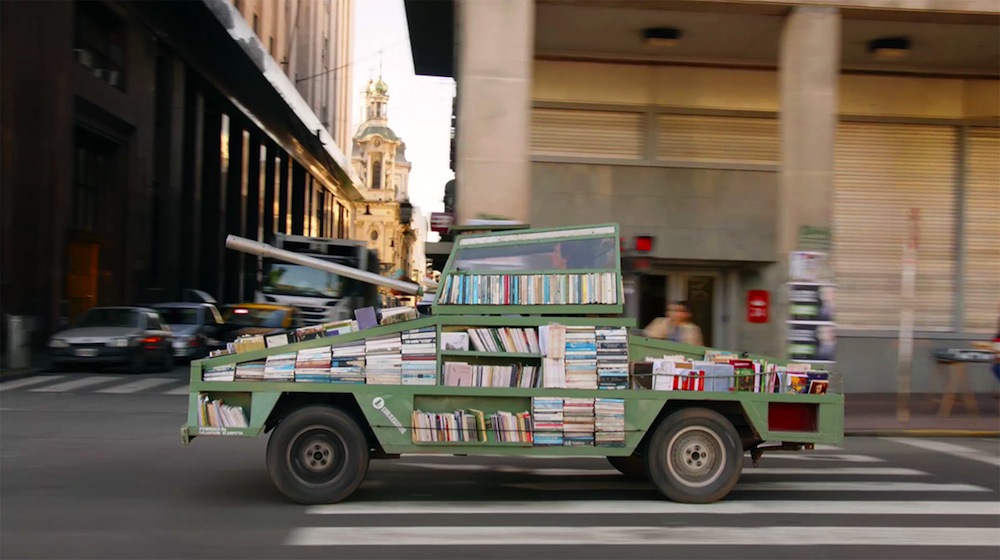 A tank rolling around a city might generally be cause for concern—but not this tank. This is the Book Tank, a roving, free library packed with 900 books that elicits waves, laughter, thanks, and smiles as it goes by.

Designed and built by Buenos Aires artist Raul Lemesoff, the Book Tank is a 1979 Ford Falcon that has been converted into a “weapon of mass instruction” bringing books to the Argentine people. Lemesoff drives the tank giving a free book to anyone who promises to read it.

Commissioned by 7up in honor of World Book Day, the Book Tank is an exercise in spreading knowledge and joy. As Lemesoff says, “I don’t do it for money, I don’t do it for fame, I just do it because I have fun doing it.”