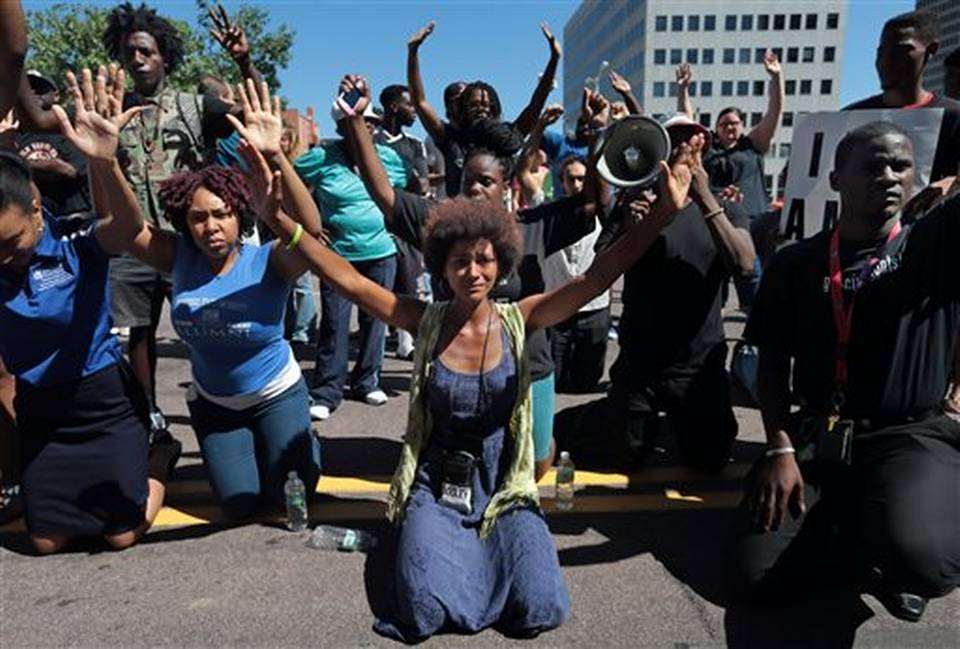 Since early August, the tragic killing of Mike Brown has caught fire in the news. It’s no surprise that mainstream media has limited the conversation to this one isolated incident. But it leaves a crucial void of voices for change that are working to solve the economic inequalities that create racial injustice in the first place.

Missourians Organizing for Reform and Empowerment (MORE) is a grassroots organization that has taken the lead in organizing the community around the Mike Brown case, systemic racism and building a solidarity economy in St. Louis through a new project called Solidarity Economy St. Louis. We caught up with MORE Organizer, Julia Ho, to get MORE’s unique take on how sharing projects can support social justice organizing and why we shouldn’t ignore social justice in the struggle to create a new economy.

Why did MORE shift into solidarity economy organizing from more traditional political organizing?

In 2011, the Occupy movement sparked a pattern of people thinking about the economy in a different way, so we shifted our organizing strategy. We asked ourselves, “How can we do decentralized, anti-capitalist work and support what’s already happening?” Around this time last year, we decided it would be most effective to create a campaign working from two angles 1) connecting and sharing best practices for solidarity economy projects and 2) building political and economic power through organizing. We also knew that racial divisions restricted access to resources in the city and felt that a robust solidarity economy network could play a role in addressing those problems.

In St. Louis, a major symptom of racial oppression is the criminalization of poverty, which leads to further economic insecurity and segregation. For example, cities depend heavily on traffic fine revenue to sustain themselves, which creates an unfair burden on the working poor and those affected by racial profiling because unpaid fines often lead to bench warrants and jail time. Currently, we are working on an initiative to get traffic fines paid through community service projects that are managed through our local timebank, the Cowry Collective, while also putting pressure on the municipal courts to stop issuing these warrants in the first place. 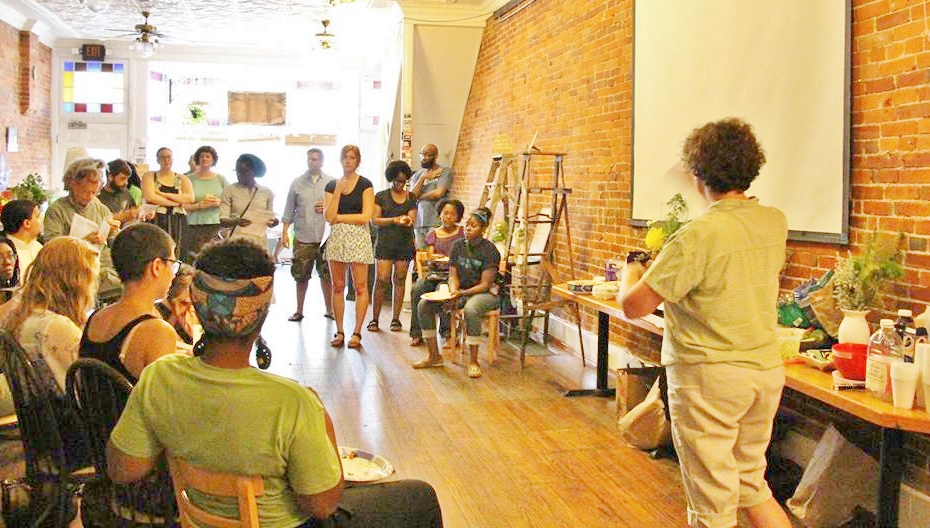 Why did this work lead you to start a new project – Solidarity Economy (SE) St. Louis?

We wanted to build a local network of people who are doing similar projects and could also pull together to fight economic and racial injustice. Our idea was that MORE would help to convene this table, but that the network would consist of groups and organizations that extend beyond our membership.

Can you explain your plan to address the injustice of bench warrants for minor infractions through the use of timebanking or other alternative economic practices?

Through our work around bench warrants, we’re hoping to shift the conversation around alternative economics to call attention to systems that oppress people and exclude them from the current economy, such as the Prison Industrial Complex (PIC). It’s hard for people to participate in the alternative economy if they have to fight daily to survive, to not get put in jail or lose their housing. Recently, a group of local lawyers sent a letter to Mayor Knowles, the mayor of Ferguson, to clear all fines for nonviolent offenses (there are about 3 warrants of this kind per household). The reasoning behind this amnesty initiative is documented in a white paper by the ArchCity Defenders.

As a result of the hard work of these lawyers, combined with pressure from our campaign and national media attention in the aftermath Mike Brown’s murder, Ferguson actually amended its city charter to include several reforms to the municipal court system. Most recently, St. Louis City announced on October 1st that 220,000 warrants for nonviolent offenses will be cleared. These changes were big victories for our campaign, but these are just first steps. Clearly, there is still an enormous amount of work to be done to ensure that people are not being exploited by the courts or the police. In addition to the other work that MORE has been doing in Ferguson, one of our next steps is to start a Timebanking program that will expand throughout St. Louis which will allow people to work off their fines by exchanging services in their community.

What's your long-term vision for economic transformation in St. Louis and how do shared resources, the commons and cooperatives fit in?

Ultimately, our vision is to see people having true democratic power over their resources and the decisions that affect their lives. In St. Louis, corporate power rules. Peabody, the largest privately owned coal corporation in the world, is headquartered here. Monsanto is headquartered here. Boeing has a major base of operations here. These corporate powers, along with many others, heavily influence public policy and funnel money into nearly every cultural institution. As a result, people tend to turn a blind eye to the fact that these corporations are robbing millions of dollars in tax breaks per year from public schools and other city services.

Last year, we were working on a ballot initiative campaign called Take Back St. Louis that over 8 months received 36k signatures. Take Back St. Louis was essentially designed to divert tax breaks ($61,000,000 to Peabody alone) to green jobs, community gardens and renewable energy projects. It got on the ballot, but Peabody successfully filed an injunction and even inserted an amendment at the state level that prohibited St. Louisans from passing any initiatives that limit tax breaks to coal corporations. We are in the midst of an appeal process now, but the Take Back St. Louis campaign is a perfect example of how our democracy is currently being subverted.

Another major issue in the city is massive plots of vacant homes and land, which are a direct result of decades of white flight. St. Louis has over 10k vacant homes and many more private vacant lots. Developers see it as an opportunity, the city sees it as a blight, but what about the people that live there? How do we develop St. Louis in a way that’s constructive of a new economic paradigm? People are already doing it, but it’s not being recognized or supported in the ways that it should be. We want people who live in these communities, who are primarily low income people and people of color, to be dictating where the city’s resources are spent.

St. Louis has been the subject of a lot of media attention around racism lately with the murder of Michael Brown. How does your work address systemic racism?

This moment is significant because it is a chance to push forward a national movement against systemic racism. Mike Brown is not the first Black man to be killed by the police, and sadly he will not be the last–every 28 hours, a Black man or woman is extra-judicially killed. Bench warrants are just one small symptom of the widespread problem of the criminalization of Black and Brown communities. So we are doing what we can to uplift organizations that are already deeply rooted in the community, such as the Organization for Black Struggle and the Coalition Against Police Crimes and Repression, and also support newly politicized and radicalized young leaders off of the streets by training them in their organizing skills.

Do you have any particular models of cities or projects you look to for inspiration?

We originally took a lot of inspiration from Solidarity NYC, their mission and vision. We’re also excited to connect with organizers in Detroit with the Our Power campaign, as well as folks with Cooperation Jackson who are doing incredible work to transform their local economy.