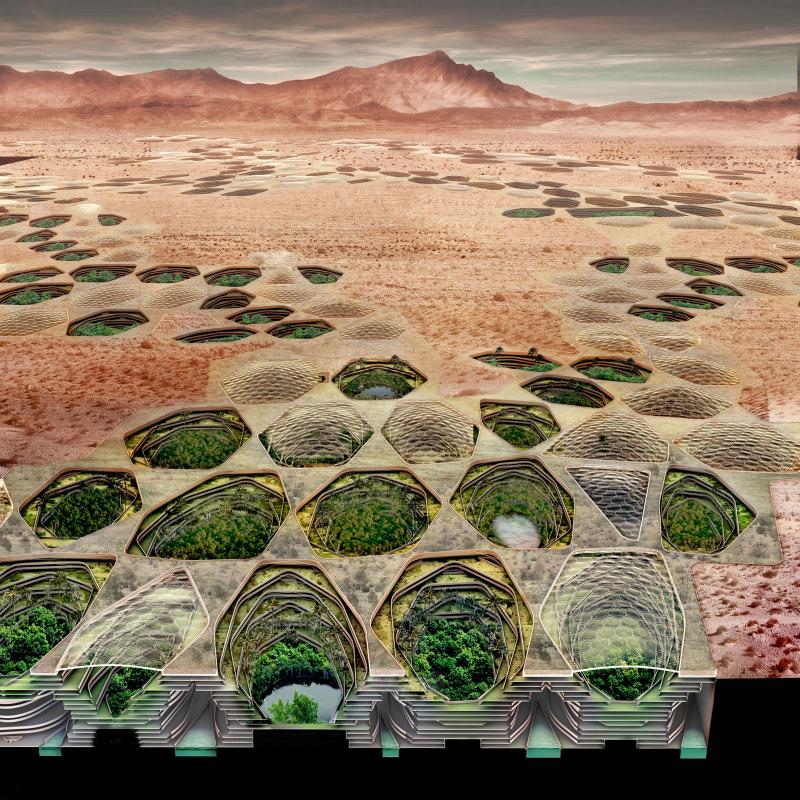 I remember reading Frank Herbert’s 1965 science-fiction novel Dune, which takes place on a desert planet where water is the most precious commodity. I was eleven years old, and we were driving on a family trip through, I believe, Pennsylvania.

I haven’t read the novel since, though I have seen the idiosyncratically beautiful–but also totally incoherent–David Lynch movie several times. I don’t remember anything about Pennsylvania. That world, the real one, didn’t exist while I read Dune. Instead, I remember the underground oasis cities, called sietch, in which the native Fremen of the planet Dune live. I spent hours as a kid trying to imagine what it would be like to be an eleven-year-old Fremen in a sietch, which I envisioned as a subterranean playground.

At the time, however, I had never seen a desert–and most Americans, I think it’s safe to say, could not imagine us one day facing water rationing. (Update: My memory is apparently wrong–in third grade, my wife won a contest for best water conservation poster: "Don’t be a drip! Conserve water!")

But today, water is indeed a precious resource throughout the American west, and in much of the world.

Although this science fiction novel sounded alien in 1965, the concept of a water-poor world is quickly becoming a reality, especially in the American Southwest. Lured by cheap land and the promise of endless water via the powerful Colorado River, millions have made this area their home. However, the Colorado River has been desiccated by both heavy agricultural use and global warming to the point that it now ends in an intermittent trickle in Baja California. Towns that once relied on the river for water have increasingly begun to create underground water banks for use in emergency drought conditions. However, as droughts are becoming more frequent and severe, these water banks will become more than simply emergency precautions.

In response to this situation, Andrew Kudless of the design studio Matsys suggests that water conservation will become "the fundamental factor in future urban infrastructure in the American Southwest"–and he recently proposed an underground desert city designed to maximize water-sharing. Inspired directly by the novel Dune, he calls his idea a sietch:

Sietch Nevada is an urban prototype that makes the storage, use, and collection of water essential to the form and performance of urban life. Inverting the stereotypical Southwest urban patterns of dispersed programs open to the sky, the Sietch is a dense, underground community. A network of storage canals is covered with undulating residential and commercial structures. These canals connect the city with vast aquifers deep underground and provide transportation as well as agricultural irrigation. The caverns brim with dense, urban life: an underground Venice. Cellular in form, these structures constitute a new neighborhood typology that mediates between the subterranean urban network and the surface level activities of water harvesting, energy generation, and urban agriculture and aquaculture. However, the Sietch is also a bunker-like fortress preparing for the inevitable wars over water in the region. 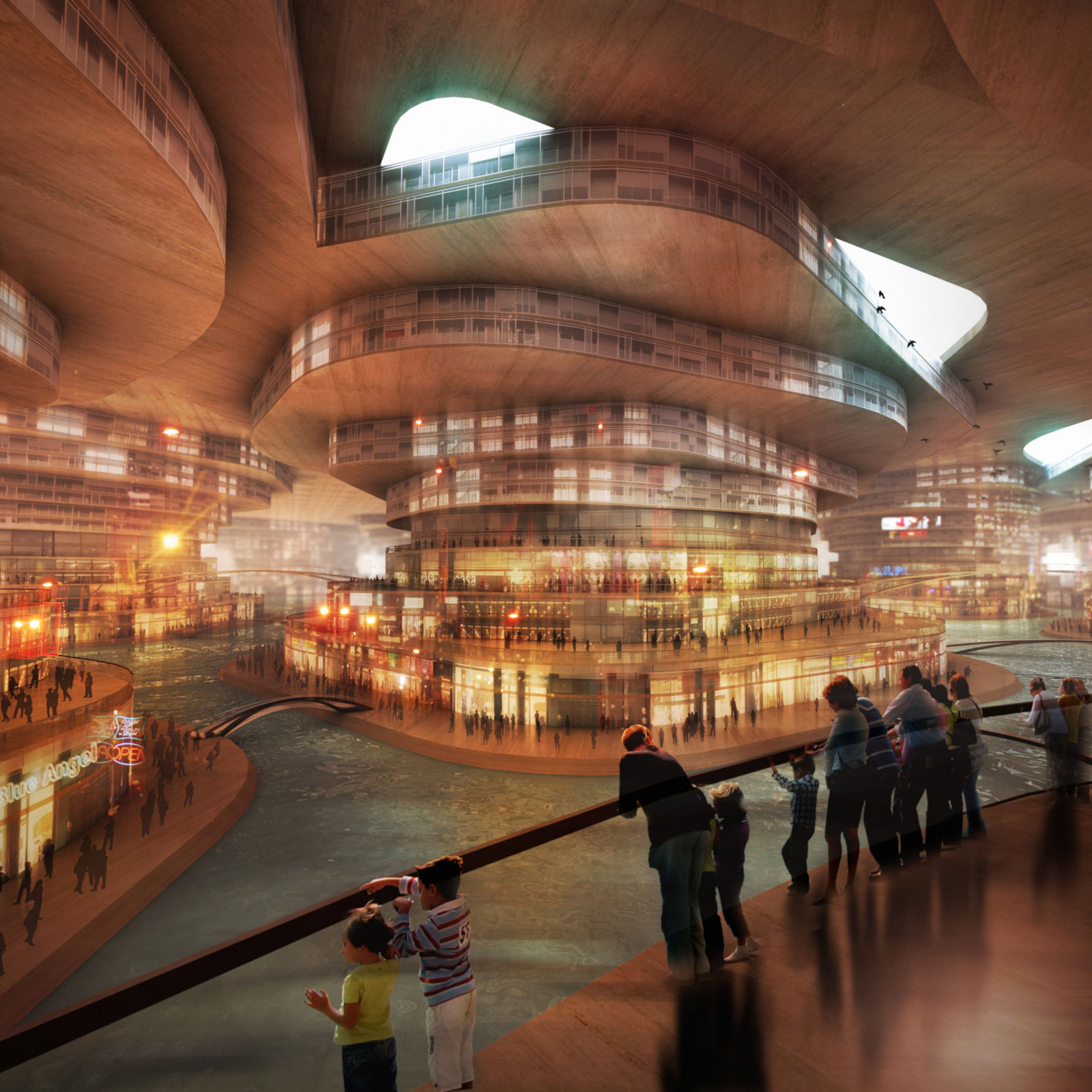 I quite like the dystopian imaginative reach of Kudless’s shareable vision–which seems more like a warning than a utopia–though Gary, a reader at the Bldg Blog, made two pragmatic observations:

1) This is strip mining on a nearly unimaginable scale, removing (to where?) what looks like easily tens of square miles of earth to a depth of hundredths of feet without somehow fouling the precious aquifer Mr. Kudless hopes to access. What are the ecological repercussions of doing that?

2) Then, within that massive excavation you then need to construct whole cities along with their infrastructures underground and then seal them up. All of the above at what seems colossal costs. If the purpose of the domes is to prevent evaporation and create more humid microclimates, then why not just keep a version of the tap wells already being employed and build sealed (mega) structures on the surface? It seems the same results could be achieved at significant less costs and ecological disruption. True the cooling effects of living underground would not be realized, but it seems that could be offset by solar (which that region has in abundance) and wind power.