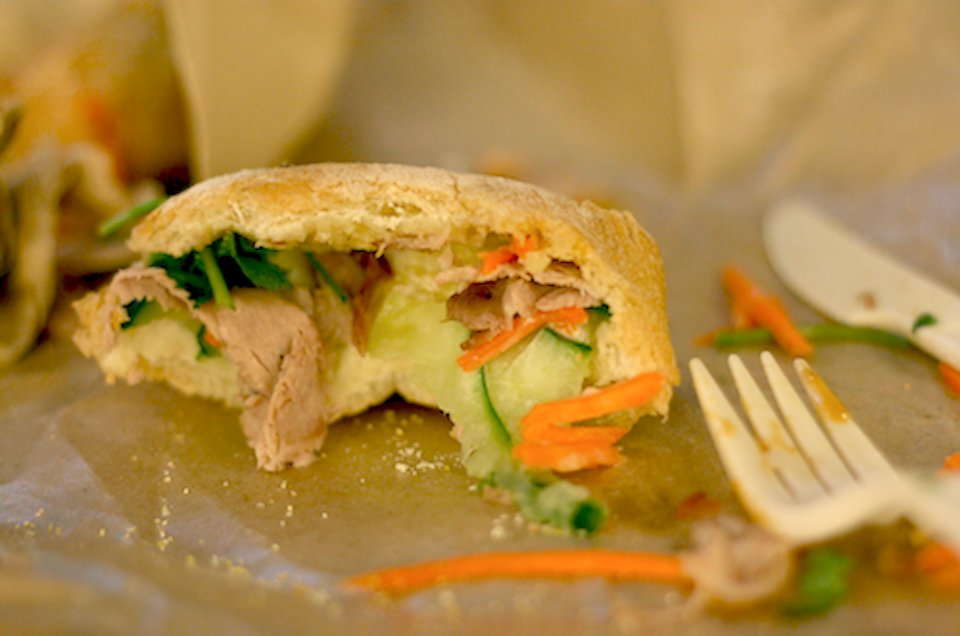 A new smartphone app called LeftoverSwap connects those with leftovers with hungry people nearby.

I thought I had seen the edge of what the sharing economy had to offer when I learned about peer-to-peer dog sharing, but, the edge keeps moving. LeftoverSwap, a soon-to-be-released smartphone app, enables people to share their leftovers with hungry people nearby. Here’s how it works: you take a photo of your leftovers and upload it to the app. People in the area can request the food either via barter or giveaway.

In a country that has a shameful food waste issue, an app that distributes food to neighbors in need makes sense. From LeftoverSwap’s point of view, the app addresses the following issues in one swoop:

However, the fact that one needs a smartphone to play along excludes a whole segment of people who may be going without food. And what about the health concern that comes with swapping already-eaten-from food? Co-founder Dan Newman told NPR that he’s aware that LeftoverSwap will run into regulatory health and safety issues but he’s he's been studying up on liability concerns and regulations surrounding individual food sharing.

Despite regulations, the fact remains that people who are food insecure may already be eating strangers’ leftover food. This app, which will be available for the iphone on August 30 and Android soon after, just makes the process more efficient…and social.

What do you think about LeftoverSwap? Is it something you would use? In the comments, let us know.