Sharing a (Not So) Living Planet - Shareable
Skip to content 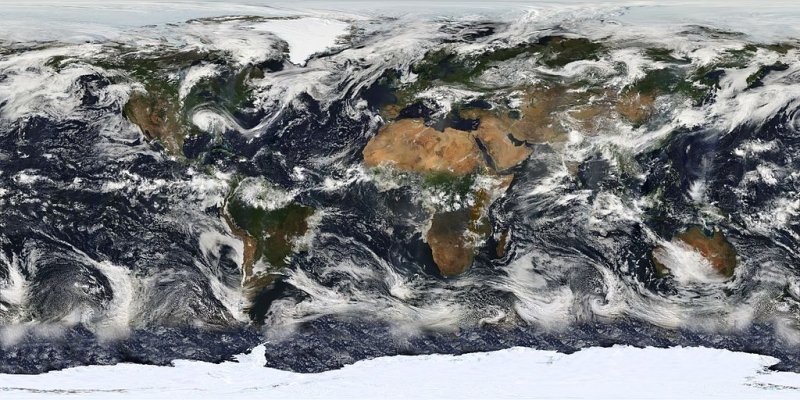 Barely a week after more than half a million people marched for decisive action on climate change, the World Wildlife Fund for Nature (WWF) released their latest Living Planet report, which serves as a timely reminder that the environmental crises we face extend far beyond the popular discourse on global warming. As ever, this year’s report makes for grim reading, with updated facts that illustrate the devastating impact of human activity on the biosphere and point to the urgent need for a revolutionary shift in the way we use, manage and share the earth’s natural resources.

According to the report’s Living Planet Index, vertebrate wildlife — including birds, reptiles, amphibians, fish, and mammals — have declined by 52 percent over the past 40 years. This inconceivable loss of biodiversity comes as no surprise at a time when ecosystems are subjected to increasing demands from human activity, mainly due to our ubiquitous pursuit of consumption-driven economic growth. As the report’s ‘Ecological Footprint’ metric demonstrates, our collective use of available resources is highly unsustainable and clearly responsible for this dramatic loss of animal life. Echoing the findings of the WWF’s previous Living Planet report, the headline Footprint statistic reiterates the often-quoted fact that the world as a whole consumes natural resources 50 percent faster than they can be replenished.

This sizable ‘global ecological overshoot’ means humanity currently needs 1.5 planets to sustain itself on earth — resources that we simply do not possess. However, this stark illustration masks the even more worrying reality that we would require the equivalent of 4.8 planets worth of resources if everyone had the same Footprint as residents of Qatar, or 3.9 planet Earths if we lived the lifestyle of a typical American. Moreover, even though consumption levels have long transgressed globally sustainable thresholds, our combined demand on nature is on the rise as theconsumer class relentlessly expands throughout the world. According to WWF’s projections, by 2030 even three planets might not be enough to sustain our consumerist lifestyles.

At a time when the pursuit of economic growth and short-term corporate profit remains the number one priority for almost all governments, the implications of this latest report on the state of the world are clear: our economic and ecological systems are dangerously incompatible. If we continue on our current trajectory, the economic, financial, and political implications are likely to be severe –especially as competition over scarce resources intensifies and exacerbates intrastate and international conflict. The report is therefore yet another reminder that, now more than ever, governments must adopt a very different economic model that enables nations to share the planet’s finite resources sustainably and far more equitably than is currently possible. 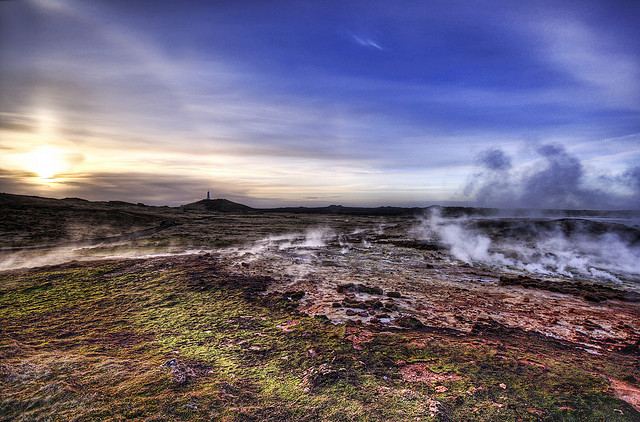 While the authors of the report do not propose specific recommendations to redress the accumulated failures of government policy, they do outline a number of measures that could guide efforts to reverse biodiversity loss and establish a more ecologically viable economy. In addition to producing and consuming goods and services more sensibly, these proposals include diverting investment “away from the causes of environmental problems and toward the solutions,” and making “fair, far-sighted and ecologically informed choices about how we manage the resources we share.” Another key pillar of their broad suggestions focusses on ‘equitable resource governance’ and the need to “share available resources, make fair and ecologically informed choices, [and] measure success beyond GDP” — although none of these recommendations are fully explored in the document.

Of particular interest to proponents of sharing, however, is the concept of ‘one planet living’, which is based on a calculation of what a ‘globally sustainable Ecological Footprint’ would be in tangible terms. Simply put, this measure represents how big our Footprint can grow before we are using more than our fair share of the world’s natural resources. WWF estimate the total ‘biocapacity’ available for humanity to share by calculating how much biologically productive land is needed to provide all the ecological services that people demand. This includes, for example, the land needed for growing crops and grazing animals, as well as the amount of forest required to absorb carbon dioxide emissions — the dominant component of our ecological footprint for more than half a century.

According to the report, the total amount of available productive land in 2010 was 12 billion global hectares (gha) — which amounts to 1.7 gha for every person on the planet. This figure, 1.7 gha, represents the equal share of resources available to every person if they live a one planet lifestyle. If a nation’s demand on biocapacity exceeds this per capita average (as it currently does for all the world’s high-income countries and approximately half all middle- and low-income countries), then the country as a whole is using more than its fair share of global resources.

Pursuing one planet living is clearly an objective way to measure how sustainable a person’s life is. In recent years, there has been a surge in the number of people voluntarily downshifting their lifestyles by reducing their consumption levels and sharing personal resources, even though these efforts still remain fringe activities that occur mainly in high-income countries. By placing greater emphasis on living within the 1.7 gha Footprint, these grassroots efforts could demonstrate how to achieve sustainable lifestyles in a measureable way that governments could then support, replicate and even scale-up. The WWF’s footprint calculator is an accessible and informative tool that could help facilitate such efforts.

Moreover, a nation’s Ecological Footprint indicates the shift in consumption patterns policymakers need to aspire to in order to ensure that planetary resources are managed sustainably and shared equitably across the globe. Although many would regard such calculations as merely theoretical and impracticable, the concept is nonetheless an important framework for quantifying what it would really mean to share the world’s resources. Of course, unless governments integrate the Ecological Footprint or similar models into their policy frameworks, any significant change in consumption patterns will remain impossible to achieve on a national scale, let alone globally. 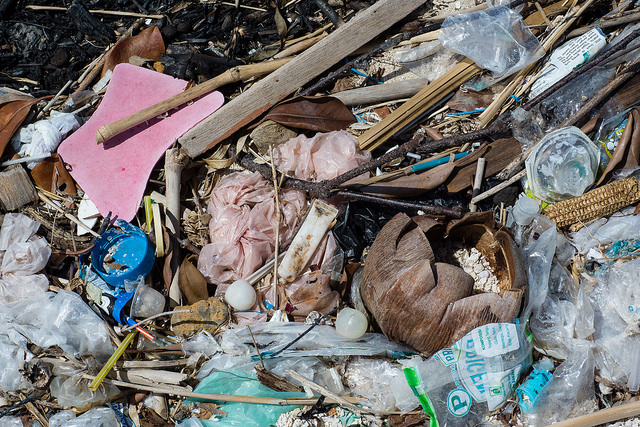 Although one planet living could be an extremely useful concept if it was more widely adopted by governments, it only addresses one aspect of a more complex picture. The report tacitly acknowledges this by advocating for the Ecological Footprint to be combined with the UNDP’s inequality-adjusted Human Development Index (IHDI), in order to link it to critical issues around standards of living and sustainable development. As the report’s authors admit, the overarching challenge the international community currently faces is “how to reduce consumption by design while improving human development.”

Without this connection to human development, the Footprint provides little indication of whether basic needs are being met in the countries being assessed. For example, a number of developing countries have per capita Ecological Footprints well below the 1.7 gha threshold, but this is usually the result of high levels of poverty and a lack of access to basic resources rather than the pursuit of sustainable lifestyles. It is revealing to note, however, that not a single country currently exceeds a minimum IHDI threshold of 0.71 whilst maintaining a globally sustainable Footprint. In other words, by the time a country has achieved a basic standard of human development, it has already exceeded the one planet ceiling — which says much about the resource-intensive model of economic development that countries pursue.

In light of the ongoing negotiations to agree a new set of sustainable development goals in 2015, it is no surprise that this year’s Living Planet report embraces the broader vision of development within ecological limits. Together, the IHDI and Ecological Footprint help to illustrate what the principle of sharing means in relation to sustainable development, as they are concerned with ensuring that all people have access to the resources needed to live dignified lives without transgressing planetary boundaries.

This emphasis on equality is also wholly in line with Oxfam’s ‘doughnut’ proposal, which combines Rockstrom’s planetary boundaries model with the concept of social boundaries in exploring a conceptual framework for eradicating poverty and achieving prosperity for all. Alex Evans has also put forward an equity-based ‘fair shares’ approach to resource security in an attempt to map out a new agenda for international development. Other examples of this evolving focus on equity can be found in relation to climate change, including the Contraction and Convergence model for reducing and equalising carbon emissions across the world, as well as the ongoing calls from developing countries for an equitable sharing of responsibilities and rights in climate change negotiations.

As most campaigners are acutely aware, however, the crucial notion that all people have an equal right to share the global commons has yet to be firmly embedded in supranational governance structures or agreed in climate change negotiations, which remain highly biased in favour of a small elite of powerful nations. Nor is there any appetite among world leaders to reduce domestic per capita consumption to one planet levels, largely due to a highly competitive global economic framework in which each country fiercely defends its own interests even when this is patently harmful to the needs of the world as a whole.

But the Living Planet Index and Ecological Footprint make it plain that the ecological crisis has already reached unprecedented levels, and time is fast running out for governments to facilitate a shift towards one planet lifestyles. To achieve this critical goal, a dramatic transformation of national and global consumption patterns is necessary – and it will remain impossible to achieve until our elected officials truly seek to protect the planet and represent the needs of the majority, rather than yield to corporate influence and advance outmoded political ideologies. Logically, the only hope for the political transformation that is now long overdue is through the engagement of millions more concerned citizens in a united demand to end this consumerist ‘war against the living world’. The latest Living Planet report is yet another reminder that the call for sharing is central to this urgent cause, and must therefore be strengthened and scaled up at every opportunity.