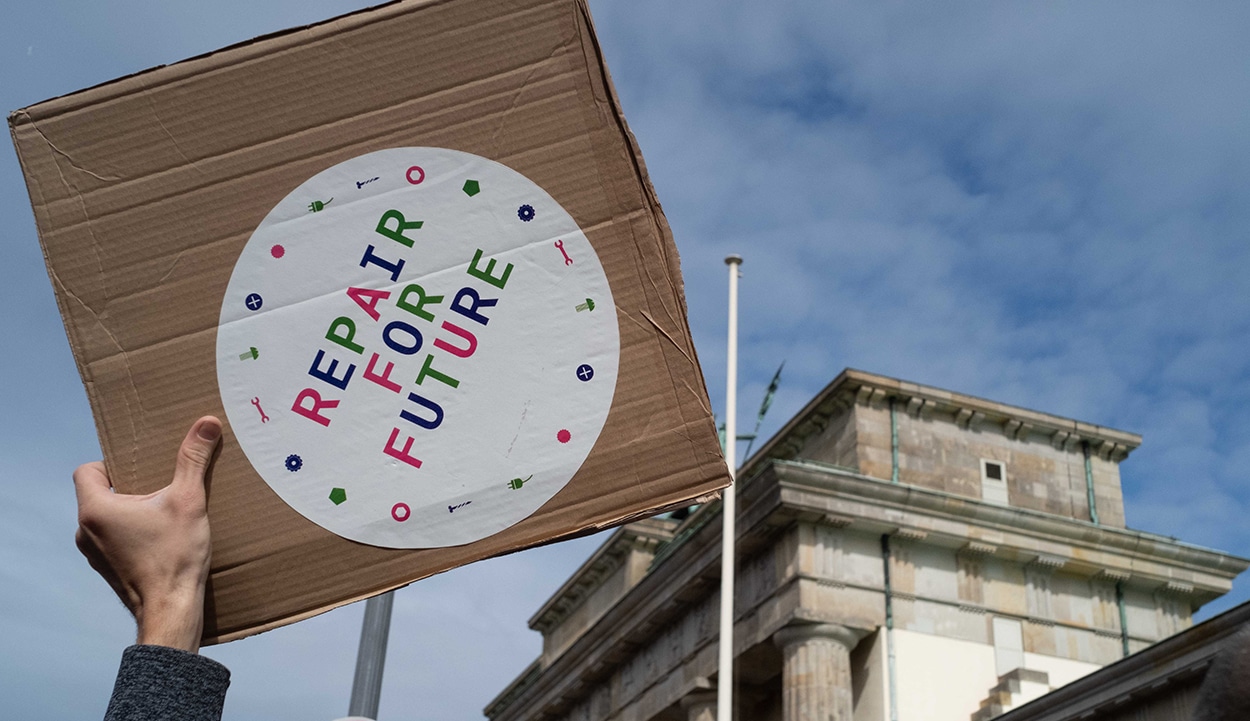 Have you ever tried to get a broken item — such as a mobile phone, a hair dryer, or even a washing machine — checked out and, hopefully, repaired, only to hear that acquiring a new version of the item was actually more cost-effective? Or that the repair shop didn’t even have the specific tools to open or diagnose the issue?

If so, you’ve experienced some of the troubles modernity has offered: A “buy, use, and throwaway” model of producing and consuming goods — especially electronics. This framework is exemplified by the fact that, on average, we replace our smartphones every 25 months, and the amount of household appliances that died within five years of their purchase has considerably increased over time.

On top of that, the “repair monopoly” by some manufacturers has created major limitations on the possibility of repairing devices. They’re either too expensive, require very specific tools to do the job, or are so complex that fixing it is not realistic.

Meanwhile, grassroots initiatives such as repair cafés and restart parties have become very popular, using a “do it together” model, in which volunteer menders support the owners of broken items.

Products that are not built to last or be repaired when they break are being challenged by the global Right to Repair movement. Right to Repair campaigns seek to require that manufacturers provide repair resources and diagnostic tools to both professionals as well as DIY repairers (repair café volunteers and individuals), so that repair is accessible to as many people as possible.

This fast-growing movement pushes for a radical shift away from one where manufacturers deliberately design products that are hard to disassemble, limit access to spare parts, price the parts in a way that discourages repair, do not make repair manuals easily available, and limit the length of software support and updates. All of these actions lead to products becoming obsolete sooner than they should. Changing these practices will dramatically reduce the production of unnecessary waste and altering our relationship with electronic devices.

While this cause is getting growing support from governments, concerns around potential breaches by laypeople without suitable knowledge or certifications — along with the potential for safety risks involved when opening up and dismantling a device — are also being discussed and taken into consideration in the process.

The Right to Repair campaign demands include, “…ecodesign for all products including smartphones, national registers for independent repairers, and the development of a repairability index to inform consumers,” Mikolajczak adds.

Challenging our increasingly disposable times, the movement calls on governments to act now, pushing for systemic change around repair. Recently, new ground-breaking European laws have been adopted mandating that, starting in 2021, manufacturers of household appliances such as TVs, refrigerators and washing machines, make their products easier to take apart and fix.

With more repairability requirements being put into effect extending the lifetime of many electronic devices and embracing the principles of the Right to Repair movement, consumers and manufacturers are realizing the importance and urgency of such actions, and are increasingly on board with such changes.

Learn more about the U.S. movement and European movement.

This post is part of our Winter 2019 editorial series on waste reduction. Get our free ebook on this series: “Beyond Waste: Community Solutions to Managing Our Resources.” Shareable is a partner of this project with Greenpeace.

Take a look at the other articles in the series: