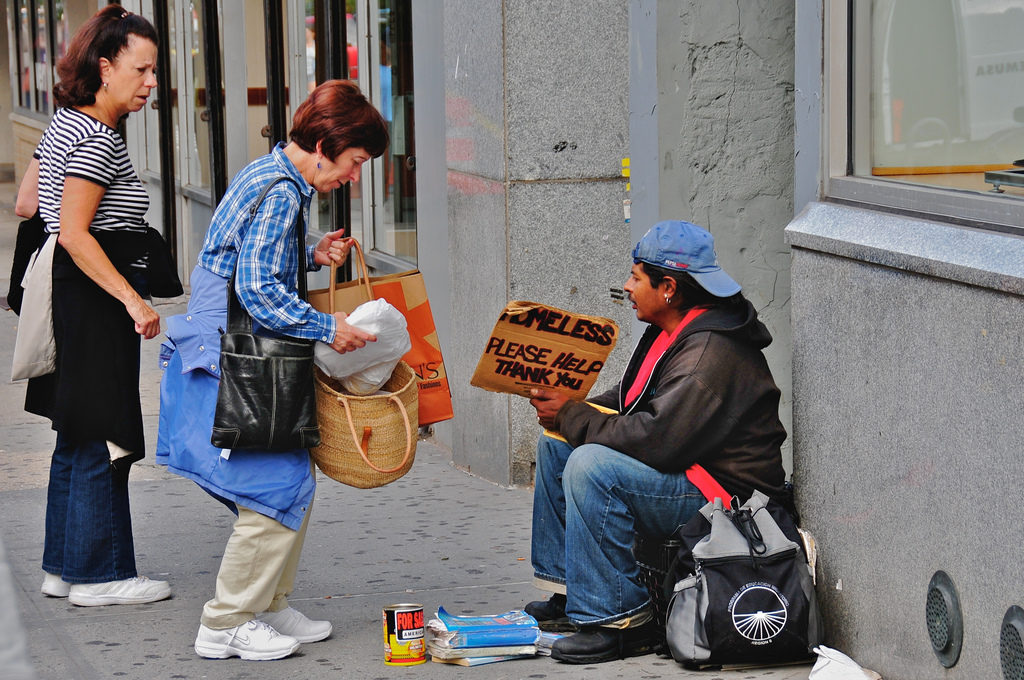 As the number of U.S. cities criminalizing sharing food with the homeless continues to rise as a result of burdensome requirements on food pantries and individuals, rights groups are condemning the cities for their focus on punishment over solutions.

A report released Monday by the National Coalition for the Homeless (NCH) found that ordinances which have been adopted in 21 cities target food pantries, individuals, and homeless populations alike by perpetuating harmful myths about the effects of food-sharing and restricting the ways communities can do it.

"One of the most narrow-minded ideas when it comes to homelessness and food-sharing is that sharing food with people in need enables them to remain homeless," states the NCH report, Share No More: The Criminalization of Efforts to Feed People In Need (pdf).

"There is the myth that sharing food with low income people enables someone to stay homeless," Michael Stoops, NCH director of community organizing, told Common Dreams. "Another myth is that these food-sharing programs are not necessary as hunger or food insecurity is not a problem in the U.S. There is a 'food fight' going on in downtown America between the interests of economic development [and] tourism, versus people experiencing homelessness and the agencies that help them."

In Fort Lauderdale, Florida, the city council is poised to pass an ordinance that would forbid food-sharing nonprofits from setting up shop within 500 feet of residential properties, while any groups that do find a space to operate will not be issued more than one food service license for the same address in the same quarter.

Proposed legislation in Sacramento, California, would require organizations and individuals who wish to use public spaces like parks and picnic areas for food-sharing to buy permits — ranging from $100 to $1,250 — several times a year to host those events.

According to the NCH, these ordinances are examples of a three-fold legislative process: restricting the use of public property, imposing food-safety regulations, and community actions targeting homeless rights groups. Other similar restrictions have already passed in cities with large homeless populations in Texas, California, Washington, and Oregon, among others.

"It seems harmless on the surface, but they’re part of a series of laws that criminalizes activities homeless people need to perform in order to stay alive," Nathan Pim, a volunteer with a food-sharing nonprofit in Fort Lauderdale, states in the NCH report.

In 2008, a federal judge struck down a homeless feeding ban in Orlando, Florida, which he said had "no rational basis" and violates the First Amendment.

"Rather than address the problem of homelessness in these downtown neighborhoods directly, the City has instead decided to limit the expressive activity which attracts the homeless to these neighborhoods," Judge Gregory A. Presnell wrote in his decision.

The American Civil Liberties Union (ACLU) of Florida had argued against the legislation. "Freedom of religion and freedom of speech are the cornerstones of the First Amendment and this ordinance flew in the face of the most basic constitutional rights of people using the parks to share food with the homeless," ACLU senior attorney Glenn Katon said after the ban was struck down. 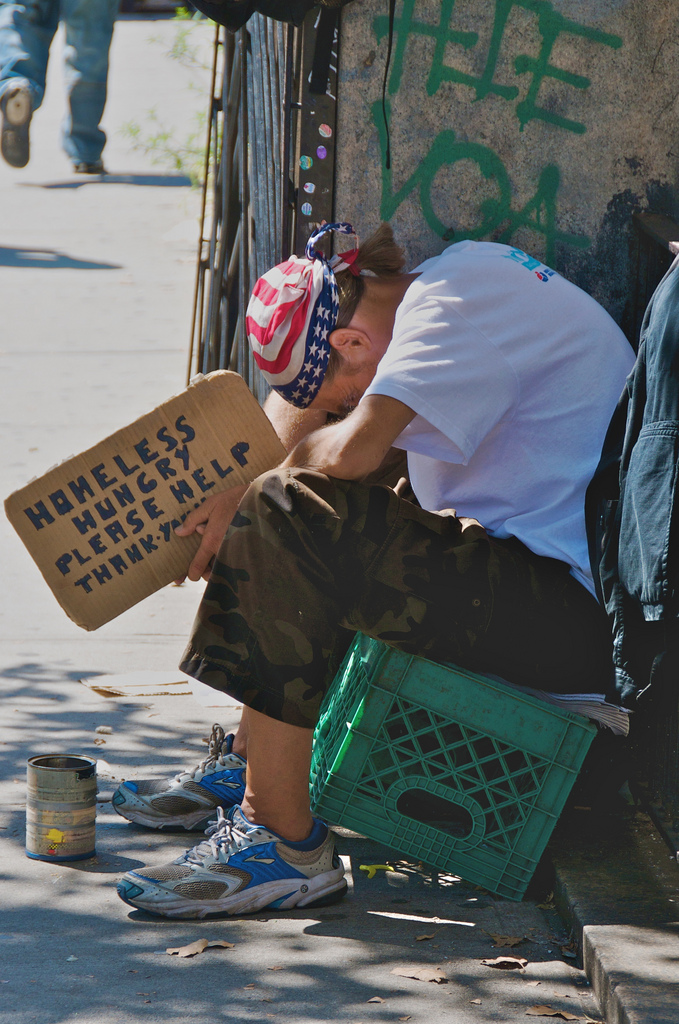 But despite the landmark ruling, ordinances against food-sharing — and other activities associated with homelessness, such as lying on benches — have spread.

Stoops added that "the motivation behind such laws is to push people experiencing homelessness out of sight, out of mind."

The push against food-sharing organizations comes not only from city councils but from local businesses and residents, NCH says, who often "join together to put pressure on local government or directly on individuals and organizations that share food with people experiencing homelessness."

"These groups are harassed and in result feel compelled to relocate their food-sharing efforts or cut the program [altogether]," NCH says.

WRAP director Paul Boden told Al Jazeera, "Regardless of income and housing status, people are going to perform these activities (like sharing and eating food), but only a homeless person is going to see the inside of a jail cell for performing these activities," adding that city councils and other local governments are adopting laws that they know people will break.

NCH also noted that many of the individuals seeking help from food-sharing groups are not always homeless — but are on the cusp. Dani Skrzypek, a volunteer at the Unitarian Universalist Church of St. Petersburg, Florida, states in the report, “When you’re feeding up to 150, that means there is a huge need… many are working people who are paid minimum wage that are trying to pay rent and feed a family. Money is so tight for them; to come and get a meal once a week is a huge help.”

In September, the Department of Agriculture (USDA) published a report that found that in 2013, despite the so-called "economic recovery," nearly 50 million Americans continued to struggle with food insecurity.

Our Mission:To inform. To inspire.To ignite change for the common good.Common Dreams has been providing breaking news & views for the progressive community since 1997. We are independent, non-profit, advertising-free

Our Mission:To inform. To inspire.To ignite change for the common good.Common Dreams has been providing breaking news & views for the progressive community since 1997. We are independent, non-profit, advertising-free and 100% reader supported.