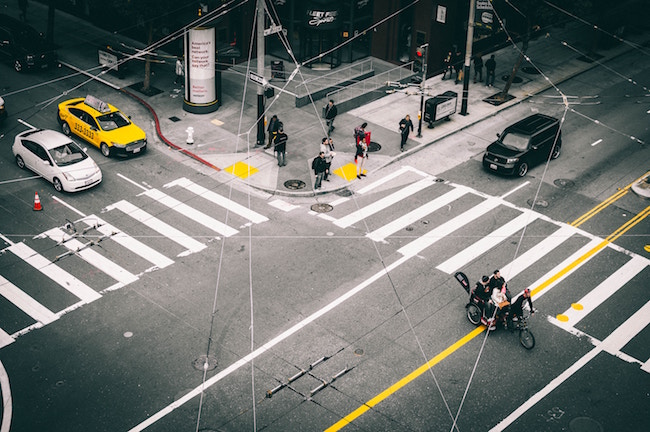 It’s easy to group all enterprises that promote “sharing” into a single category. New technology has made it much easier for people to share almost everything — cars, houses, workspaces, just to name a few. There’s really no shortage of ways that people can pool resources. But there’s a huge difference in the goals between for-profit sharing economy companies like Uber and Airbnb and nonprofit groups like tool libraries, time banks, and makerspaces. Juliet Schor, professor at the sociology department at Boston College, explores this tension between for-profit and nonprofit sharing groups. Schor has carefully outlined her findings in her prolific writings on the subject.

In one paper, she interviewed dozens of young people that were using for-profit sharing companies to determine their motivations for using the service. For starters, she argues that for-profit companies like Uber and Airbnb are contributing to inequality in America (also a subject that Schor has written about). But what else is different? Are users motivated by different things? Class or demographic distinctions? How has the economy shaped modern sharing organizations and vice versa? Here’s an excerpt from our conversation:

Kevin Stark: One argument for the for-profit sharing companies like Uber is that they provide a frictionless way for people to find work.

Juliet Schor: The on-ramp to earn on one of these platforms is easy compared to other kinds of jobs. Our interviewees report that they can get on these platforms even if they have criminal records, which bar them from other types of employment. The other side of it, however, is that just being accepted to earn on these platforms, doesn’t mean that you will get work. TaskRabbit has a very high hourly rate; we have people earning $100-$150 an hour, but you may not be able to get work.

We don’t have the data from the company, but my sense is it is operating like a winner-take-all model. Certain people on the platform are doing well, they have great ratings and they’ve done lots of tasks. They get hired a lot. On Airbnb, you can list your place but we find that your race and education level are related to whether you can get people to book it. People who live in areas with higher rates of non-whites, for examples, are less likely to get bookings. They get lower reviews and lower prices.

You argue that Uber et-al are contributing toward inequality. Who is being crowded out?

Juliet Schor: This conclusion is not the product of a full economic analysis. It’s from our research which looks at the dynamics at the individual level and extrapolates to what might be happening at the full economy level. In the past, many people would not have been taking up the type of work that they are on platforms. The platforms were originally marketed as cool, technologically advanced, ecologically helpful — they had a discourse of common good.

Many were launched during the recession and attracted a young, highly-educated, white group of people as customers, and more importantly, as earners. What I’ve argued happened is that the platform de-stigmatized blue collar and pink collar work for these people. We are finding people with graduate degrees who are cleaning houses on TaskRabbit or students who are bicycle couriers. They are doing … work that traditionally has been done by people who didn’t have college degrees. Some of them talk about these status questions. This is a very highly educated, relatively privileged group of people, in comparison to the labor force that has done this type of work in the past.

Do you think that that’s derived from the incentive for the companies to make money or how they are designed, or a reflection of our society and access?

Juliet Schor: The larger context is the economy. The growth of inequality in this country started as more of an 80 percent and 20 percent phenomenon. My story is about inequality within the bottom 80 percent. What’s happening is that when you have problems of wage stagnation or high debt for young people, education debt, lack of economic opportunity, lack of good full time jobs with upper mobility, then these college educated young people, are facing less opportunity relative to comparable people in the past. That puts them in a situation where they are trying to get more opportunity, to better their situation.

The companies come along and offer them something that makes sense to them, that’s not too at odds with their status identities. So, to answer your question, it’s really both. I do think the larger economic trend of the shrinking middle class, declining mobility, wage stagnation, growing under and unemployment, all those well-known trends are important for understanding how these platforms came into the market. They came in during the depths of the recession. It is very favorable for companies that want to hire people. They will get more highly qualified people without having to pay the extra money. It is a cascade effect in bad economic times. Everyone gets pushed down, but it is like a ladder. The ones at the bottom get slammed. It goes in the other direction. When things improve and the labor market gets tight, people can move up.

There are the for-profits that we’ve talked about, but also the nonprofits — seed banks, time-banks, makerspaces. What’s the distinction?

Juliet Schor: In our research, we started by studying nonprofit sharing initiatives, such as a time bank, a maker space, a food swap, and what we call open-learning, free online educational resources. The nonprofits generally start with an idea about creating an alternative kind of exchange or market or set of social practices. We found that people participate or sign up for these spaces because they are ideologically aligned with them.

With the time bank, for example, they think it’s a great idea that everyone’s time is valued equally and that, they can barter services. But many of the people don’t need bartered services, so they treat the time bank like it’s volunteering. They give stuff to people, but they don’t necessarily cash in their balance. In practice, they don’t like the idea that what they are offering is only worth as much as other people. Some of them are solo practitioners of massage therapy or yoga teachers or whatever. The time bank has a $10-15 an hour economy for generally available skills like driving or walking a dog. But a yoga teacher or a massage teacher is more likely to charge $75 or $80. The time bank didn’t work out so well because there were divergent valuations and the idea that everyone’s time being equal is such a big jump from the market where there’s a large inequality in how people’s time is valued. There was also class prejudice, where people would reject those with poor grammar or a bad website. On the one hand, people know they are going to an amateur market, but on the other they want something more professional.

One of your organizing lines seems to be built around the idea of public benefit, and you write that sharing platforms can also function in the “public good.” What about at the scale of Uber or Airbnb?

Juliet Schor: A lot of the nonprofits, the scale wouldn’t work. They are designed to be local. Some are for face-to-face services, like a time bank. On the other hand, there could be an app that just gives you local options, as, on Uber it just gives you all the cars around you. You could do something like that with a timebank. But you would have to allow for local conditions. Here’s another point about nonprofit efforts that have been made for general labor service platforms, like Loconomics, which aims to be a general labor platform or a pilot program in the U.K. where a municipality launched a labor services platform.

The idea was that people who needed stuff done could hire people with spare time — a kind of nonprofit TaskRabbit. There are two issues: If you have an imbalance in the market — which we do, with a weak labor market, it will be hard for the platform to work. TaskRabbit can do it because they have an algorithm that privileges certain people. But a nonprofit doesn’t want to function that way. You don’t want an algorithm where a few people get tasks. The other thing is that with general labor service platform you can’t tailor to the specific needs of types of labor. The one-size-fits all market does not work very well.

Your critique of Andrew Yarrow’s “Thrift” — that he didn’t dig deep enough to understand what the thrift movement meant to its participants. What’s motivating users of Uber and Airbnb, and is that different from, say, a tool lending library user?

Juliet Schor: With the nonprofits, people are motivated by several common good claims. One is ecological. People think that these are lower-footprint way of doing things. The second is social, either to have social connection or in cases like a time bank, a critique of inequality. That’s important to people. Then there is the critique of the big impersonal corporation, and a preference for the local and the face-to-face and the personalized. There’s almost an aesthetic dimension to that. That’s been important for a lot of people in both types of platforms. You also see this on some of the for-profit platforms, for example, with choosing Airbnb rather than a hotel chain.

That’s a major motivation we’ve found. With the food swap, there is a critique of the industrial food system. With the for-profits, the number one motive is money, although, these other things also come into play. On Airbnb people think that it is reducing eco-footprints because fewer hotels are being built (they don’t think about how people are traveling more because of Airbnb). And there’s another aspect for the people who are earners on the platforms, which is that they don’t want nine-to-five jobs and want a certain amount of autonomy or flexibility. Maybe they have other careers or obligations. They aren’t nine-to-five people. This is another set of motives around autonomy and flexibility.