Pop-up restaurants and clothing stores have become extremely popular in big cities like NYC or LA..These temporary establishments generate buzz via guerilla marketing, open for a night or two in a surprise location, and then disappear for a while just to do it all over again.

People love surprises, and they love feeling like they are one of the first (or only) ones to experience something new. That's why pop-up shops have been so wildly successful.

Now, the appeal of 'get it while it lasts' is creeping into the coworking community as well. These temporary work spaces generate buzz for the coworking movement, encourage collaboration between creative thinkers, provide a place to catch up on emails during a large event, and allow growing coworking spaces to manage member overflow until they can find a larger facility.

Comeraderie and Collaboration at MASS MoCA 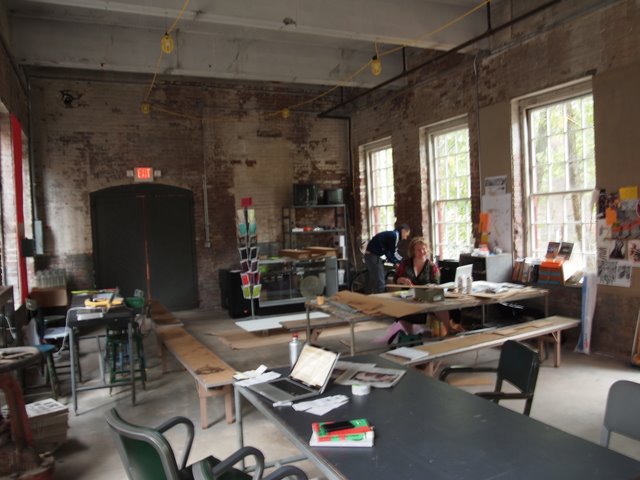 Until September 30th, the Bureau for Open Culture will host Work Site as part of its larger I Am Searching for Field Character project at MASS MoCA. 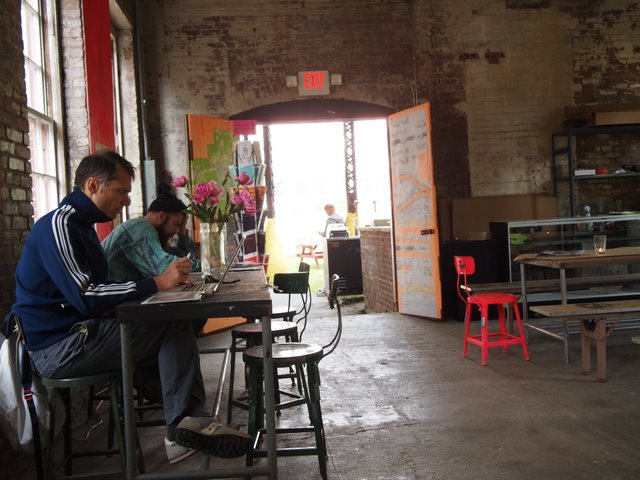 The pop-up co-working space brings together individuals who do not engage daily in a workplace as a means to create a discourse about the community formed within a traditional work site and the social conditions developing today as greater numbers of individuals remain at home to work. 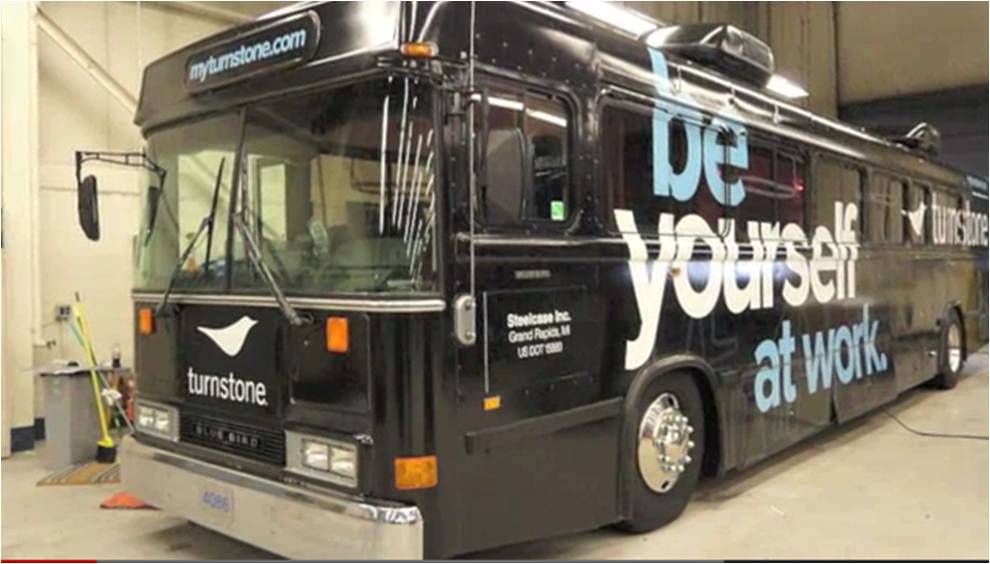 An event like SxSW is a huge draw for freelancers and creative professionals. Since SxSWi 2011 coincided with the first-ever Coworking UnConference, there were also a lot of experience coworker in attendance as well. 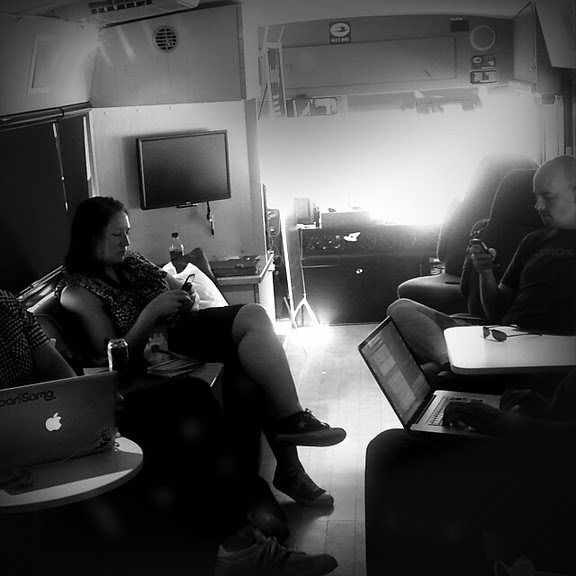 To help demonstrate the utility of coworking, the folks at Liquid Space, partnered with Steelcase/Turnstone (who know a ton about how to design great spaces) and local coworking space Link Coworking to create a network of pop up and permanent spaces around Austin during SXSW. These impromptu coworking spaces, located at the Hyatt Regency, Arthouse, Copa Bar and Grill, and even aboard converted RV (above), allowed attendees to actually get work done amidst the chaos and frenzy of that crazy event.

The normally small Cowo Coworking space in Milan transformed into a much larger pop-up coworking space during its Barcamp event earlier this year. 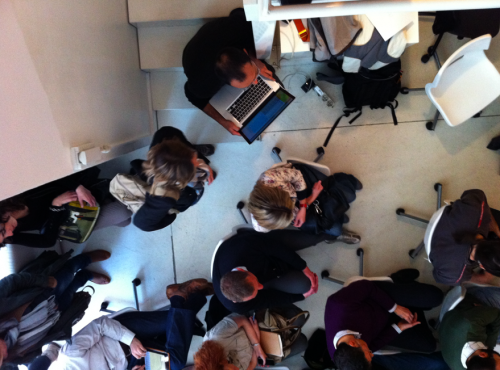 Coworkers aren't afraid to do it in public. These #Cowocamp2011 attendees kept the collaboration flowing…even on an outdoor bench! 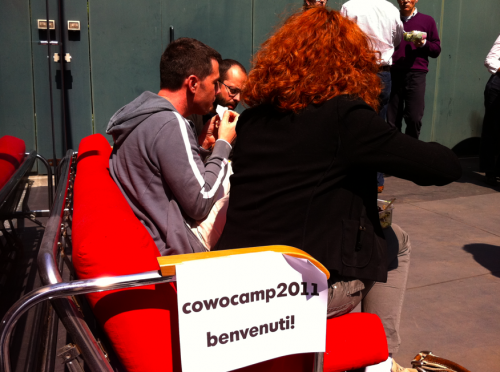 James Rock of UK-based Cultivar Consulting says that the Milan example inspired him to do something similar at London Design Festival this year. "I am presently pulling together plans for a pop-up coworking space for the duration of the festival from 17-25 September," said Rock. "The space will hopefully offer desk spaces, casual meeting areas, free wifi and coffee. it should enable the some of the 350,000 people who attend the festival to have a shared office location which could make it easier to meet, network and do business during the week."

Salim Mhunzi, who is in the process of starting a coworking space in Harlem, New York, says that the pop-up concept provides a way to gauge interest in coworking before opening a permanent space.

In Colorado, the quickly-growing Cohere uses "instant coworking" as a temporary solution to overflow issues. "This is sort of a hybrid between Jelly and real coworking since there is a sort-of host and a set time," says Cohere owner Angel Kwiatkowski.

On certain days of the week, several members volunteer to act as coworking ambassadors, returning to the coffee shop or library with this clever sign that invites other freelancers lurking nearby to join their table. 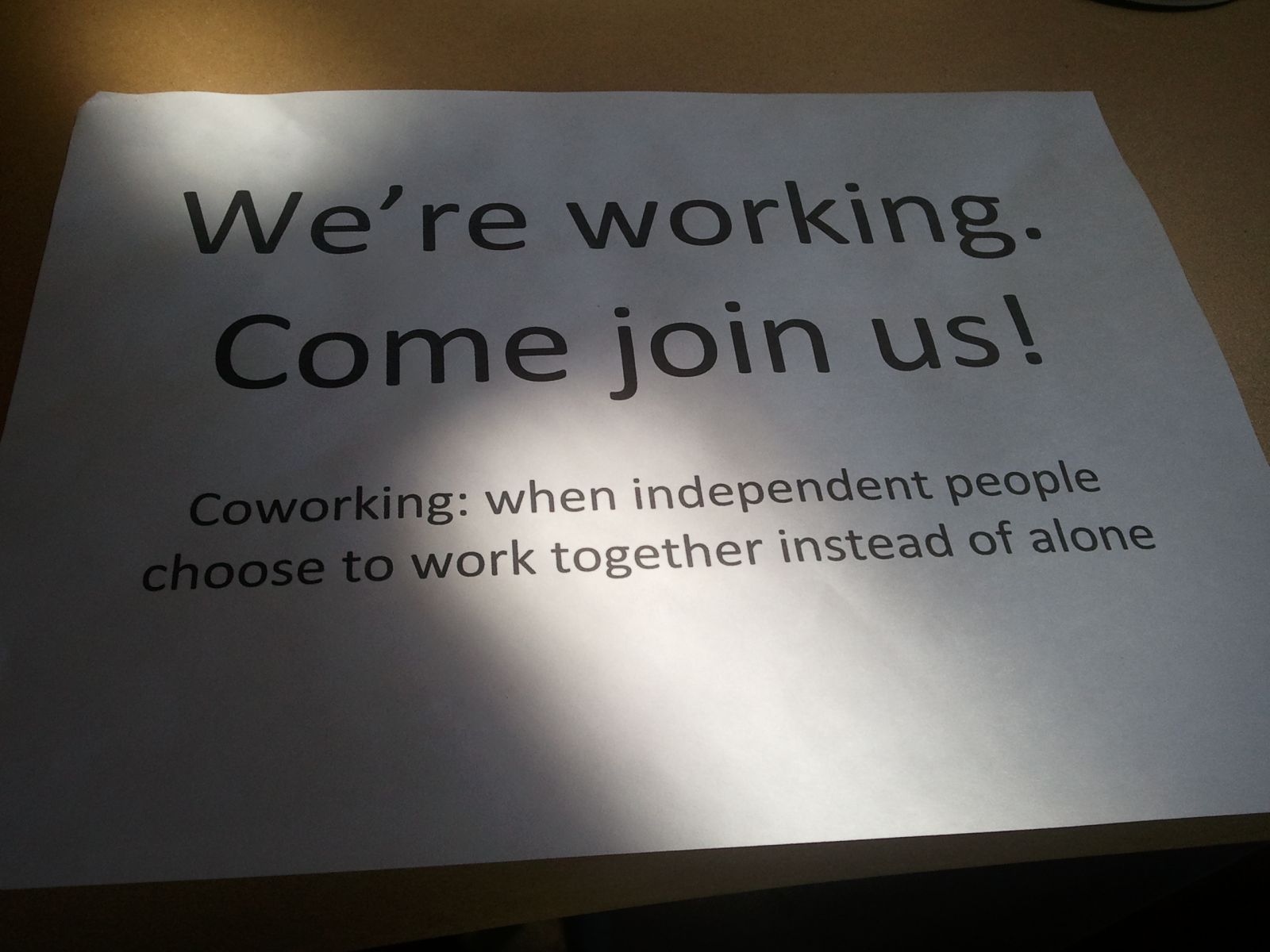 For absolutely no cost, a coffeeshop nomad can join a vibrant work of coworkers at a local establishment. It's the best kind of test drive. No risk and all the fun. Partnering businesses free up tables when mobile workers cluster around a single table and benefit from a guaranteed table of paying customers for a few hours.

Not only does this effort allow people to become part of the community while still waiting for an official spot at the space, it acts as a powerful marketing tool for the concept of coworking in the community itself.

Coworking And The Sharing Economy

Everything Solid Melts Into Jelly: Coworking In Rural England