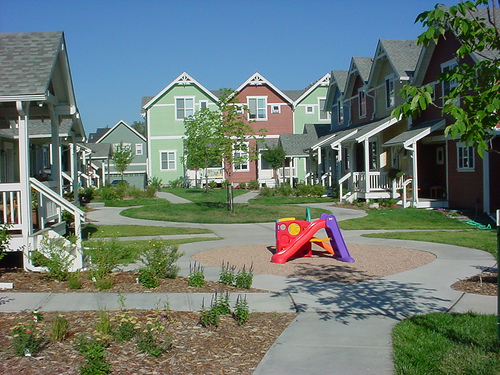 Second units, cohousing neighborhoods, ecovillages, clustered “tiny homes,” collective houses – these are part of the important spectrum of possibilities for meeting our housing needs as the population grows, and as we work to dramatically shrink our housing’s footprint on the Earth. The need for new housing units puts incredible demands on our society. In the nine counties of the San Francisco Bay Area, for example, it is projected that we need more than 23,000 new housing units per year. Shared housing options can help us meet this need, and provide an alternative to endless urban sprawl. 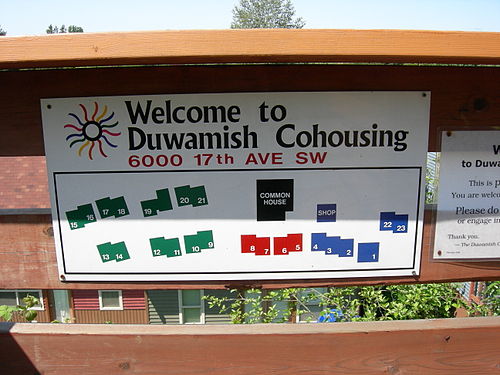 There are many policies that cities can adopt to enable and incentivize shareable housing solutions. A handful of recommendations follow, and we encourage you to add more in the comments section below. 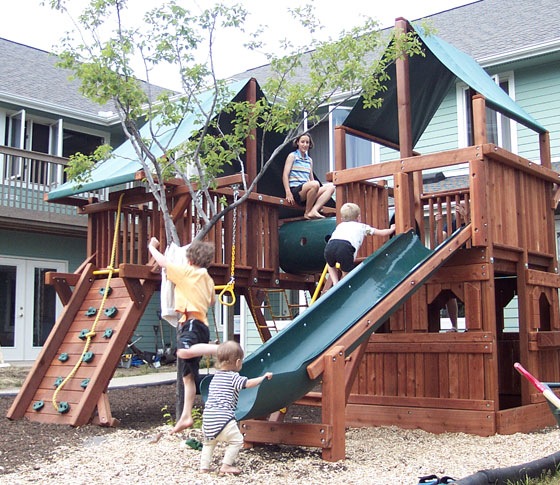 The playground next to the Common House at the Sunward Cohousing Community in Ann Arbor, Michigan. Photo is public domain.

To encourage more economically and ecologically sustainable housing, in general, cities should be thinking about sharing in all aspects of policy making. The recommendations listed above and throughout this 20-part series all enable communities greater access to shared resources – shared workspaces, shared outdoor spaces, shared kitchens, shared storage, tool-lending libraries, shared living areas, and so on. The more that each of us has access to shared resources, the easier it will be for our growing population to find contentment in more humble and sustainable housing arrangements.