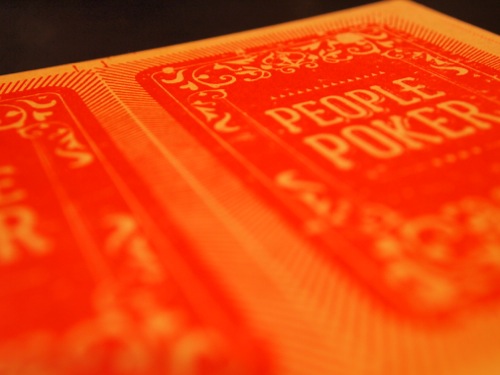 Having long admired Shareable Magazine, it was great to meet publisher Neal Gorenflo in person at the Share NY conference last November. After the first day, while Neal and I walked the High Line uptown to an event, he mentioned that Shareable was organizing an event at SXSW 2012, and was planning a game which encouraged guests to socialize.

In the game's original incarnation, guests were to receive half a ticket each, which they would have to match for a free drink. I suggested something a bit more competitive and game-like, and he was open to the idea. I offered the services of my branding firm The Public Society to help conceive the game and brand the event. When Neal assembled a team to organize the SXSW event a few months later, he invited me into the conversation. We began devising a game that instead of bringing two people together, would instead catalyze the most possible interactions among the crowd. 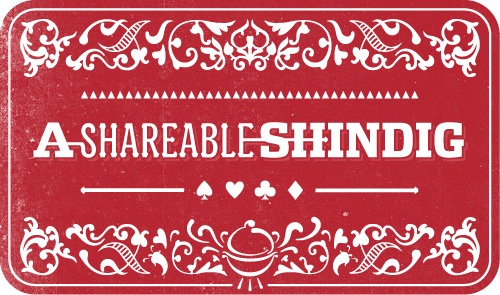 The first version of the game was still based on one-to-one interaction among participants, but included four different levels of tickets and a progressive rewarding system. This iteration was potentially unwieldy and taxing on people who were coming simply to hang out and enjoy themselves. Over time, we simplified the game into a high and low-reward system that required a minimal amount of complexity: Participants would find other people with matching symbols on their cards, creating groups of three people (for one free mixed drink) or seven (for free mixed drinks all night). Much of this became clear after we named the game.

I’m lucky to have an extraordinarily talented team at The Public Society, and it didn’t take long for us to come up with “People Poker” (after less extraordinary names like “BattleShapes“ and “ShapeMates” were floated). Instead of going with our first name for the event—”A Shareable Feast“—we settled on ”A Shareable Shindig“. What players were doing, in the game, was essentially creating “hands,” and given that the event was in Texas, ”People Poker“ and ”A Shareable Shindig" seemed like perfect fits.

[slideshow]Once we settled on the branding, the logical next step was to change the original symbols—simple geometric shapes—to the suits of traditional playing cards, which also helped to make the rules more digestible for participants. As for the cards themselves, we decided to screen print them. We wanted to create something that had value beyond the game itself, something nice to look at and to hold, and which people might want to keep after the event was finished. Also, considering that people are bombarded with flyers and other collateral marketing materials during SXSW, we wanted to make sure that attendees wouldn’t throw the People Poker cards away before realizing they were part of the game. 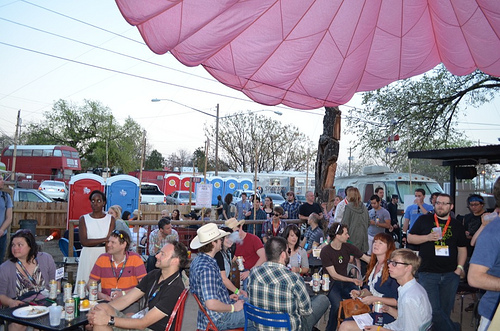 Surprisingly, one of the trickiest elements in the design of People Poker was the instructions. The game was meant to encourage socializing and facilitate a good time at a Shareable Shindig—we didn’t want to drain the life out of the event by making partygoers learn a complex set of rules. So we did our best to simplify the instructions as much as possible, crossing our fingers that people would get it quickly enough to play and enjoy themselves in the process. 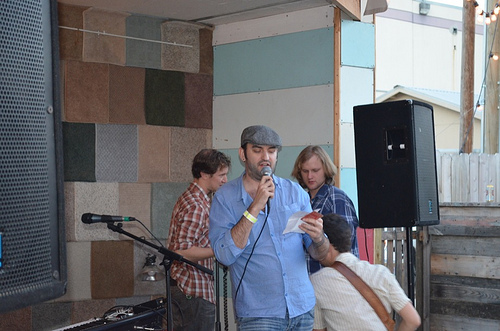 When I arrived at the event, I really didn’t know what to expect. We handed out cards, and I took the stage to explain how the game worked. I still didn’t know at that point if people would play, but they did, and the whole thing moved incredibly fast. One thing I noticed, and didn’t expect, was people licking the cards and sticking them to their forehead—sort of a “blind man’s bluff” poker, minus the blindness. 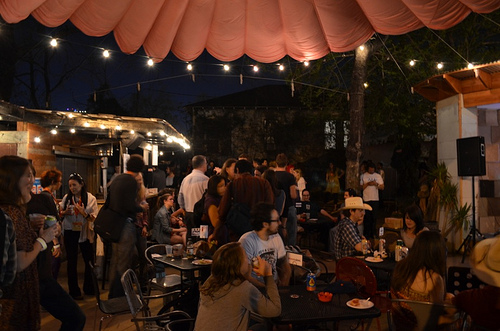 The game was designed to minimize the possibility of cheating, so organizers would also be able to play, and be just as likely to lose as any other attendee. People Poker was devised so that people couldn’t effectively game the system, and as a result people connected and had conversations whether they won or not, which was the ultimate goal.

As for the winners, they didn’t know each other at the start of the night, but became fast friends before the night was over, taking pictures, doing shots, and exchanging contact information. But this wasn’t only true of the winners: within 15 minutes, we were able to turn a group of total strangers into enthusiastic drinking buddies. 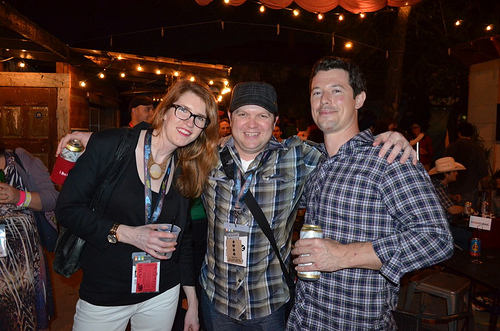 Neal and the Shareable team were ideal collaborators: they were open, enthusiastic, and warmly welcomed an outsider whose idea they respected. Throughout the process—from creating the game to executing the event—strangers came together to serve a common goal, with everyone doing their part, and enjoying the rewards together. In this way, the project and the party became a microcosm of the sharing economy itself. Looking ahead, the game proved to be such a success that we’ve decided to refine it and use it elsewhere, and hopefully conceive of other sharing games and activities that encourage the culture of sharing in the offline world.

Cristian Fleming is a visual designer at The Public Society dedicated to quaint notions of ethical responsibility, mutual respect, hard work and dedication. Lover of the act of

Cristian Fleming is a visual designer at The Public Society dedicated to quaint notions of ethical responsibility, mutual respect, hard work and dedication. Lover of the act of making.