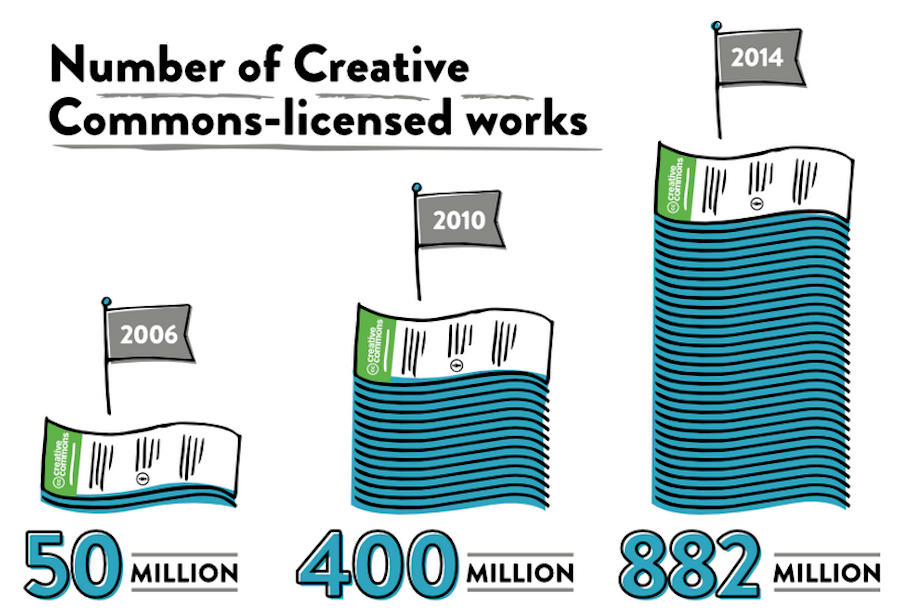 Creative Commons (CC) licenses have transformed the way that people share creative works online. Guided by the notion that sharing art, articles, designs, data, and more creates a rich cultural foundation that can be built upon continually, CC licenses allow creators of content‚ including photos, music, videos, text and more, to safely share their work.

In the recent State of the Commons report, CreativeCommons details the number of CC licenses being used and how people are using them. The report highlights the rapidly-growing use of CC licenses and reveals a global culture of CC enthusiasts. The report is described by the organization as “the most revealing account [they]’ve ever published.”

Below are some of the report’s key findings:

To gather the data for the report, researchers turned to Google for the raw data, counting all of the websites in its cache that link to Creative Commons license deeds. They published their data and methodologies used to gather data here: State of the Commons: Notes and Additional Resources