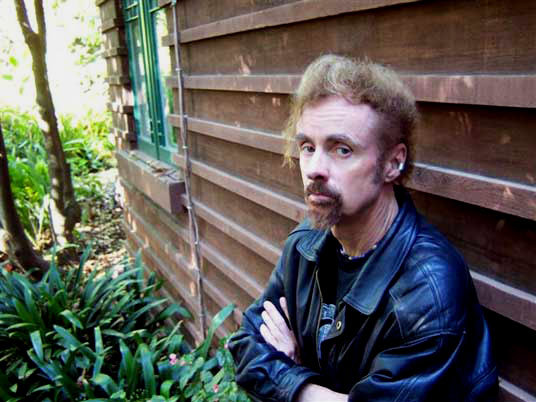 In a small, dusty used bookstore in the middle of Costa Rica one summer, I came across a book of short stories I just had to have. I'd fled to Costa Rica to escape a bad relationship, but he'd come after me. It quickly became clear that I had nowhere left to flee—nowhere, that is, until I read the first line of the first story of Without a Hero. I finished the book in two days and feverishly scribbled a journal entry inside the front cover. Eventually, the relationship withered away, but I'd already begun a new love affair, with the delightfully absurd, wickedly addictive fiction of T.C. Boyle.

A few years, two boyfriends, and one husband later, I am still snorting with laughter at Boyle's comic irreverence. His story collection The Human Fly is the greatest thing to hit high school English teachers since graphic novels. I should know—I've been using Boyle's stories to seduce even the most reluctant teenage readers, and I've yet to find a student who didn't fall hard for “Greasy Lake.”

Now the author of nine short story collections has just published his 13th novel, When the Killing's Done, a wild romp through the muddied waters of environmentalism. Echoed in stories like “Top of the Food Chain” and “Carnal Knowledge,” and novels like A Friend of the Earth and Tortilla Curtain, veteran readers will recognize Boyle's vintage theme: the tension between humans and the natural world they inhabit and dominate. He writes of ethics in a shared world that we're still struggling to understand, where consequences don't always work out the way we expect.

When the Killing's Done dramatizes the real life show-down between biologists and animal rights activists over the eradication of invasive species—specifically rats and feral pigs—on the Channel Islands, just off the coast of Santa Barbara. Though each side is spear-headed by one main character— the no-nonsense biologist Alma Boyd Takesue versus the fanatical and surly Dave LaJoy—Boyle eschews the easy hero/villain dichotomy for characters whose messy predicaments challenge their neatly packaged idealism.

In a tale that involves 19th century ship-wrecks, kooky sheep-herders, fascinating bits of evolutionary biography, and plenty of ethical dilemmas, When the Killing's Done poses questions without force-feeding the answers. “I do not believe that politics or advocacy and art make for a congenial mix,” Boyle says, explaining that he does not write fiction to dictate moral codes or tell people what to think. “It is not the place of the author to lead the reader by the nose (or any other body part for that matter).”

Boyle is chopping Brussels sprouts when he answers my phone call at 5:30 on a Thursday evening. He's immediately jovial and frank, a personality that fits (much like his iconic goatee) his prose style. After telling me a brief story about his connection to northern California—he actually did research for his very first novel, Water Music, in the Santa Rosa library, just down the street from my house—we launch into an easy conversation. 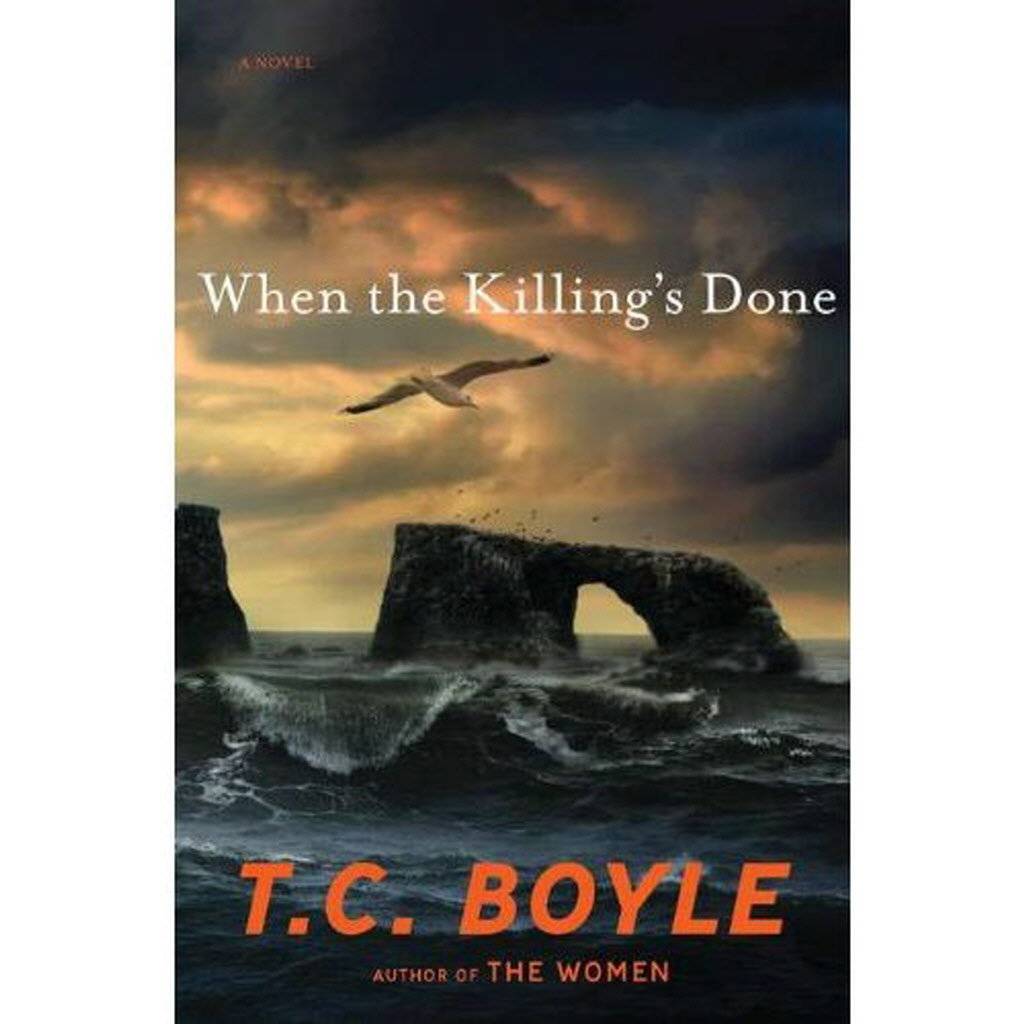 Q: How did you decide to write this novel?
A: Well, I'm very lucky in that if I want to find out about something or go someplace, then I imagine how it might be a story and then I go do it. So I'd been driving up the coast of Santa Barbara, coming home from USC where I teach, looking out at the Channel Islands, and wondering: what goes on out there? At the same time, the papers were writing about restoration efforts that were happening on the islands. In fact, there's a yellowing newspaper clipping on my fridge—I'm looking at it right now—with the headline EAGLES ARRIVE AS PIGS ARE KILLED. And that got me really intrigued to find out what the real story is. So, just like any journalist, I did research to gather the most accurate facts I could.

Q: Did you outline your plot before you began writing?
A: No—I never know what the story will be, I just let it fly and follow it. It's an organic process; I just follow it day to day and see where it goes. Of course, my story is based on real events. There really was an animal rights guy who went and threw Vitamin K tablets on the ground to try to save the rats on Anacapa, just like Dave LaJoy does.

Q: Do you ever find that you have no idea where you're going with your writing?
A: Sure—this is why I keep a loaded gun right next to my desk. (Laughter) Well, I work organically, so often I just read over what I've already written the day before. That way I can get it right before I move forward. Some days I go backward.

Q: I've heard that your writing process is quite systematic. Can you explain?
A: My writing process is my life. It's an addiction. It's no longer a daily choice for me—it's my life's choice. I write every day, first thing, for a few hours, then go outside for a hike or something. When I get something right, it's just thrilling and I want to do it again and again. I write short stories in between writing novels, and I always finish one thing before starting something new.

Q: Have you ever thought of writing a memoir or a book on writing? Wouldn't that please your readers?
A: No. Not gonna happen. I'm only interested in writing fiction. I'm an artist more than anything. I don't write non-fiction—no book reviews, essays, nothing. What's fun for me is to create worlds of my own, to dream a dream and then present it to the reader so you can dream it too. And, well, so far, so good.

Q: I'm sure you're familiar with Michael Pollan and The Omnivore's Dilemma. How have you solved your own 'omnivore's dilemma'?
A: It's taken me a lifetime to become primarily vegetarian. I will not eat pork because of the mistreatment of the pigs, who are as intelligent as dogs, which is just so wrong. My wife, on the other hand, she eats big bloody slabs of meat all day long. [Laughs] We can't get too fanatical. I don't believe in condemning other people. After all, as humans, we're all sinning in some way.

Q: Since you obviously don't need to teach, why do you?
A: I teach because I love it. I started the writing program at USC because I wanted to help spread the word that literature is cool. It's the young people I most want to reach, and inspire. I teach for selfish reasons as well—it gets me out of the house and gives me a chance to talk with really smart people about something we all love.