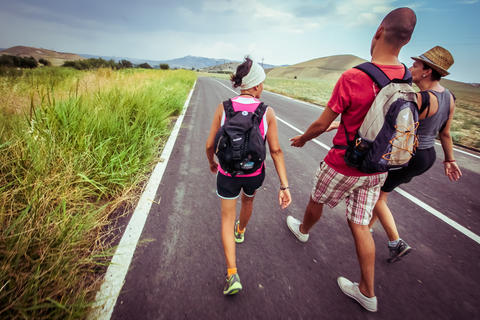 Building an organic connection with rural environments can be challenging for some, but a walk through the hills for others. In an effort to bring innovators to the countryside, I started the rural co-working space, Casa Netural, in Matera, Italy.

While cities can be productive hubs, they can also be overstimulating, crowded, and stressful. Alternatively, the country provides fresh air, space to create, and natural inspiration.

I strongly believe in, and have experienced first-hand, the importance of finding space for creativity – and the countryside provides the most opportunities for such space. It’s in these spaces, free from appointments, deadlines, and the bustle of the city, that our imaginations can work their magic.

Surely there is a time when you had a spontaneous idea while walking in the forest? Or when you suddenly realised a solution for a project while talking to someone in a village? Perhaps it was the simple observation of nature’s behaviour that enlightened your work?

With this goal in mind, Casa Netural launched an exciting project in August 2013 called NeturalWalk. The walk took place between August 19 – 24th, 2013. The journey took those involved through:

After a hugely successful first run, we are ready to push ahead with something even more ambitious this year. 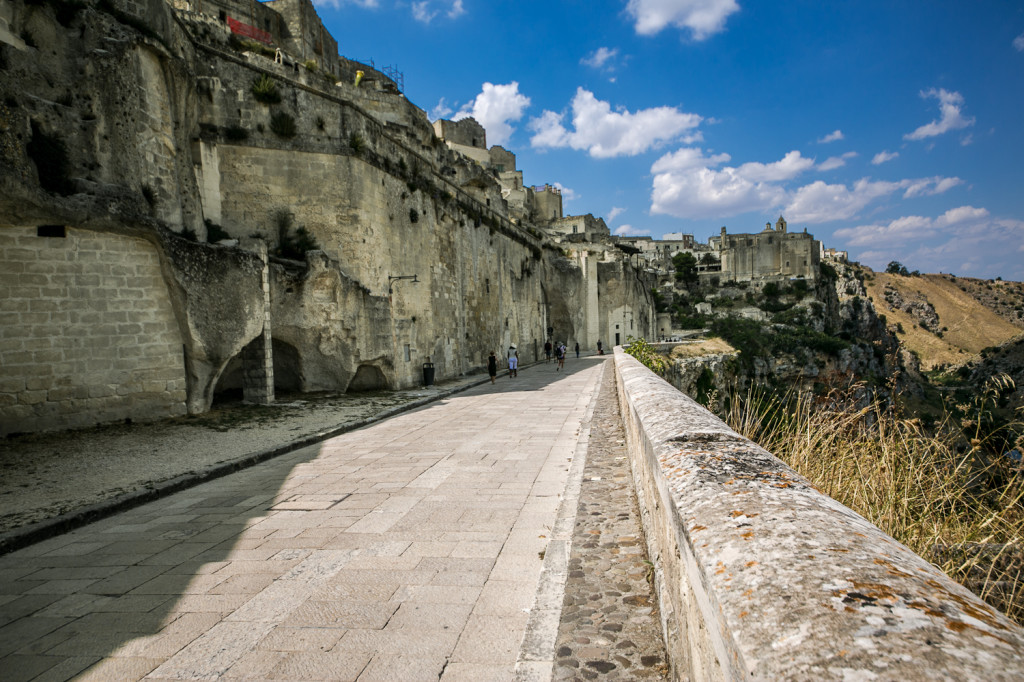 The city of Matera, a Unesco World Heritage site famous for houses carved out of rock.

The NeturalWalk is as simple as its name suggests. A walk through the little-known territory of Basilicata to re-generate links between the people and nature, while discovering innovative opportunities “per la strada” (on the street). It was born under the banner of Exploring Basilicata, another project of Casa Netural, to discover social innovation opportunities and success stories of the southern Italian region.

The experience of the walk is different from any “hiking” experience, as it’s a collective walk of inspiration and exploration of a territory, in which the main characters are the small villages and the people who inhabit them; their stories, their passions, their dreams, and their loneliness.

One of the goals of NeturalWalk was to map the opportunities that exist within Basilicata. During the journey from Bosco Verrutoli in Irsina through Tricarico, Grassano, Grottole and Montescaglioso back to Matera, the walkers recorded their meetings with the people, businesses, spaces, and stories through social media and an online Tweetbook, #neturalwalk. Using Trail Me Up technology we also digitally mapped the path to allow for virtual or real-life tours of the region.

The ingredients of NeturalWalk were basic: 23 walkers, 100 kilometers, six days and an open horizon. But the emotions and relationships it evoked were more complex and energizing than we could have ever imagined. 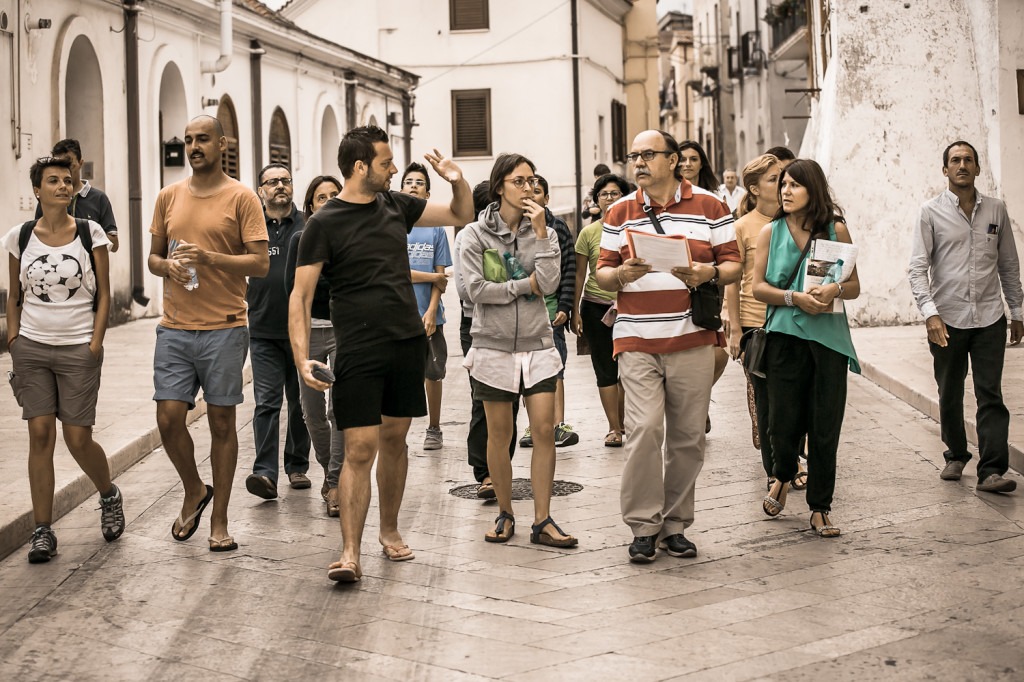 The group walking through Grassano, Italy

The strong need for people to get back to nature was obvious. The number of participants was limited for logistical reasons. We quickly reached that quota, and some. As the days and kilometers passed the connection between the intrepid group and the land became stronger. We slept in simple quarters, sometimes outdoors, we met amazing people, and we saw landscapes that have become foreign in our city living. This beauty inspired, calmed, and reinvigorated every walker – who were not just trekkers, but social innovators. It also created strong connections among the team. Most did not know each other before, but through the expedition, bonds were created, conversations had, and perspectives were shared. A new social network was created. Walkers came from diverse backgrounds including public policy (Alberto Cottica), education (Mariateresa Paolecelli), social innovation (Davide Agazzi), filmaking (Caspar Diederik), digital media (Giovanni Calia), and project management (Alessandra Vaccari) to walk, talk, and discuss their realities. Alessandra described the first NeturalWalk as a journey from “mind to body, the discovery of villages – to the discovery of the world, and from a group of people – to a new community.”

Not every moment was one of beauty. In the full heat of summer, walking every day was difficult. Also, these villages opened our eyes to the problems of abandonment, poor infrastructure, and a sullen attitude about the possibility of change.

We immersed ourselves in history and tradition by exploring the territory in the oldest mode possible, on foot, and combined it with networking through social media. This mashup may have created a new beginning for these often ignored realities. 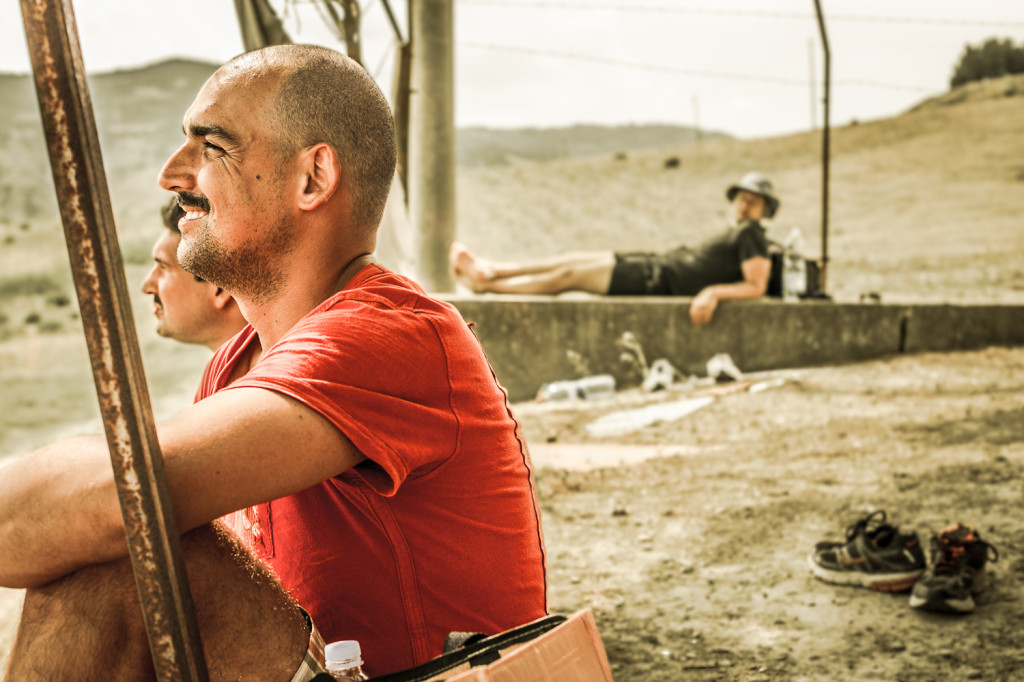 NeturalWalk is a new way to bring people to unspoiled places. It’s 2.0, but also human-centered. It’s hyper-local, but globalised because of social media and global participants. If you're interested in our next walk, please contact walk@benetural.com.