More Fuel for the Diaspora* - Shareable
Skip to content 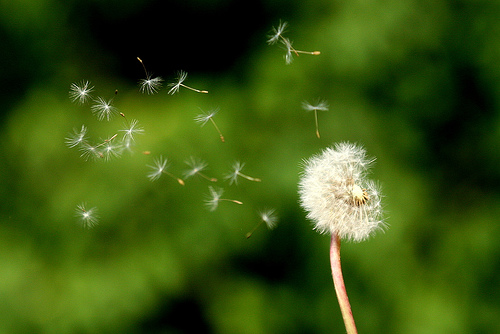 At first, I didn't get what all the fuss was about. So Facebook uses some of the data users post online to make revenue?  That's what Google's AdSense does right? Actually, not quite.

Facebook's current efforts on the privacy front are essentially the forerunner to the advertsing you saw in Minority Report – your data out there in the public forum where anyone looking to make – or swindle – a buck can do it.

Now humans have the ability to resist advertising, sure. But as a neuroscientist let me assure you that the research advertisers do is really good. A well put together campaign can even convince people who are aware they're being convinced.

Fortunately there is a team, being hailed as the "NYU Four", who are pulling out all the stops (and spending their entire summer) to code a new social tool. They're calling it Diaspora* – the spreading of social media wherever you want with absolute privacy.

The basic idea is to set up "nodes" where individuals can store their universal ID information – completely encrypted and private – and share with only those whom they choose a la P2P (or something like it). The idea is that people should be able to know exactly who is in on a conversation because they're actually participating. Only participants have access because they are in the conversation.

So how are they doing? Thus far, given the amount of anti-Facebook sentiment that is flooding the interwebs, they have more than quadupled their initial Kickstarter goal (now at nearly $140K, talk about a startup grant) – a sure sign that the denizens of the online world want what these four programmers are promising.

Well, their funding is now completely guaranteed, so they had better produce results. Currently, no prototype or demo code is available, so it remains to be seen what they are capable of accomplishing. Hopefully it emerges as a competitive, inclusive alternative to Facebook's current social monopoly.

(Side note/Shoutout to Dan Zarella: of the most commonly shared words/topics on Facebook is the word Facebook; apparently our new social tool is so self-aware that it is afflicted with digital narcissim. Perhaps Facebook is the first sentient digital entity 🙂 ).