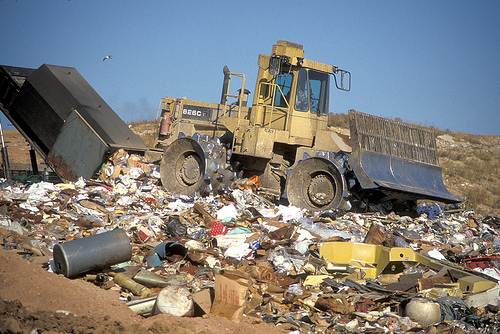 In the spring of 2010, a friend pitched me a startup idea for renting out children’s clothing through a website. I started helping out to learn more about e-commerce and entrepreneurship. The question for the business eventually became: how do we run a rental business without a warehouse?

The idea was floated that each renter could clean the clothes themselves before sending them to the next renter, so that the business would never handle clothes. When I went to grad school, I remained curious about whether that could work, and began exploring the broader question of how best to design a sharing economy at the University of Michigan's Strategic Reasoning Group, which uses economics and computer science to understand complex environments.
The great promise of collaborative consumption is that it can result in a more efficient economy — by sharing, we can collectively extract more value from the same stuff, to squeeze every ounce of usefulness from those drills, tennis racquets, cars, apartments, et cetera that suppliers are already producing. Or even better: to make a system in which fewer things must be produced to satisfy demand, saving natural resources, landfill, and money.
In order to realize that macroeconomic objective, the problem must be addressed at the microeconomic level by designing an efficient market for sharing. We want to maximize productivity from our stuff. We also want to spend as little money, time, and effort as possible using that stuff. Our research question is: what is the design of a collaborative consumption market in which you get exactly what you want, exactly when you want it, at minimal cost?
Designing the Perfect Market
How does one evaluate the design of a market? The field of economics in which this type of question is answered is called mechanism design. The steps to performing such an analysis are generally as follows:
Let’s get down to more specifics about markets for sharing. We need some different market designs to compare. The features I’ve hypothesized that would result in a more efficient market are: renting (as opposed to sharing), directly transferring stuff between renters, and incentivizing stewardship. Why these three?
Rental
There are two basic designs of a system for collaboratively consuming stuff: sharing and renting. Sharing relies upon social connections to enforce good behavior, meaning no money changes hands. Sharing systems enable family, friends, and neighbors to share stuff, but effectiveness wanes as the strength of social connections weakens. This means that the range of stuff available for sharing is limited to what the strongly connected group owns.
In contrast, renting relies upon monetary incentives to enforce cooperation. Because money has value to everybody, it can be effective even between complete strangers. The result is that the range of stuff available to users is not limited by the strength of social connections, as in a sharing mechanism.
Direct Transfer Between Renters
Transferring stuff is expensive. The cost includes both the time of the two parties and/or the cost of fuel and the use of a vehicle, a cost which increases with distance. How do we design a mechanism for renting stuff which has reduced transfer costs?
In traditional rental mechanisms, renters only ever interact with the owner of the good or somebody acting on the owner’s behalf. One way to reduce costs is to cut out that middleman and transfer the good directly from one renter to the next. There would be no need to build, rent, or staff a warehouse. Finally, shipping costs would be roughly halved by cutting out a leg of the journey between renters. Combined, these savings can be significant.
Those were the benefits, but what would be lost from a direct transfer? What exactly occurs between renters? One benefit provided by a middleman is that the good is held. Nobody wants a snowboard during the non-winter months, so can the last renter be expected to hold it for eight months until the next renter wants it? Perhaps the cost savings would make this a worthwhile option. The other major benefit provided by the middleman is quality assessment and maintenance. Perhaps we can’t count on renters to perform maintenance and repairs, but as long as no repairs are necessary, there’s no need to transfer the good to a middleman. However, this means the renter would need to let us know when the good needs to be repaired.
Can a rental mechanism incentivize renters to tell the truth about the condition of the good? Answering this question was the primary focus of the paper. The answer is that it’s possible, but difficult using only money as an incentive. The best approach would combine both monetary and reputation-based incentives to get the best result. 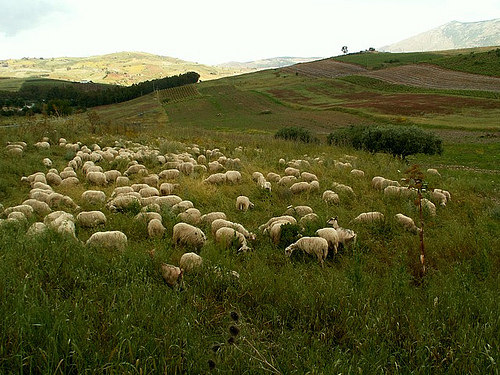 Don't let them overgraze! (Photo by a colori, used with permission).
Incentivize Stewardship
In traditional rental mechanisms, it is in renters’ best interest to extract as much usefulness as possible out of a good, even if this means putting additional stress upon it. You know you’ve had fun riding a rental car harder than you would have ridden your own car. That’s partly because you know you won’t need to pay the cost of that fun later on. This undesirable phenomenon is similar to the Tragedy of the Commons. A proven method for preventing the Tragedy is to give users a sense of ownership over the thing which they are depleting. I propose to make renters part owners of the stuff they rent, so that the price paid by every following renter also pays the original renter some amount for its use. When renters have a stake in the future revenues of a good, the best choice is to take care of it.
Conclusions
Perhaps the most important takeaway of this article is the method for evaluating market designs. If you’re a practitioner of collaborative consumption, examining your system by these methods can be a useful way of considering improvements.
You may also consider using some of the features I’ve proposed here. They may make for a more complex, but theoretically more efficient, market. I’d love to see these get into some products, and please let me know how they work out. Theory’s a great start, but the real world is a mess. Let’s see if we can clean it up.
“Now, the foundation of modern life is beginning to disintegrate. The institution which once drove men to ideological battles, revolutions, and wars is slowly dying out in the wake of a new constellation of economic realities that is moving society to rethink the kinds of bonds and boundaries that will define human relations in the coming century. In the new era, markets are making way for networks, and ownership is steadily being replaced by access.”
– Jeremy Rifkin, The Age of Access (2000)